Launched Slide with Bruce, Steve and my Dad. Here is my Dad off launch, Washoe Lake and Carson city in the background. 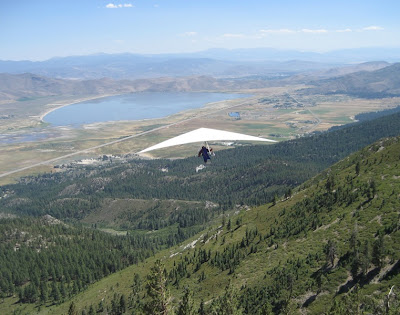 It was a tricky day to get up through the 10.5k inversion. Bruce and Steve headed off a little earlier and we split into two groups. Sarah chasing them, and Mum chasing us. Dad and I headed for Mt Rose and climbed through 17k there. Awesome views of Lake Tahoe. 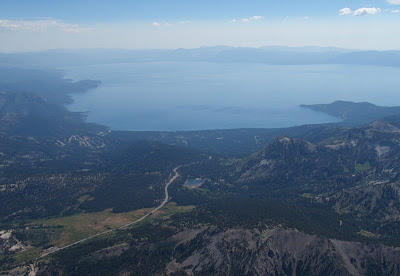 Next was off to Peavine, a small peak north of Boomtown. Dad was flying without o2, so got lower on the crossing. He head trouble getting up on Peavine and ended up landing a mile west of the peak at 7200msl! We are thinking maybe some hypoxia involved with this choice. It took 5 hours to retrieve him. I circled down and took a waypoint, then went back to the peak to get enough altitude to cross to Redrock. On the way across I got a screamer that took me from 8k to close to 18k in 10 minutes. The smooth thermal let me pass the coordinates to Mum who was driving for us. I decided to chase Bruce and Steve since I had such a jump. 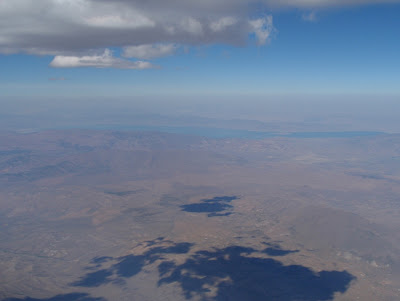 You could see Pyramid lake to the east with the volcano in the middle, and the Peterson range way below. 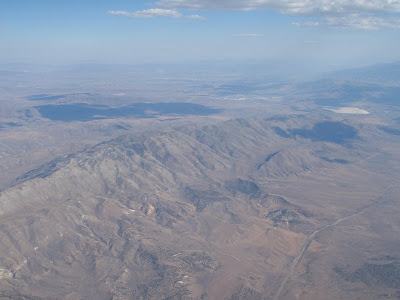 When I got to Mt Adams, I heard Mum had a flat tyre near Redrocks, so I decided to turn around and go help out. It was 20 miles back. Steve decided to do that too. It was an easy run. We started at 12.5k and arrived at 12.5k with very little circling. 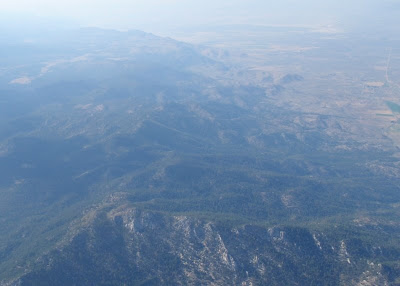 Trying to land from 12.5k in 500ft/min up was a challenge. In the meantime a fireman had helped Mum change the tire and we were able to choose a nice LZ that I would pound in to downwind taking out both downtubes and a corner braket. Never even touched the nose. 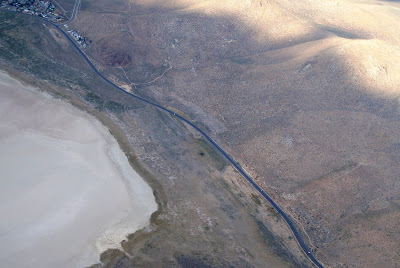 We got to Dad just as the sunset at 8:30pm and had the hour off the bumpy mountain track and half hour back to Bruce's. I was exhausted, it was a difficult day.