Another stop on the way up to Chelan : Smith Rock Its just up north of Bend in Oregon. Famous for rock climbing.

We took a hike around the park, it was amazingly scenic. A very deverse set of trails. 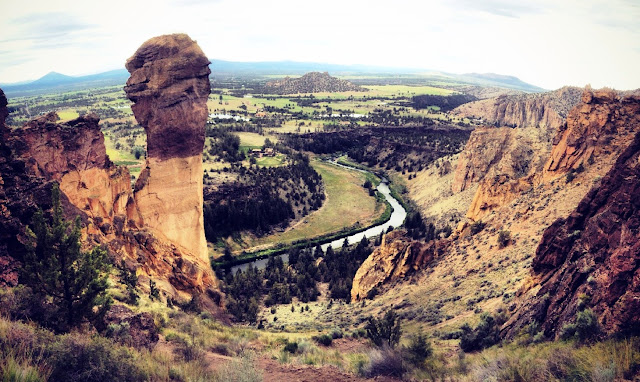 It is said that some rocks look like Monkeys ... ? 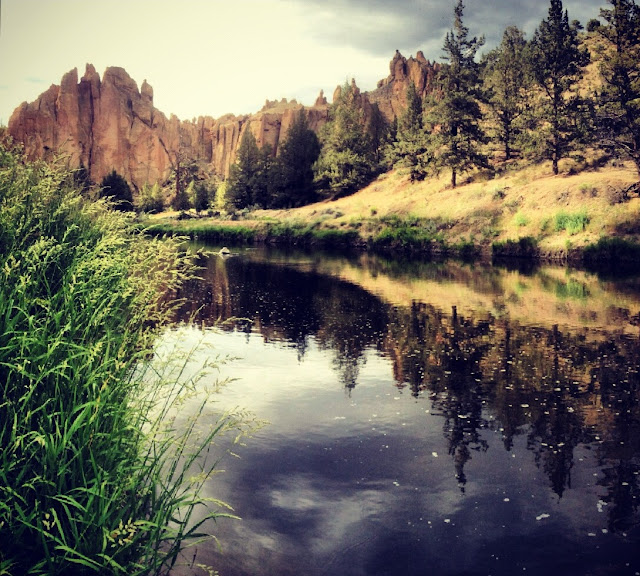 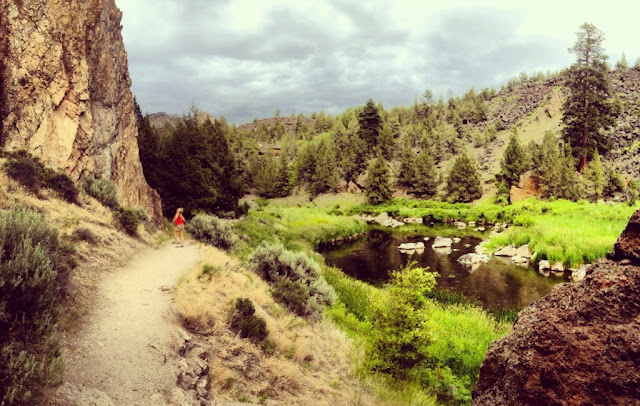 In the Cienega Valley near Tres Pinos there are some very nice Wineries, Pietra Santa for example. A great place for Heidi and I to visit after a morning of Hillside training :) 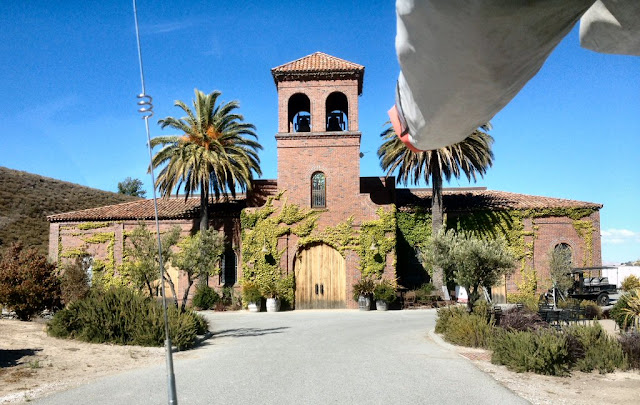 We couldn't resist stopping at the golden gate bridge, on our way north. 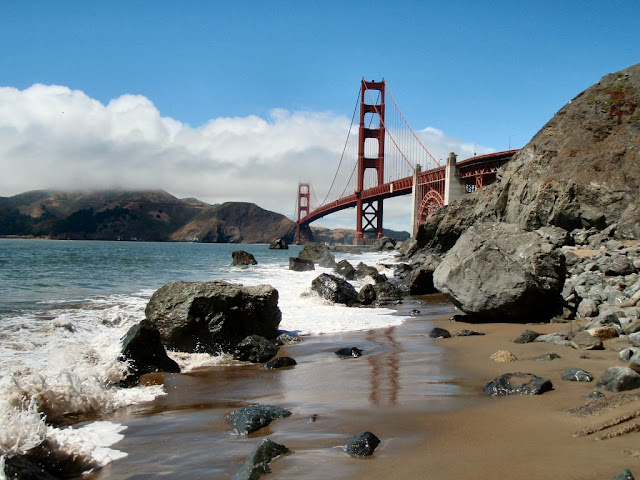 We happened upon the Axe of Excalibur in Weed. When we stopped there for lunch. Weed (the town) is named after Mr Weed. We just had to find that out :) 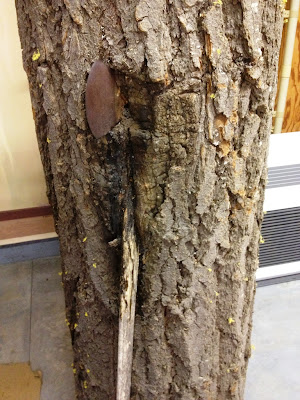 One the way to Chelan Crater Lake is not too far off the beaten track, and well worth a visit. The weather was unusually chilly.

It was not to far above freezing, with a crazy amount of snow for after the summer solstice. 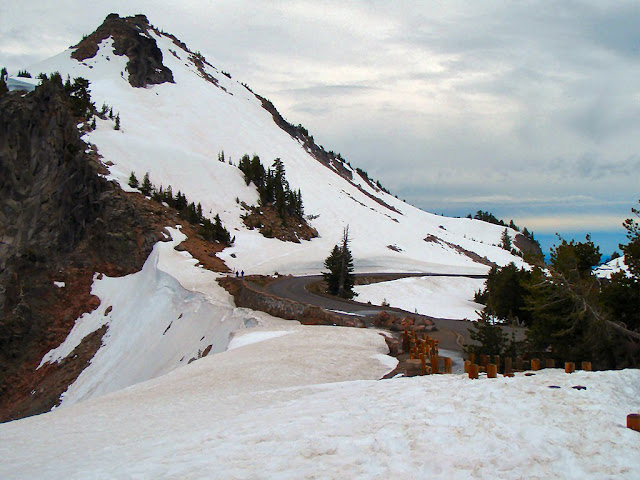 With the rest of the country in a heat wave the chilly air was refreshing. Quite a contrast from Texas for Heidi. 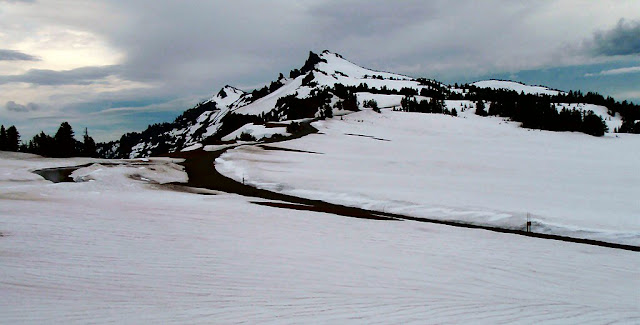 Only one side of the Crater road was open, the east side was still under 8' of snow ! One of the formations in the Crater is called the pirate ship, I took this shot with my point and shoot through my binoculars. Surprized that worked ;) 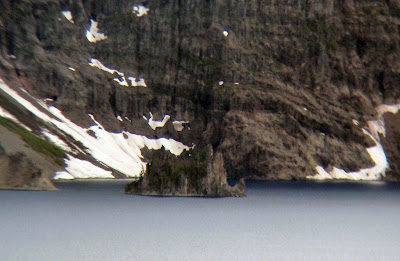