No more flying due to thunderstorms and terrential rain. 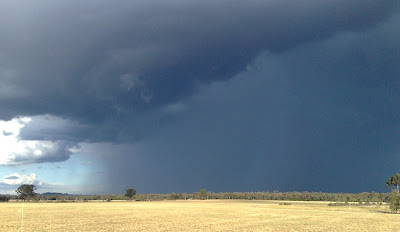 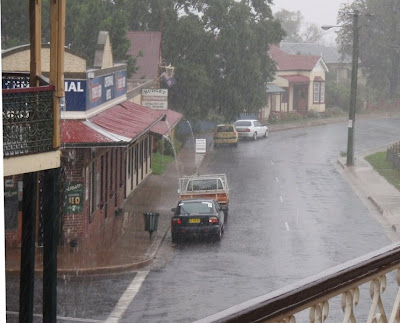 so the below standings stood. Jonny 1st, Curt 2nd and Blay 3rd. 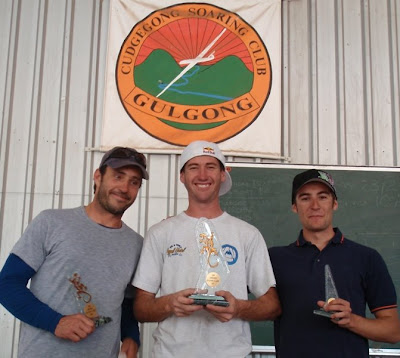 Task 3 - was set on a day that had a terrible forecast of thunderstorms and overdevelopement, but the sky looked great from the ground. There was very little lift upto the puffy cu's down at 44' MSL. Things were going quite well for me, with a good start time and being in the right place at the right time, but then like many I impatiently flew into cloud shadow and eventually went to the ground 60km out on a 100km task. 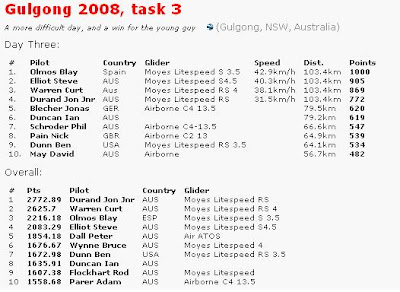 The previous day, there was no task called, but a lucky few did get a ride in the KingAir that Guido is delivering. Quite a treat!

The weather looks pretty dodgy for the rest of the comp. Hopefully we will get at least one more task in. Here are the results so far. 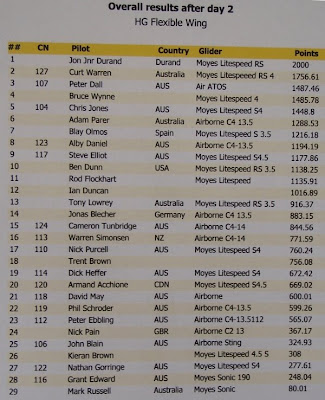 Here are the results from yesterday. 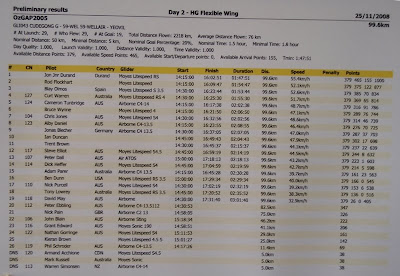 And the first task on Monday. 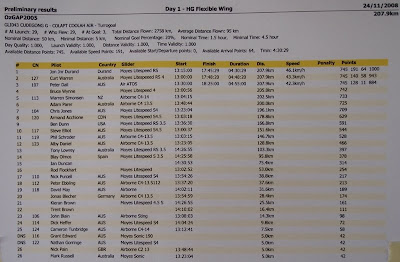 So here we are in Gulgong. It's a pretty little town 3 hours drive NE from Sydney. The airstrip is 5km north of town. 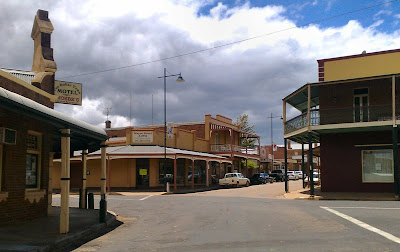 Day one of the Classic was cancelled due to strong and gusty winds, so here we are on day 2 (monday). The task was 207km dogleg to the north. There was a crosswing of 15mph which made it quite challenging. Only Jonny and Curt made goal. A few came close and I sankout after 167km, about 5 hours in the air.

Mr Redbull setting up his glider in the shade day3. The wind has switched to the east and a 100km task was called to the west of Wellington. Jonny won the day again. I made goal but took a much longer time. 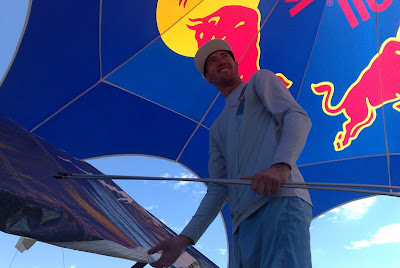 Guido from Austria dropped by on a flying visit. He is on his way to Fiji from Austria, delivering this Kingair 200. 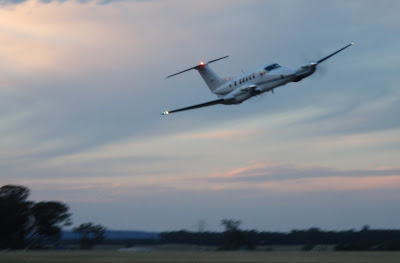 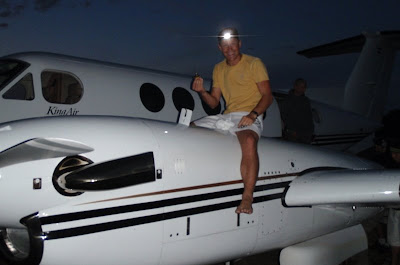 This is Blay - a pilot from Spain, we are flying as Team Nungra. 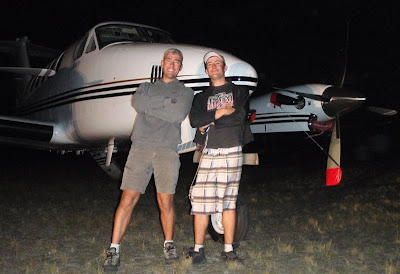 Well two days in and my arms are tired, and my nose cone split by a Wedgetail Eagle that attacked yesterday ! The whole glider shook and dropped when it hit. An exciting introduction to flying in Oz.
1 comment: Links to this post

A little over a week ago, I decided FedEx was the why to ship my my glider to Oz. I had called Qantus, United and American airlines and they all said no to transporting a 15 foot package as luggage. I have heard you can chance showing up to the airport with it and once there the airlines deal with it in a more hands on way. I have done this before but not since 2001. FedEx had quoted me $480 airfreight, and the peace of mind seemed worth it. Peace of mind - until I arrived at the Fed Ex office. I had pre-arranged a pick up and had a booking number, but that left much more paperwork to complete. First I needed an Air Way Bill (AWB 023) and commercial invoice and wanted me to fill it in with a typewriter! Yeah - I carry one of those around in my car ? . Then there was the export paperwork. This all felt a bit wrong since the glider should be a personal item. It took 3 hours to hand over the glider and the eventual price was $620 (one way). I quickly bought an airline ticket for me $700, and that took 5 minutes.

I spent a couple of days packing and preparing for the next 3 months. Fixing a tear in my harness took the entire sunday. I left the house Monday evening and arrived Wednesday morning in Sydney 14 hours later. Jonny kindly rescued me from the airport. And we headed off to the Moyes Factory where everybody helped me extract my glider from Qantus Frieght. We found out where that was and took off there. Only personal effects worth under $1000 Aus can be collected by general public. A broker would be needed to extract my glider through customs. And because it was valued over 1000 I would need to put up a bond (for temporary import), that I would be refunded after export. And because it was second hand, the glider was quarruntined and I would have to get it inspected by the Department of Agriculture. 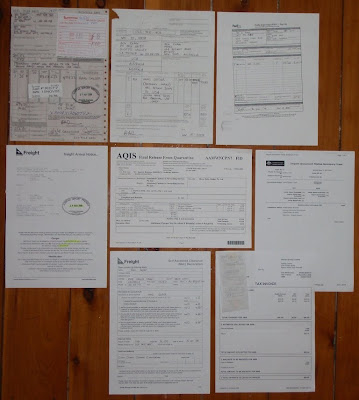 After 3 days of running around, we finally had my glider and we were off to Gulgong. I owe a debt of gratitude to the Moyes group for there help in finding my way through this process, and especially Jonny who has been running my around and taking good care of me. 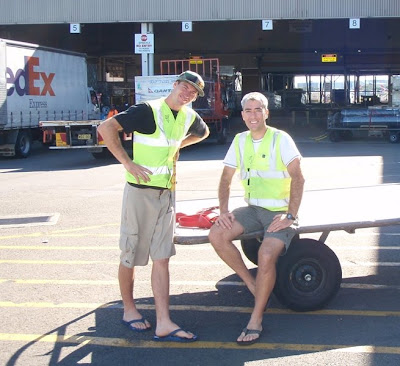 There has to be a better way of moving gliders around internationally! I was told by one guy at Australian customs that some of the paperwork can be done before leaving through the chamber of commerce using "Carnet" paperwork ?
1 comment: Links to this post

On a Business trip. 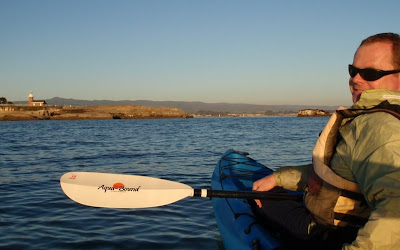 Nice evening to be out on the water. The Sea lions were having fun too. 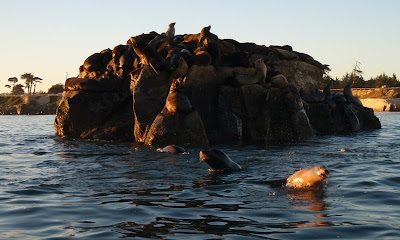 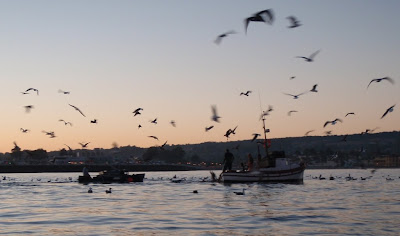 I've been promising Greg I'd take him flying for years. Sunday was the day, it was windy, but sunny and clear. 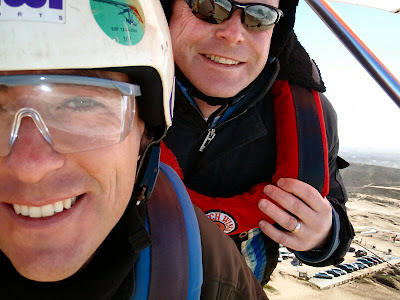 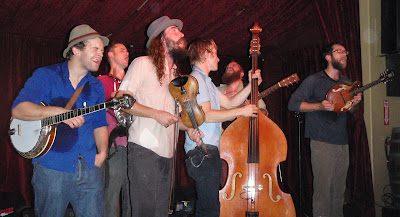 A year or so ago Dallas turned me on to a bluegrass band called the Hackensaw Boys. I heard they played Santa Cruz after the fact, and found them playing down at Monterey Live last night. Lance and Tom joined me and the show was excellent.