Friday was to be a practise day for Dad to get oriented in Lakeview, get the radio and gps logistics test flown and have a great flight. He was to fly with Bruce.

I was driving with Mum to show her the ropes of navigation and radio usage. 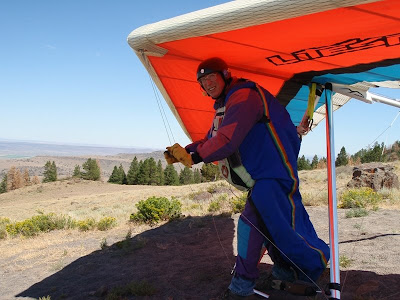 The day started slow and there were long gaps between thermals. Judging from the large variations in altitudes this didn't change much. After an hour Bruce was over the valley half way to Lakeview, and Dad was higher and not too far behind. 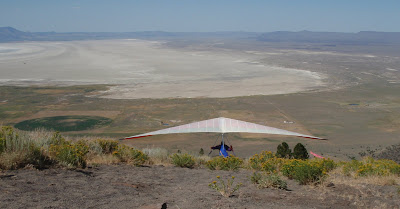 The views of Abert Lake and rim must have been spectacular. 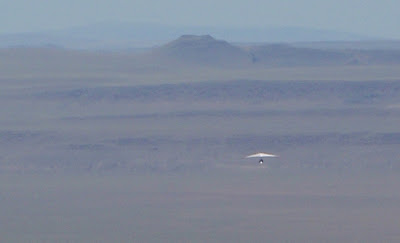 Unfortunately the glider was not behaving as Dad wanted. He thought it had a turn. This could have been a big factor in the landing mishap. In the final S turn it appeared to me that the glider hit some lift and got turned away from the spot slow. It looked like the glider side slipped out of view toward the ground.

It was not a pretty landing but Dad faired quite well. At first we thought his arm was broken, but fortunately it was just badly bruised with a small bone chip on the wrist. We went to the hospital to get Xrays to be sure and get the spine checked out. Things could easily have been way worse.