Its a bit of a shock coming back to the cold. I took Jess kayaking yesterday. It was drizzling a little when we started but the forecast for the next day was worse. There was snow across the bay on the Carmel Highlands. Getting out of the harbour was a little more "sporty" than I had planned. 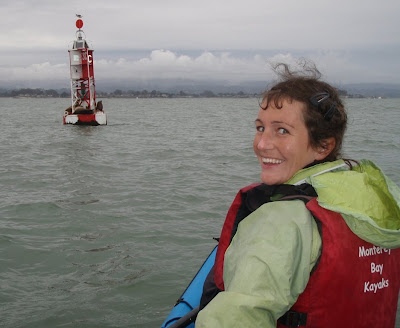 With the storms rolling through the harbor mouth has a sand bar across it, and with the 8 foot swell, there was some surf right in the entrance and the surfers were enjoying it. The first wave that broke on the kayak filled us up, and panicked Jess a bit. I loudly reminded her we needed to paddle straight through the surf to make it. 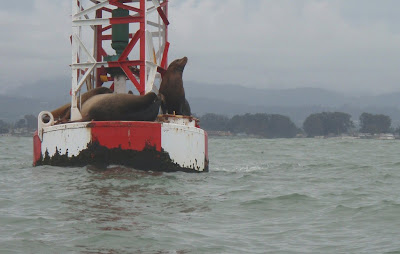 Once out there, we emptied out the water, and carried on, some much bigger swells came through while we were out there, and had me making back up plans for getting in if we got tossed. However we picked a small wave and rode it in. Jessica was a little dissapointed in the lack of action after all the apprehension. Still it was good to see the otters, sealions and pelicans. 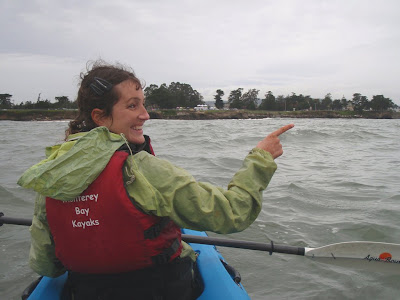 The day before, we went for a bike ride with Mele, Ryans Girlfriend, through wilder. However the main park was closed (due to the rains), so we rode along the cliffs. 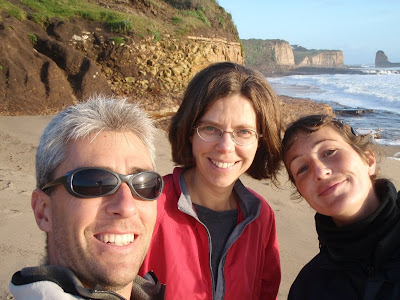 It was a pretty day, and a good 3 hour ride! 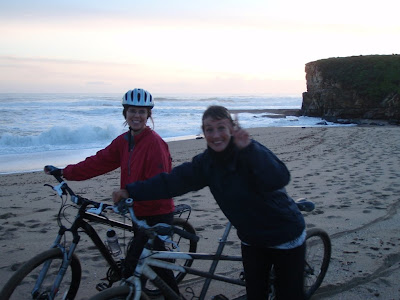