I have often asked and been asked "How do you set up your Flytec 6030?". It turns out Carl and Shedsy were the right guys to ask, giving me heaps of information and good tips. Since I have been making an effort to glide faster, I have been a little frustrated by how difficult it is to tell the difference between good lift, and turbulence induced stick thermals. A "stick thermal" is not a real thermal, but an illusion of one caused by converting speed energy to height. However this instrument has Totally energy compensation built in. What I learned was the ratio of energy compensation can be tuned in the instrument (this makes a lot of sense but hadn't occured to me). The default is 65%, which feels to low for the setup I have been flying. Shedsy recommended 85% to 95%. I tried it the next day at 95% and was immediatly pleased, much better. I will have to adjust my style to turn sooner in lift since the vario suppresses the slowdown climb that used to generate the illusion of lifting air.

Later on Carl showed me what he had for the 3 screens. 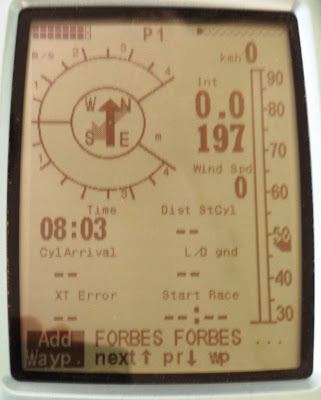 Page 2 - Navigating around the Waypoints 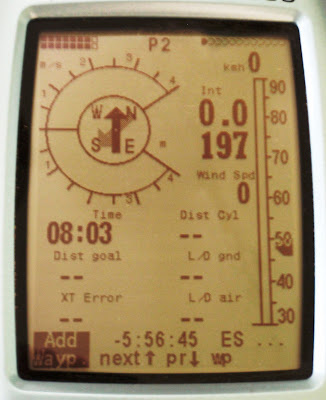 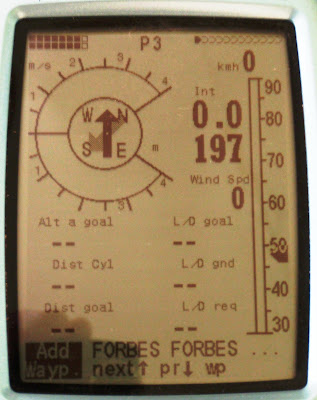