Oot and aboot in Grand Rapids. 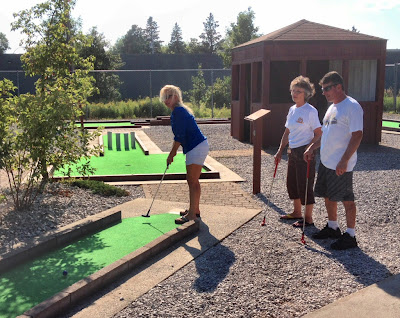 Mini-golf is a game I've always enjoyed, I don't remember being so bad at it though... I didn't even have a list of excuses pre-prepared ;) Heidi's brothers are very good at these kind of things, She and her Mom are ringers too! All good fun. 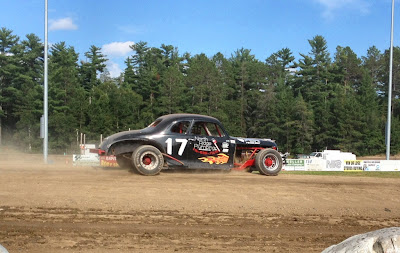 Grand Rapids seemed to be having a festival the whole time we were there. Hot Rods, classic cars, parades, lumber jack demonstrations, tree carving, cheese... 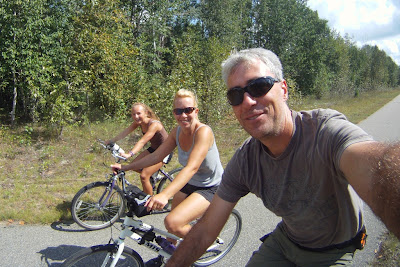 There is a nice bike trail in northern Minnesota called the Mesabi Trail. At 130 odd miles its pretty impressive. Old roads and railways make up the paved trail, that runs through the old open pit iron-ore mines. Which have recently started to reopen due to newer spoil reprocessing technologies. Many are full of very inviting water. The rich red color is beautiful against the lush green trees. 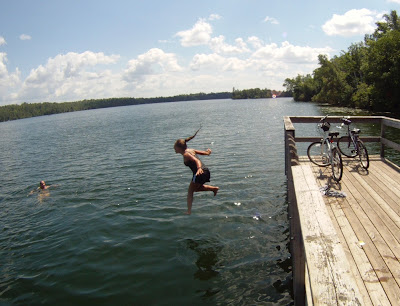 After riding around in the heat it's refreshing to jump in a lake. One should be careful which lake though. Some lakes could have a parasite carried by birds and snails that cause Lake Itch. Trout Lake is a deep one though and thought to be safe. 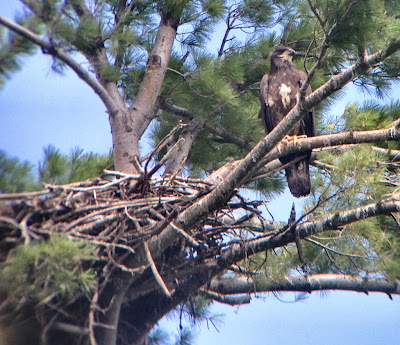 Trout Lake is also home to many Bald Eagles, one might think hey that's a golden, but it is indeed a juvenile Bald. 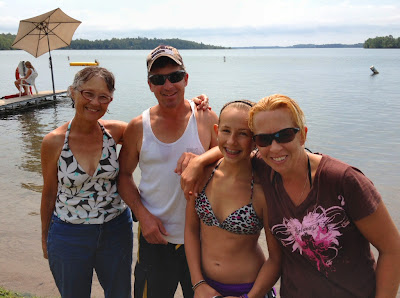 I like how accessible things are around there, the people are much more friendly too. 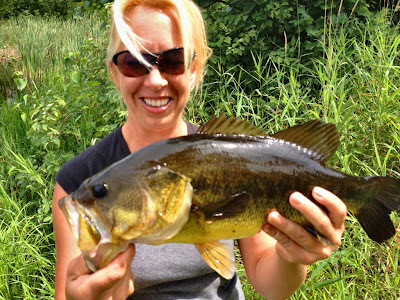 Now that's a catch !
And look at that Big mouth Bass too!
:)

One of the biggest lakes around Grand Rapids is Pokegamma. One of Heidi's old classmates we met up at her class reunion had a house boat! What a great way to hang on a lake. I've seen and heard about them, but never actually been on one. 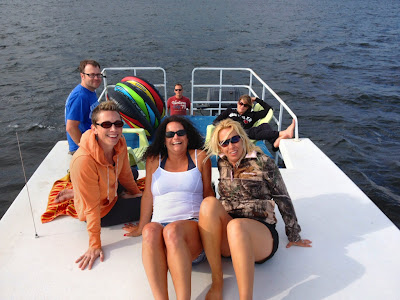 A great way to spend a day in Minnesota, with great friends. 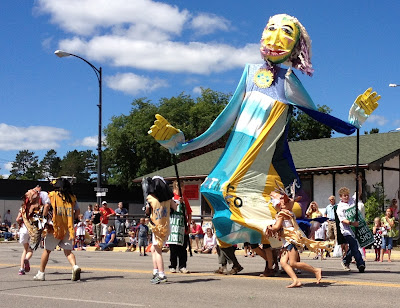 Grand Rapids had the biggest parade I've ever seen. It lastest an hour and a half! it had float planes, fire trucks, gynasium floats, vets, umpteen tractors, politians, horses and local busineses and they all gave out candy, piles of it. The dentists will be busy! 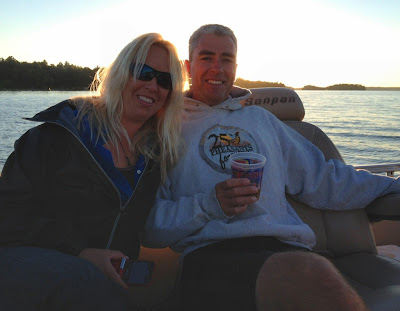 Our last night in Grand Rapids they had the July 4th fireworks. Its was August, but hey, who doesn't like fireworks ? 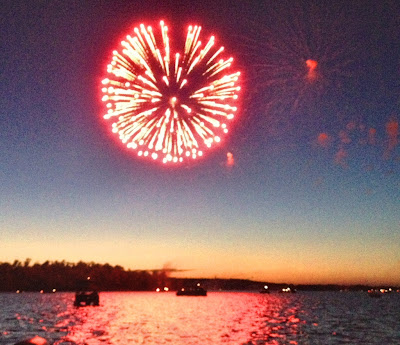 It was a great show, and what better way to watch it than from the water. Thanks to Nate and Sarah for being such fabulous hosts on their boat.