More to Chelan than Hang Gliding

Heidi and I decided to stay an extra day. Rent bicycles and explore some trails, Aaron had recommended Echo Ridge, flattish and good views, with some single track. 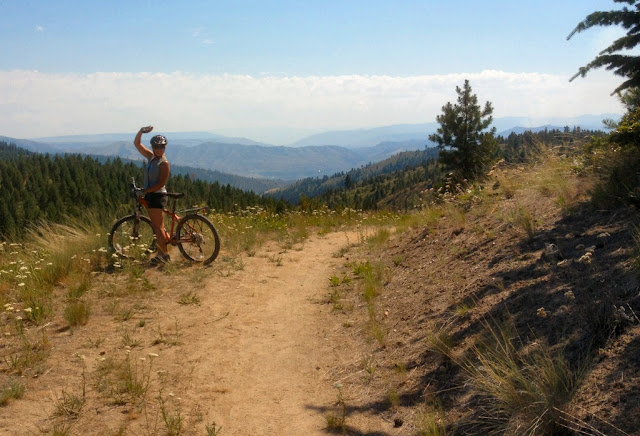 That's just the kind of riding I like to do :) 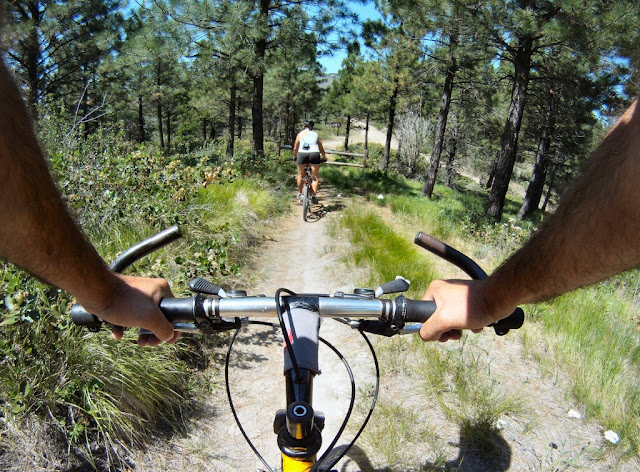 Though we both would have preferred temperatures well under the 104'F that it was ! 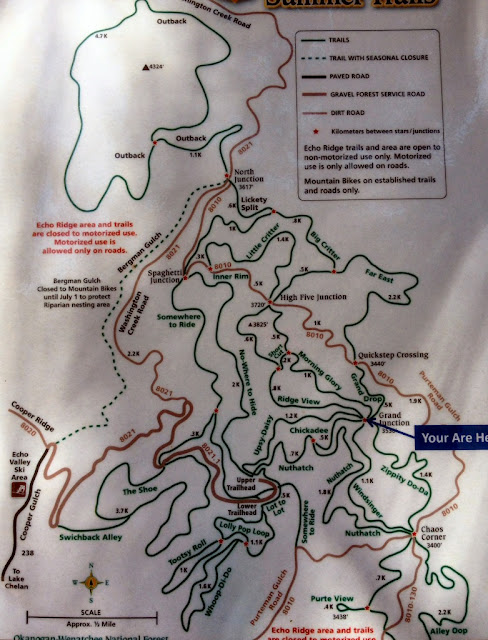 Echo Ridge is a pretty small park, enough trails for a day ride, for a serious workout you might ride it twice. 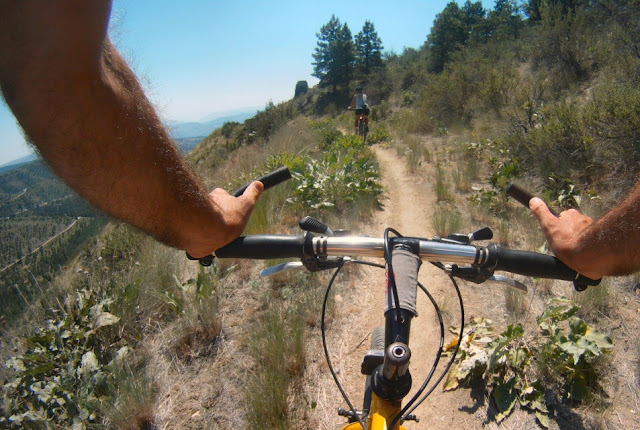 I bet in late spring the wildflowers are spectacular, there were still quite a few in the shade. I bet its fun X-country skiing in winter too. 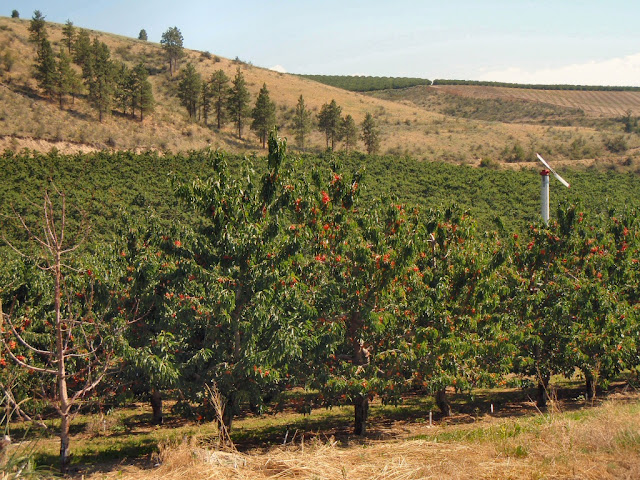 The lake and upper plateaus are covered with cherry trees absolutely laden with fruit. 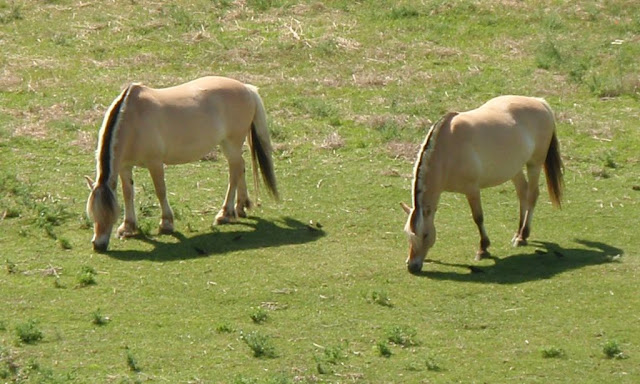 And a quiz for you all... what kind of horse are these ? I've not seen anything like them before. 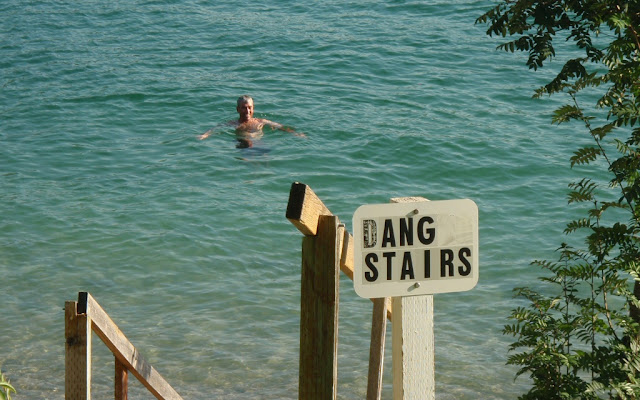 In the extreme heat a dip in the lake was in order. The water was much more "refreshing" than I remembered. Turns out that in town the water is a good 15'F warmer than westward toward Stehekin. Which in hindsight makes a lot of sense being that end is glacier fed... 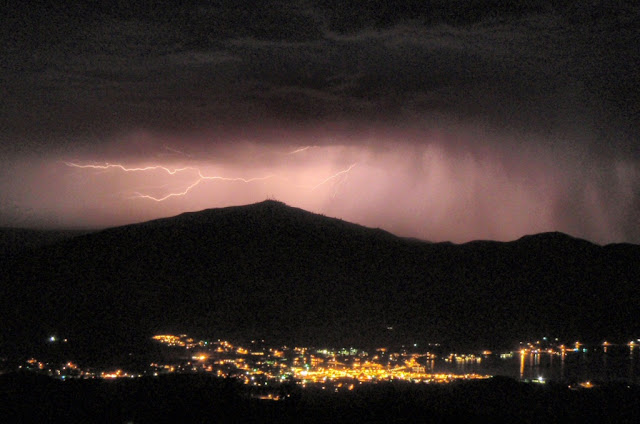 The heat ploughed on into the night, and at midnight the storm we'd been tracking on the radar finally arrived. One day I'll figure out how to get decent lightning shots, this is the best I could do after taking a hundred shots in different modes. It was quite a show.

That was a great day minus the beginning moments of the ride with the heat and all:)

Are they golden palominos? That'd be my first guess.

not sure on the horse, after some research I was confused as to whether color and breed were absolutely linked. These horses were short and stocky with what I understand to be dun coloring, but that's as far as I got...