Quite a few in our group, we camped up in the beautiful Alabamas. 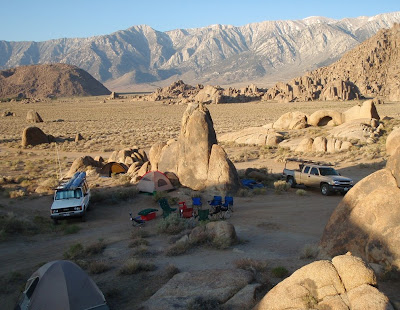 Flew from walts again, the forecast was much better, less chance of over developement. Higher cloudbase. The winds were a little stronger but still light. I had a little trouble crossing from the Sierras to the Whites, getting down to 5700' in the middle of the valley, and working my way back up. That slowed me down considerably. 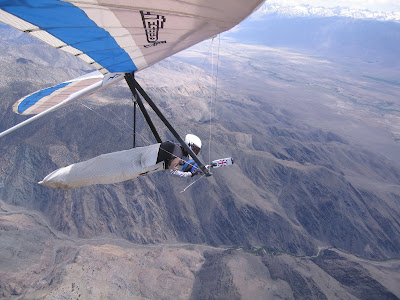 The run to Montgomery peak was fairly easy, but bitterly cold. My Camelbak froze and my fingers were numb even with gloved and barmits. I didn't bother climbing to 17,999' again. Right around 4pm at montgomery peak things changed. A few cues that moments before were innocent looking starting dropping virga. The clouds were small but virga is still virga. I ran from it will Bruce got pummled to the ground (all the way) he was ok but it sounded nasty on the radio. The virga was causing 2000 fpm down and switching winds. I managed to outrun it and the way ahead to Mina looked good. 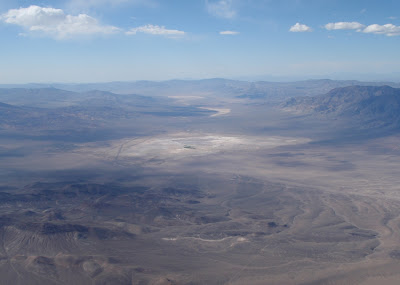 But it was catching me up again, I decided to land before the chute might sound like a preferable method of landing. The turbulence was a lot like I experienced at King 5 years back. The same air that tumbled Jeff. 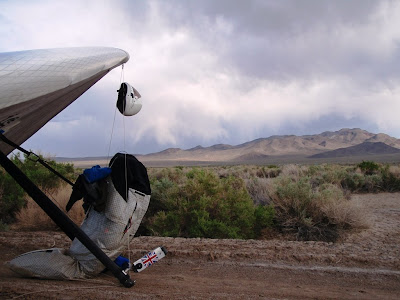 It was the right choice, just moments after getting the glider in the bag the sky went like this. 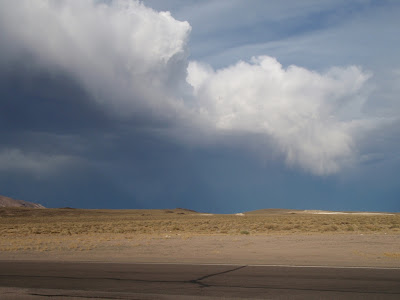 Here is montgomery peak at 6pm. 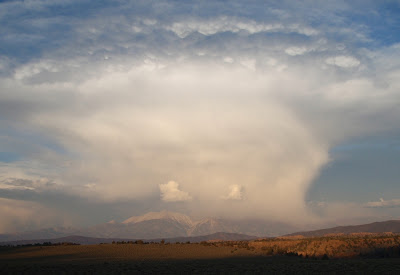