- is a festival based in Coulterville, and also an excellent spring fly-in bassed at nearby Lake McClure. Jay hosted the festivities this year and did an outstanding job. Glen was master chef, Brian welded the awards, there were many other volunteers too.
There was a pylon course, duration award, speed gliding contest, and XC challenge. Steve picked up both duration and the pylon course. He survived the challenging part of the day, that flushed many out of the sky. 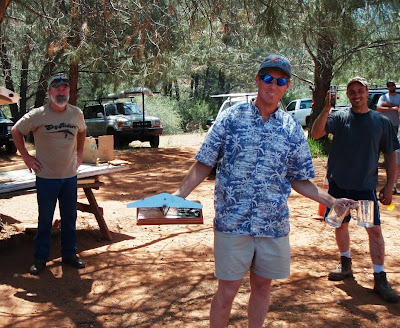 Chris "!! PREDATOR !!" won the speed gliding on the Predator. 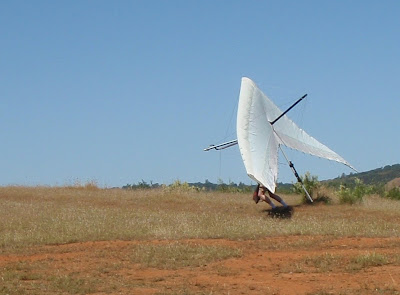 Brian took the golden hammer award, I missed the event that earned it. 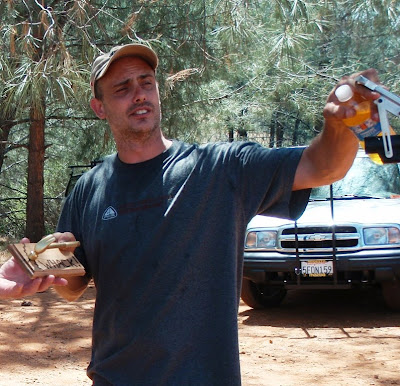 Sunday was a better day, I launched later and climbed straight to 5.5k headed out towards La Grange. I didn't hit a bump and turned back before it was too late. Flew Horseshoes a bit, then went and climbed above launch again. Carm had generously offered to pick me up on the way home, So I was trying to follow 132 as far as I could. I didn't have high hopes after the first attempt but nothing too lose. Looking back over Lake McClure. Horseshoe Mtn middle right and Launch to the left, you can see Hiway 132 cutting just below launch. 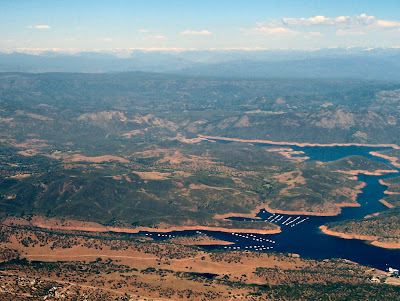 The wind was NW15 mph 45degrees off a complete headwind. La Grange (left of the Tuolumne river) is a funny little town, it is tiny but with more character than most citys. 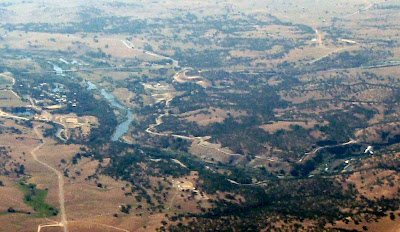 Just west of it there is a swimming hole, that maybe subconciously suckered me in. It was 95'F on the ground, and probably 40'F in the river! Had to be done. 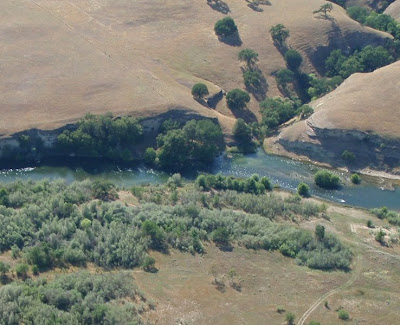 Many thanks to the McClure guys again, great to see all my friends I haven't seen in 6 months :)