down at the Yampa 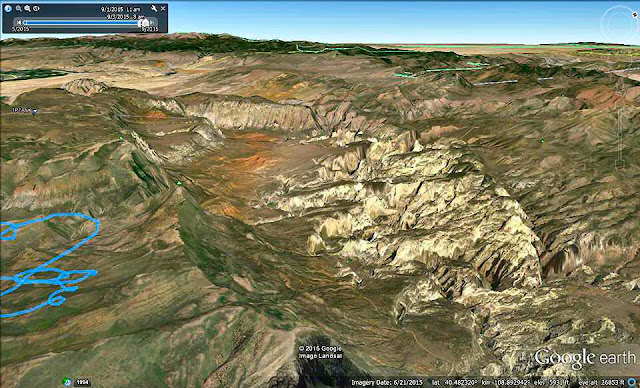 We flew Monday, Tuesday, Wednesday, and while I appeared to be really rusty at the competition flying (and possibly a little unlucky too) the scenery was amazing. On the Wednesday task, I made a navigational and tactical goof. Instead of waiting for the clouds to reform, I chased a group of pilots through the first start clock. They all ended up landing shortly thereafter, and I drifted in the weak lift and strong wind, waaaaaay off course. I never recovered from that choice, veering something like 28km off course and the best I could do was get within 10km (downwind) of the first turnpoint in the 38km/h wind. But I *was* still flying and over amazing terrain to boot, so I decided to go with it and take in the scenery, after all that is what I came here to do. I pretty much flew the length of the canyon and landed at the goal field. My biggest regret was not taking a camera. Above is a google earth rendering of the terrain. 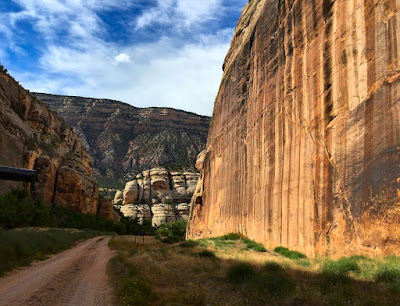 So the next day, after the task was cancelled, Wayne and I headed down the canyon (to Echo Park) and saw it close up. We were not disappointed ! 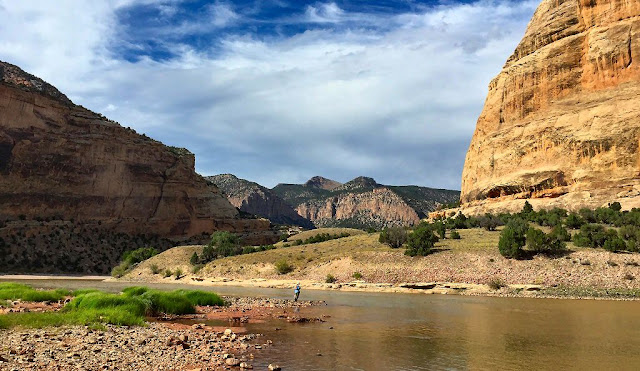 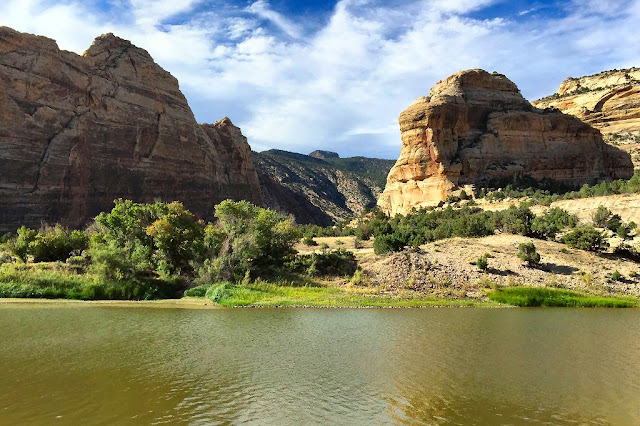 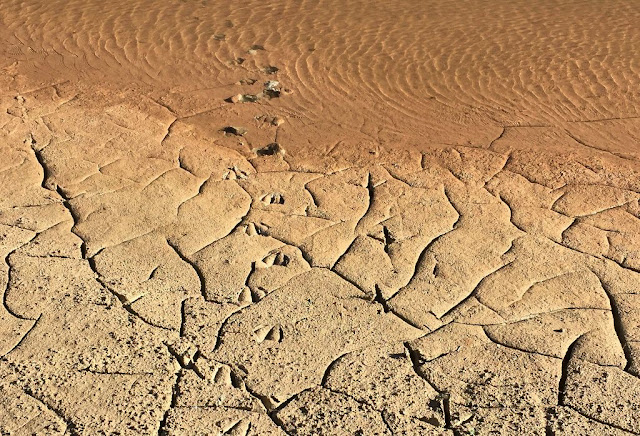 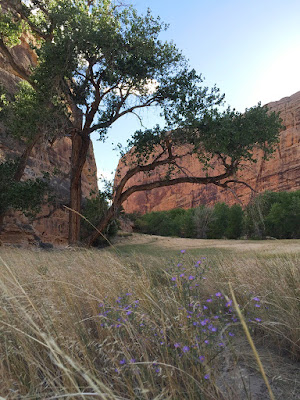 Above a Goose and a Crane passed each other on their morning commute. We hiked around a bit and took a swim in the Yampa, there was no bad angle to take pictures! 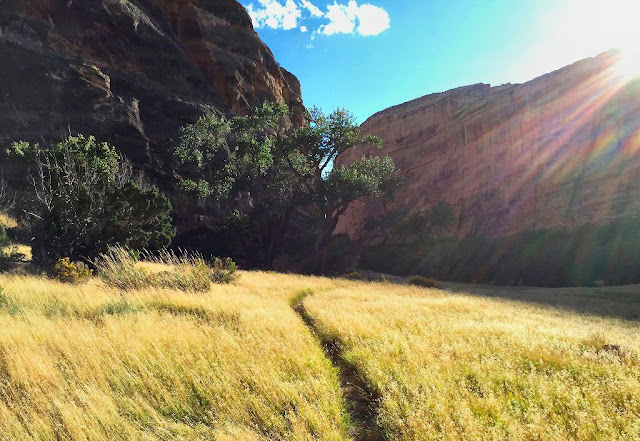 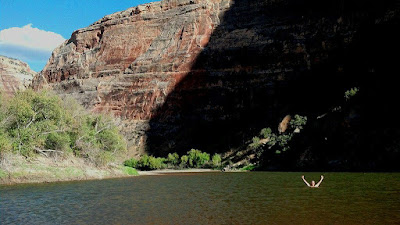 The water was a very pleasant temperature, and pretty clean too. 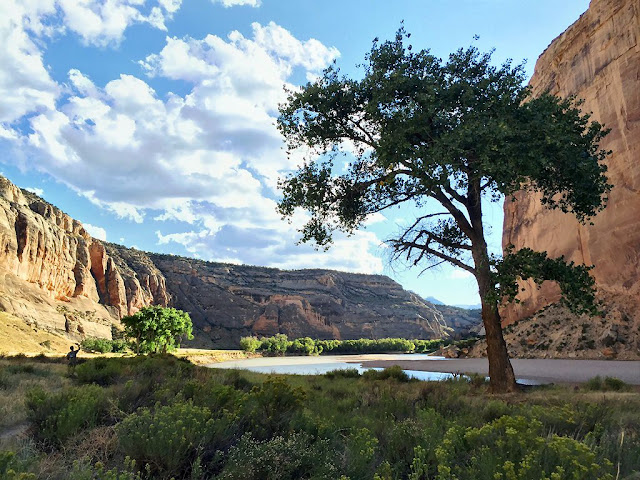 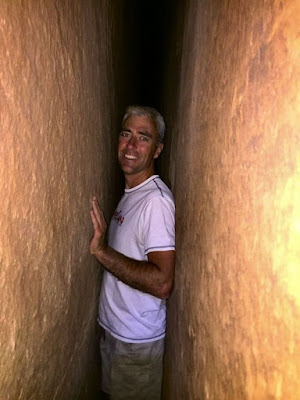 On the way back out to the first plateau, we stopped in whispering cave, it goes pretty far into the sandstone, with an amazing cool breeze, outside it was 87'F inside a refreshing 68'F. Next stop was the Chew Family ranch house, now a museum. 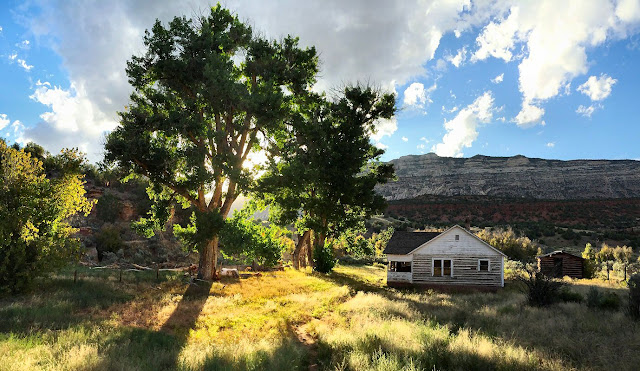 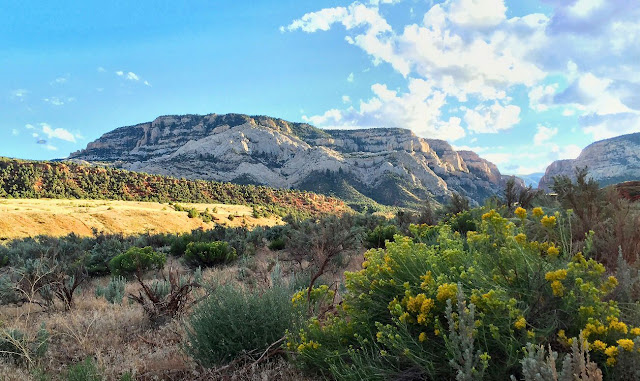