It's been over a year since Heidi and I were officially married. With the big changes like move from Texas to California, find a new job and Maddy being born there was no time or buget for a honeymoon. Valle de Bravo, Mexico @ Thanksgiving 2014 was slated as the time and place, long ago. At the least it was a great reason to get the family together. Last minute news of civil unrest, exactly where we were going two days later, on top of rising awareness of general corruption, was not what I wanted to hear! An uneasy feeling was growing in me over the choice of destination. But I have to say, it all worked out just fabulous, for us. The other stories continue to unfold. 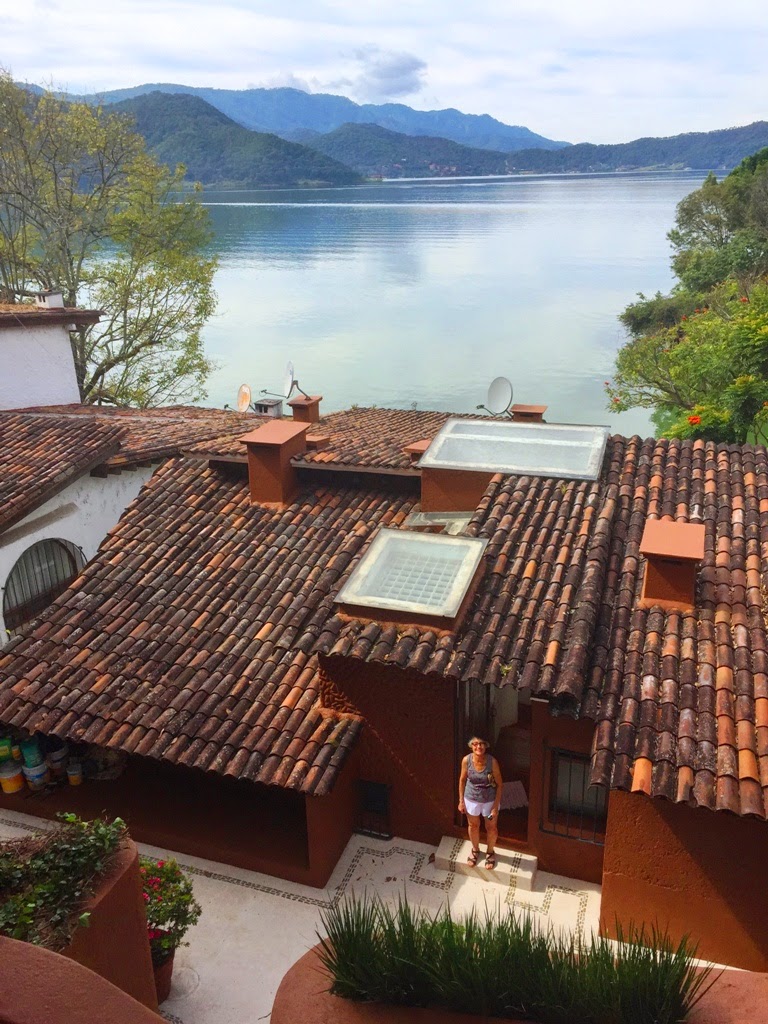 We arrived in Valle de Bravo mostly unscathed, despite our taxi driver being disorientated and lost from start to finish. I have to to say, having read many horror stories of taxi drivers abducting and robbing their passengers, being lost in a blocked street after only two right turns; I was less than impressed and ready to get assertive. But it seems this guy was genuinly lost. The 2.5 hour journey took just under 5 hours. A recurring theme of the trip ;) we landed here. A small slice of only slightly tainted paradise. 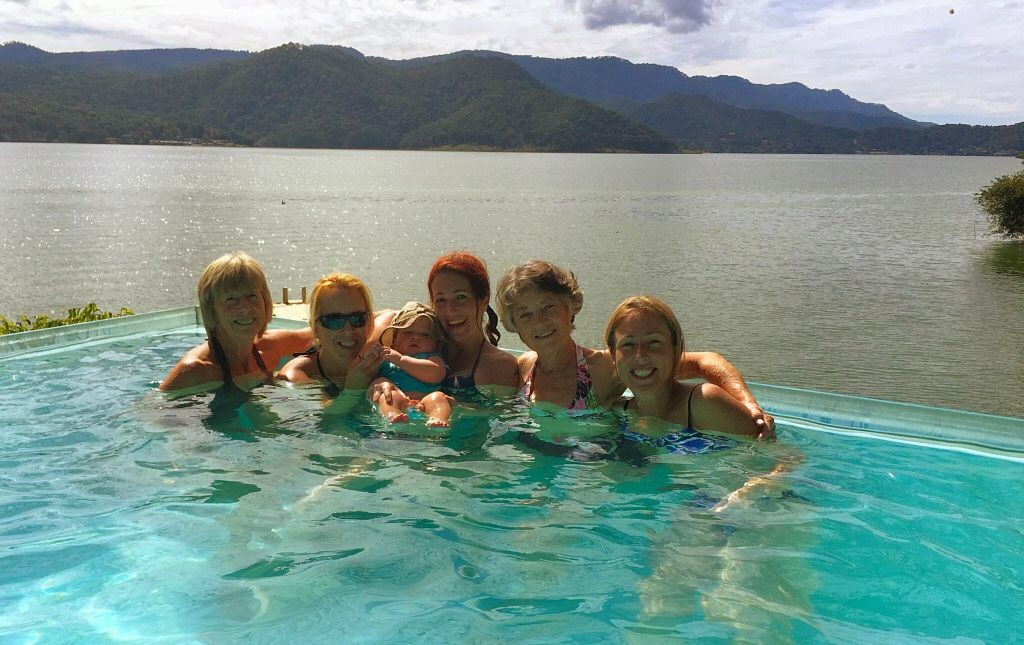 It didn't take long for the girls to find and get in the pool. 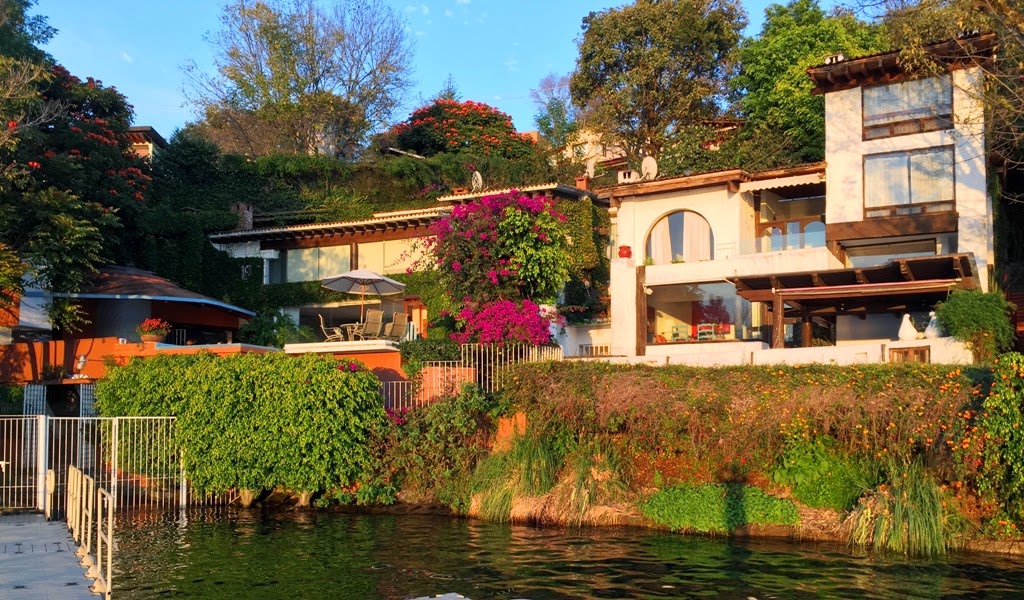 The spacious 4 bedroom house would be our base for the next 10 days :) With family and friends coming and going, it was very pleasant.

Just down the street there was a nice floating bar. It was easier to kayak there than walk, if it wasn't for that wet butt! 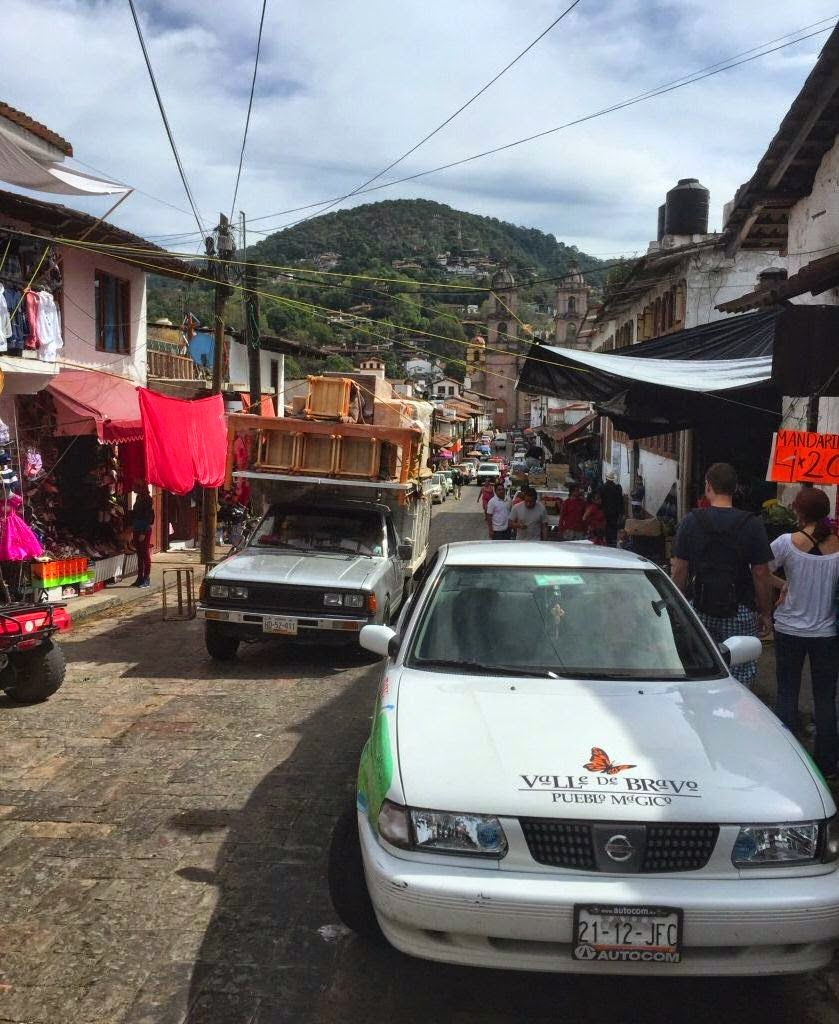 Town is fun to explore. It is very touristy and easier to walk around than drive. Locals ride motorbikes or quads, and every other car is a cab. 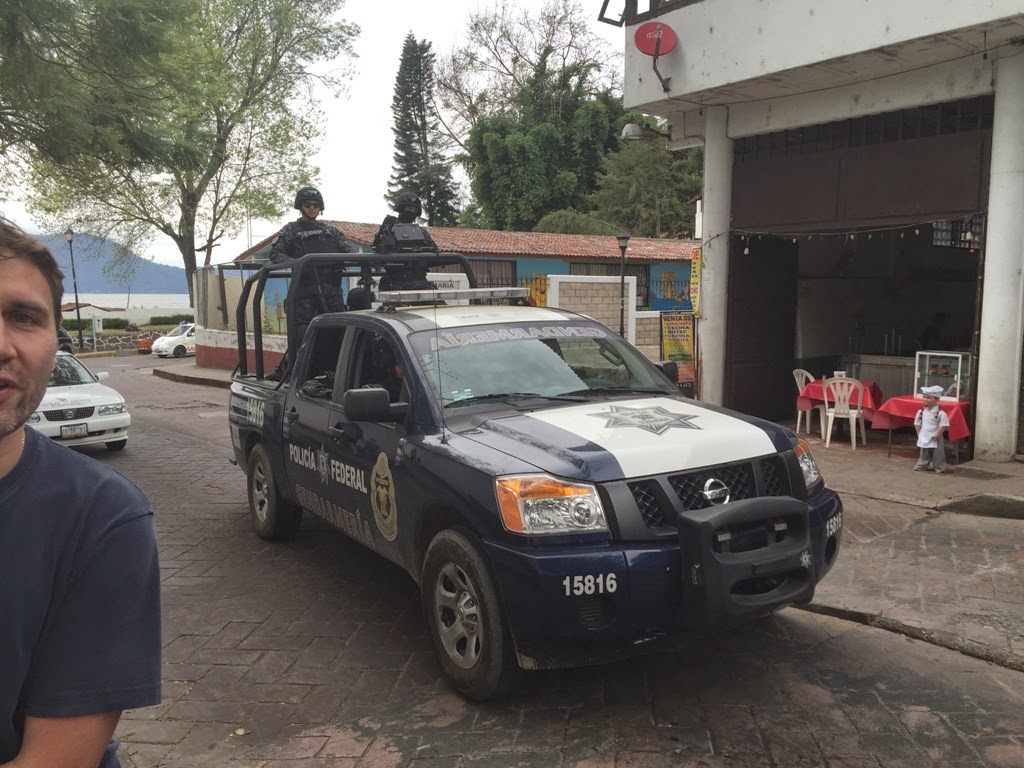 Every other car that isn't a cab is a Federale truck. It was un-nerving to be looking straight down the barrels of guns resting on the window or door frame as the bounced through the cobbled streets. The adventure was just begining.