Once in a while it is nice to spend time in a city and do a little cultural touring. We started ours at Chapultepec. There are several landmarks, here is the BBVA Bancomer tower. 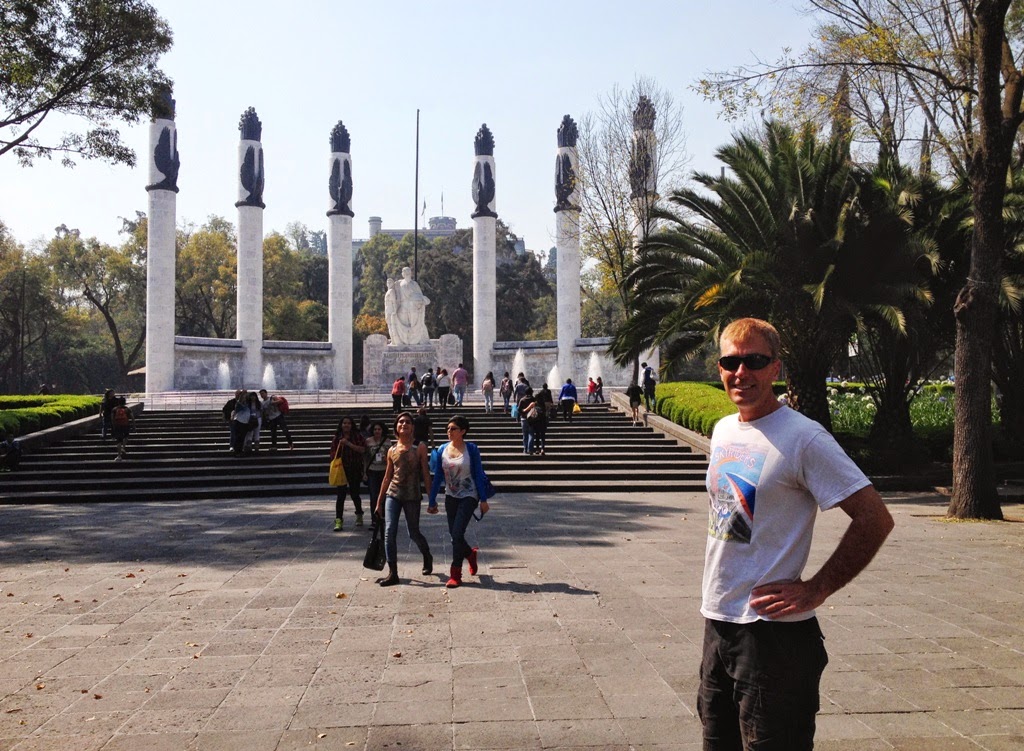 We walked by the Monumento a Los Niños Heroes, on the way to the museum of modern art. 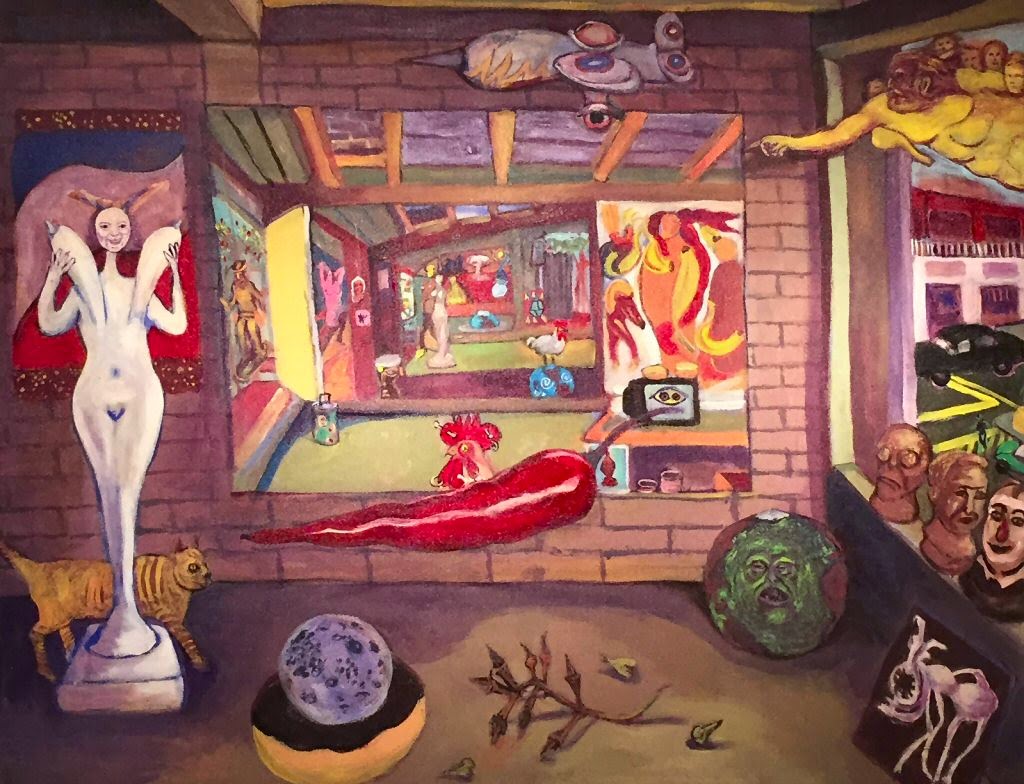 I'm not such a big fan but sometimes enjoy the bizarre stuff. The main reason of going was to see the works of Frida and Diego on display there. 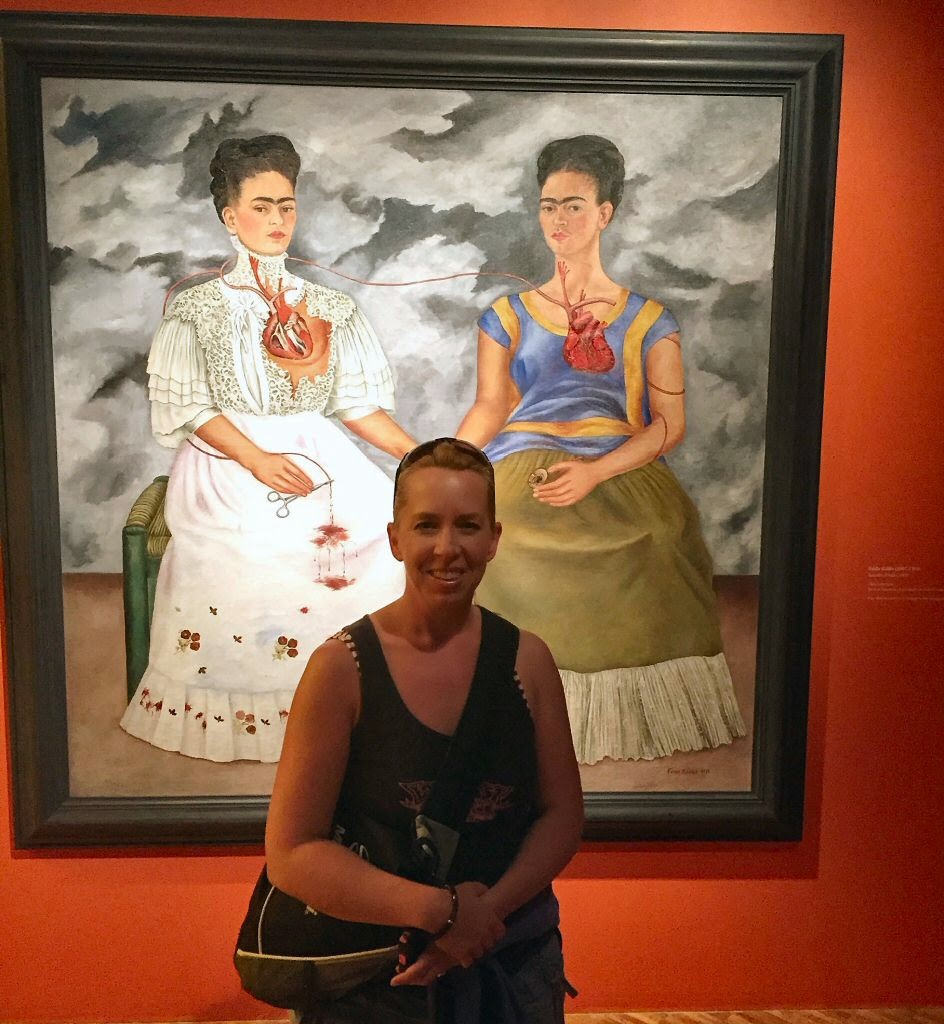 One of the more famous works, Heidi studied and taught this stuff for years so she was pretty stoked to be around it. 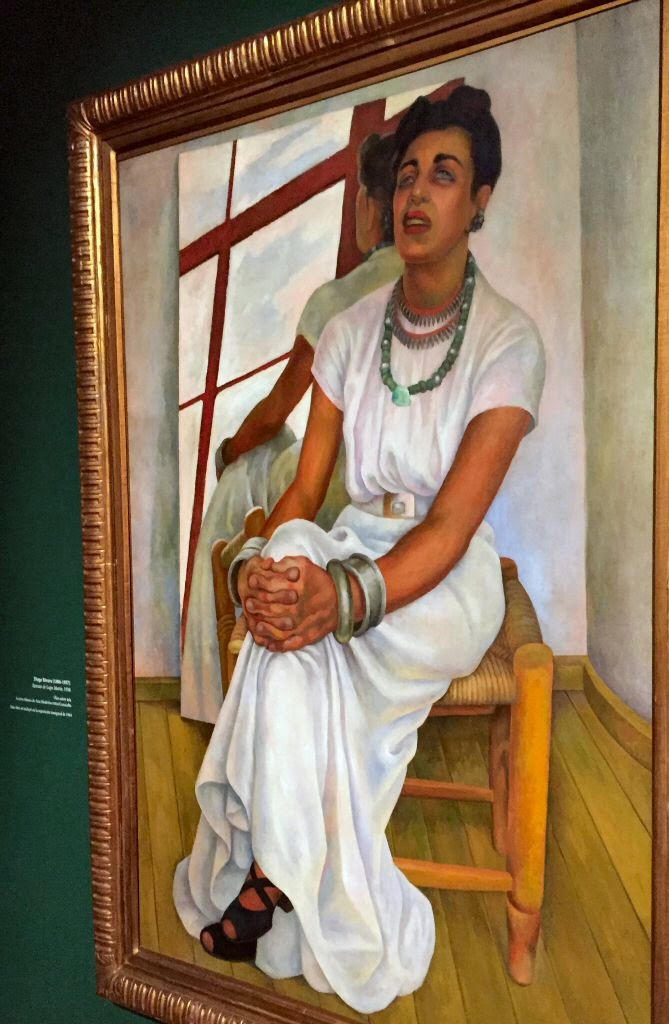 I wonder if Lupe Marin really had hands like that ? 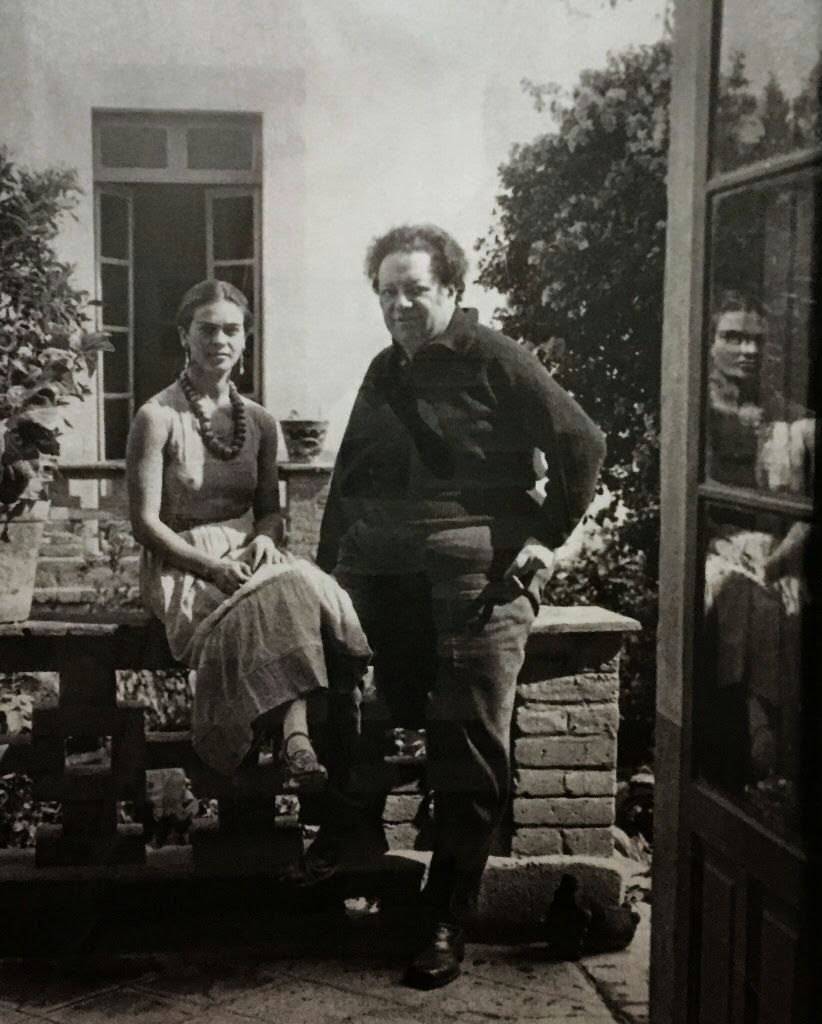 Of course we also had to go see Diegos' Mural near the Hidalgo Metro station. This photo of the two was hanging in the stairwell, in what is now a museum. A few blocks east of there is the Casa de los Azulejos which is totally different than the Casa Azul, which we were actually looking to see. It'll have to be next time since Maddy needed us. Here's a note for myself, so I can bypass all the bad directions and maps. Casa Azul : n19.3550, w99.1623 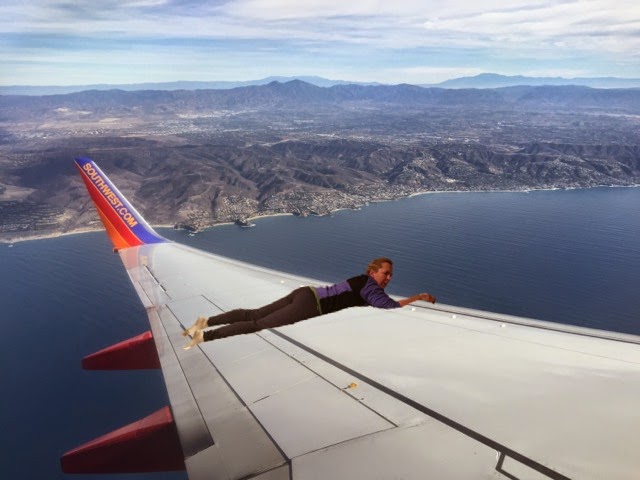 Heidi wanted a wing seat on the way home... I did the best I could.