Some engine trouble delayed Sheena's flight to San Francisco 3 hours and we missed all the festivities at McCLure. We caught the speed gliding landings Sunday morning, and I caught up with some friends I haven't seen for a while. There was talk of flights to 10k the previuous day! Wow. Sunday was nice and just breezy enough to use the middle launch. (Main launch was quite busy) 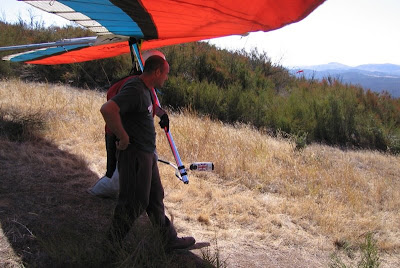 Brian cleared the launch, reducing the relivence of my 100 foot mexican cactus brushing experience a couple of years back. Thanks Brian! 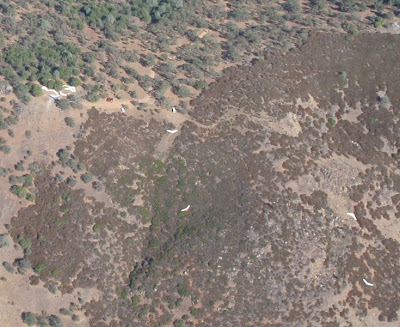 We all flew around for a while occasionally getting to 5500'. There were a pair of bald eagles and a pair of golden eagles flying with us a rag wings. 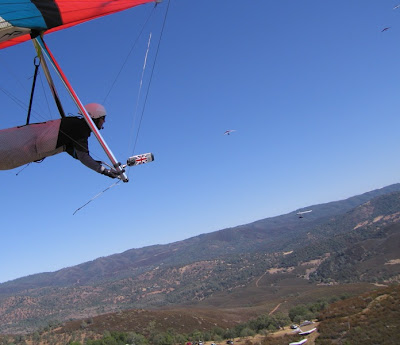 I flew over to Pinon Blanco and on to Don Pedro Lake. 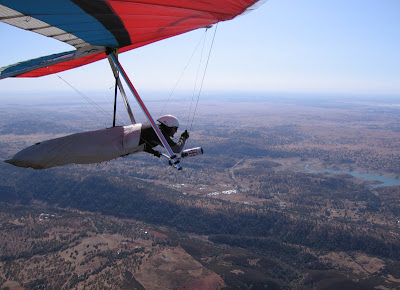 Looking back toward Horseshoe Mountain. 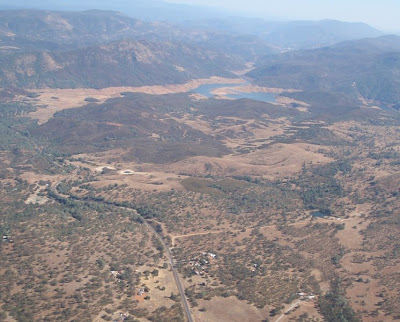 Looking back to Coulterville and the snow smattered Sierra in the background. About now Scott indicated it was time to go XC. I radioed to see if anyone was interested in chasing us and Chris and Ashley volunteered :) 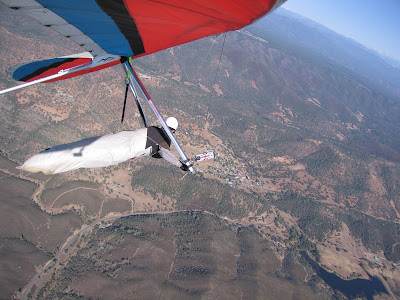 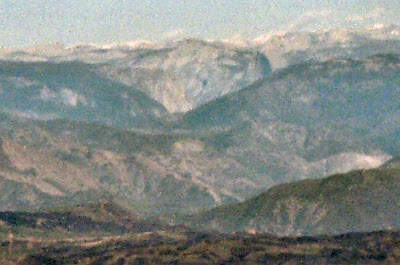 Looking back toward Lake McClure (top right) from Williams Peak. 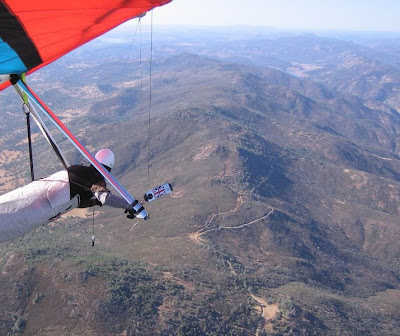 Following Scott to Bear Valley. There are a few potential landing spots, but not many.

Bear Valley, a few more LZ's and closer to Hiway 49. Mariposa airport is just over the end of the range. 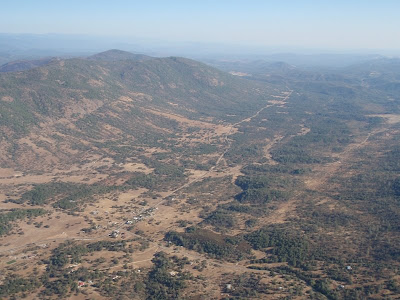 Just a 20mile flight but new terratory for me. Thanks to Shannon and Scott for the pointers (I definetly wouldn't have tried that alone!) Thanks to Sheena for fetching Scotts rig off the mountain. And a huge thanks to Ashley and Chris for giving chase. 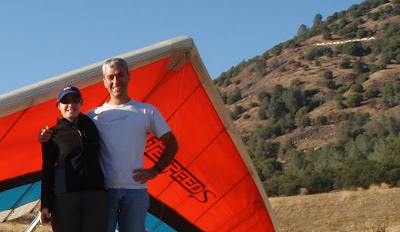