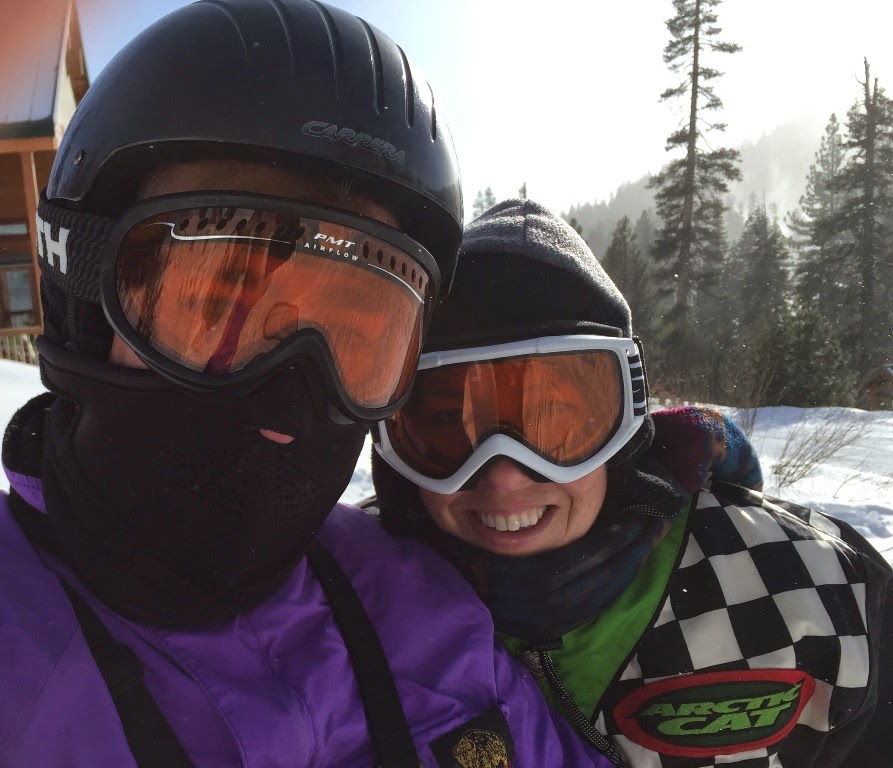 We left Maddy behind with Grandma to go see Lance and his family and play in the snow for a day. The weather forecast wasn't that great but these days opertunities are limited. So we jumped on it :) 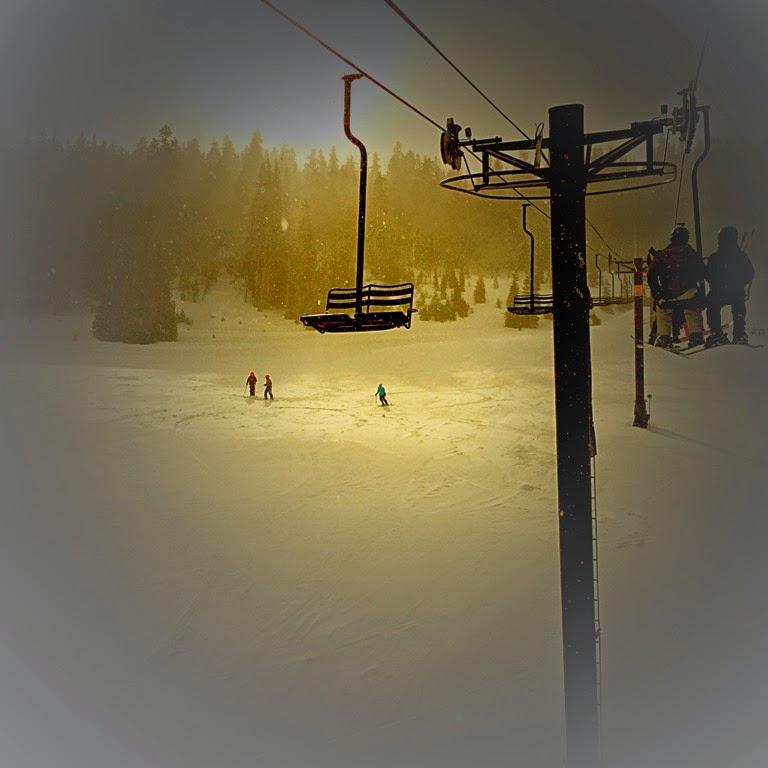 We went up to Bear Valley, but with the wind only the two novice lifts were open. So I took a few discounted rides and was happy. It must have been 6 years since I last rode a Tray. Is that still the cool name for a snowboard? - I don't even know. 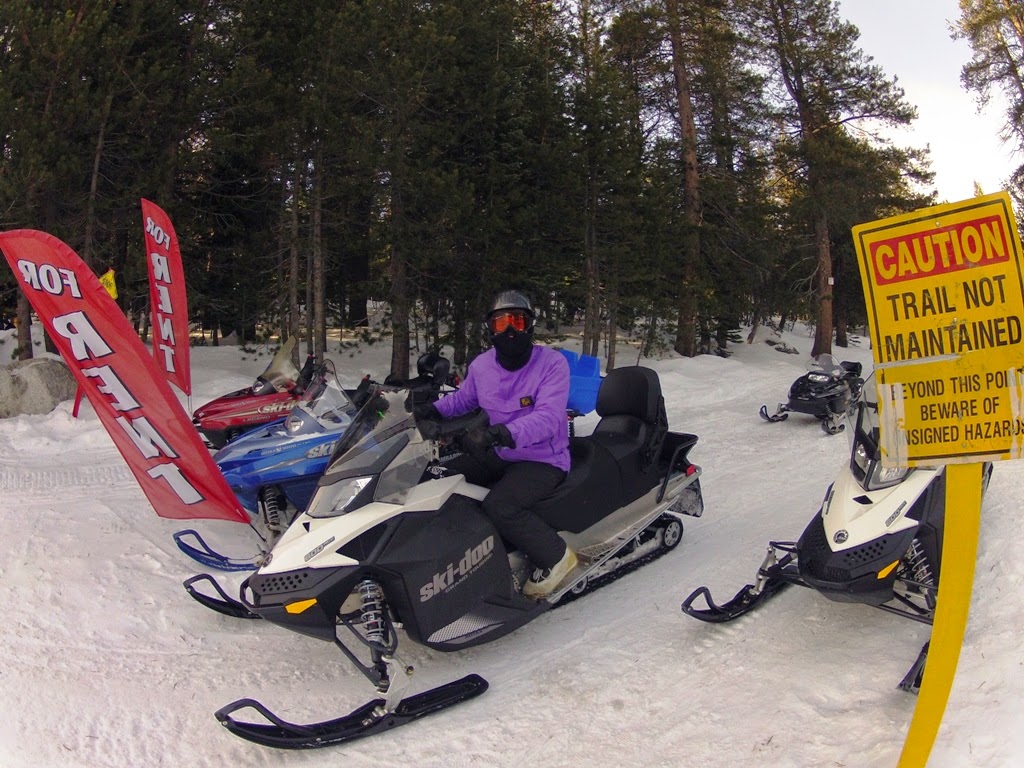 After a quick warm up - It was 8'F + 40 mph wind chill, we decided to go rent snow mobiles. I'd never riden one before and Heidi rode one to the school bus in the winter as a kid. 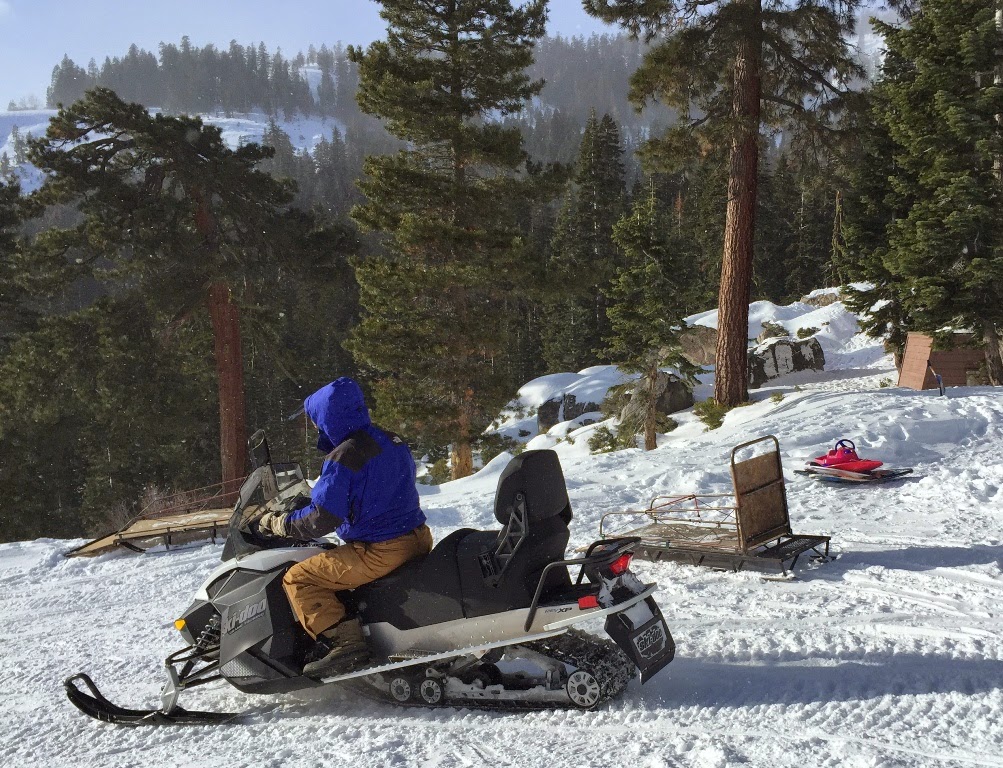 Lance showed us around, the upper town of Bear Valley, not accessable by car. 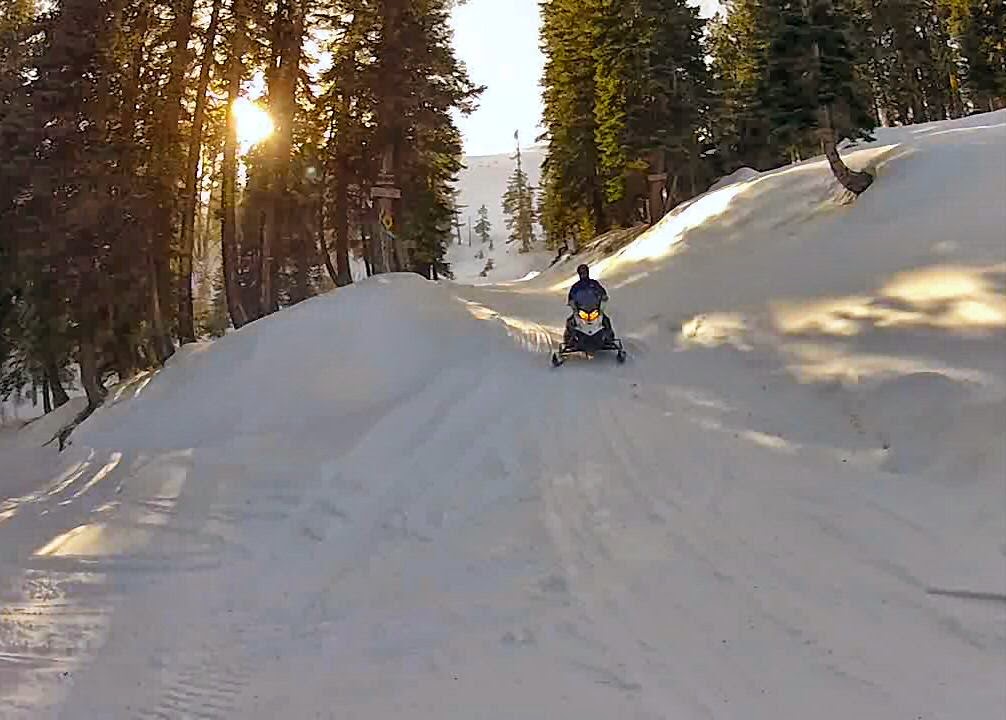 The sun came out and it was really pretty. 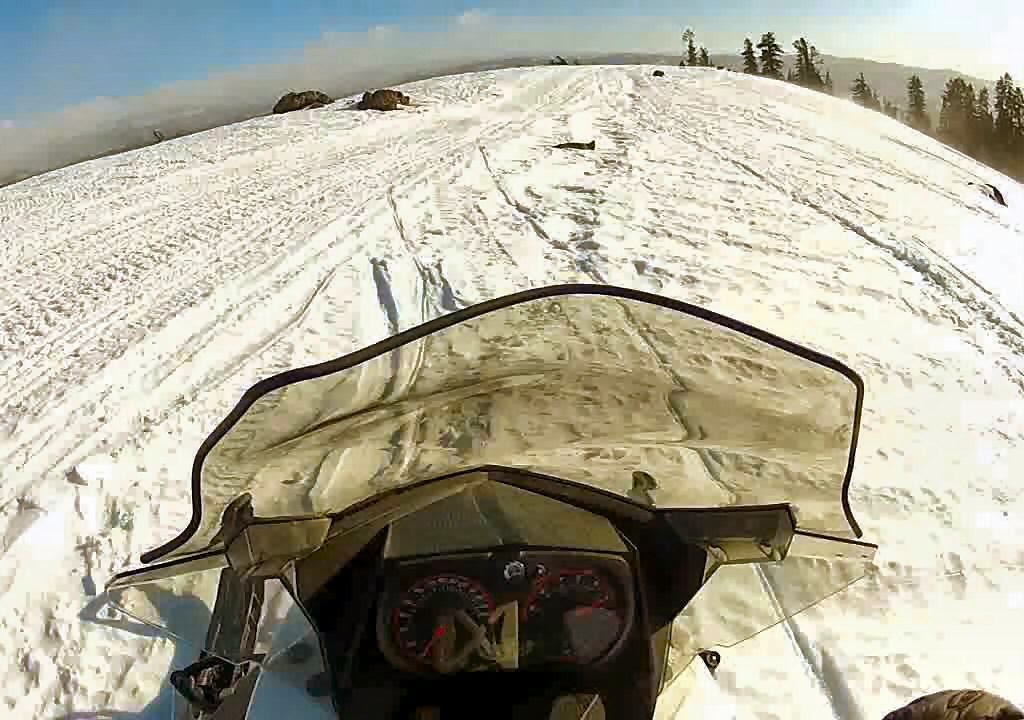 We rode up a ridge for a short while, it's truely amazing how much ground you can cover in a short space of time on these things! One could get into serious trouble if they rode 40 miles out and ran out of gas! 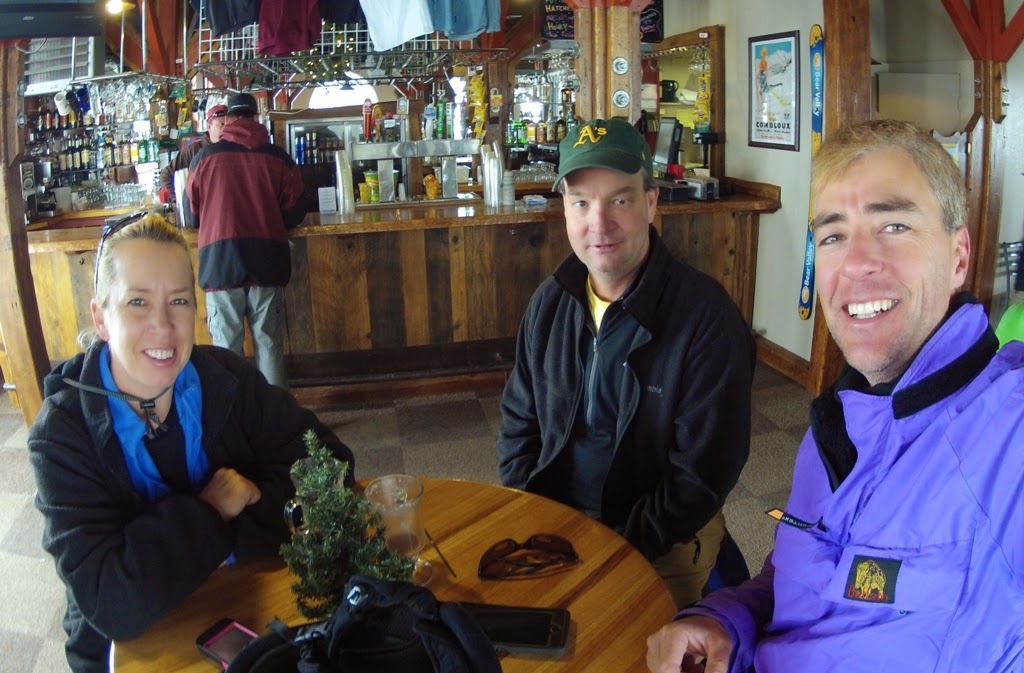 That was a pretty great day ! We Celebrated in the old Bear Valley hotel. 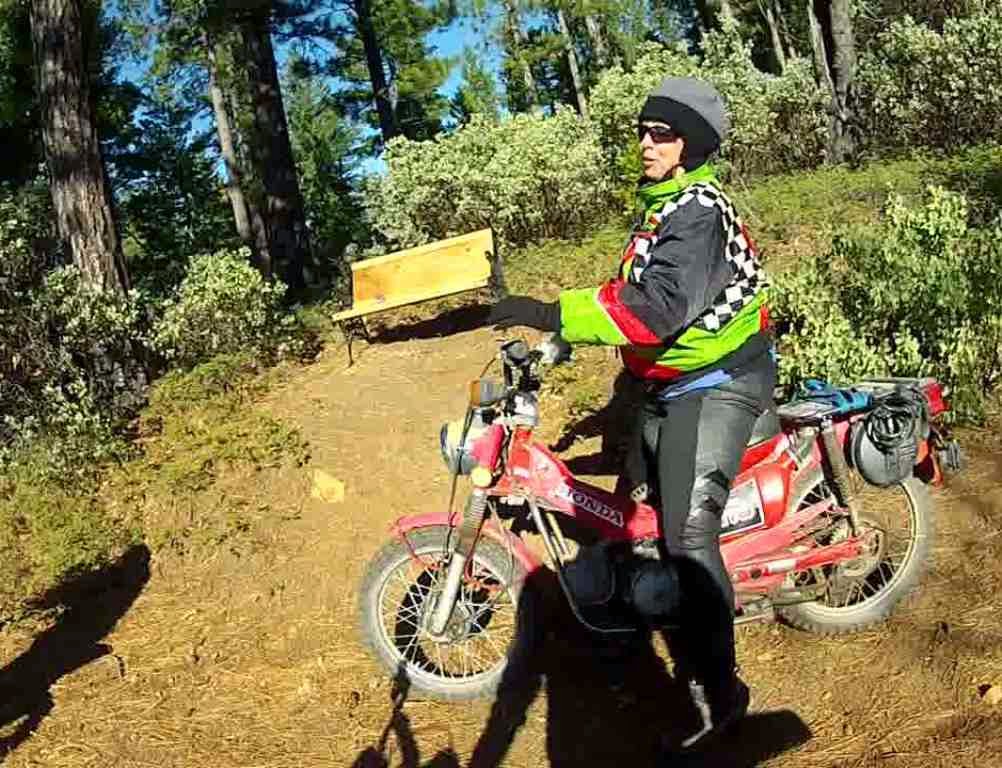 The next morning we goofed around on some old motorcycles Lance had. That was really fun too! They were not running that great which in the frosty snow only added to the entertainment. 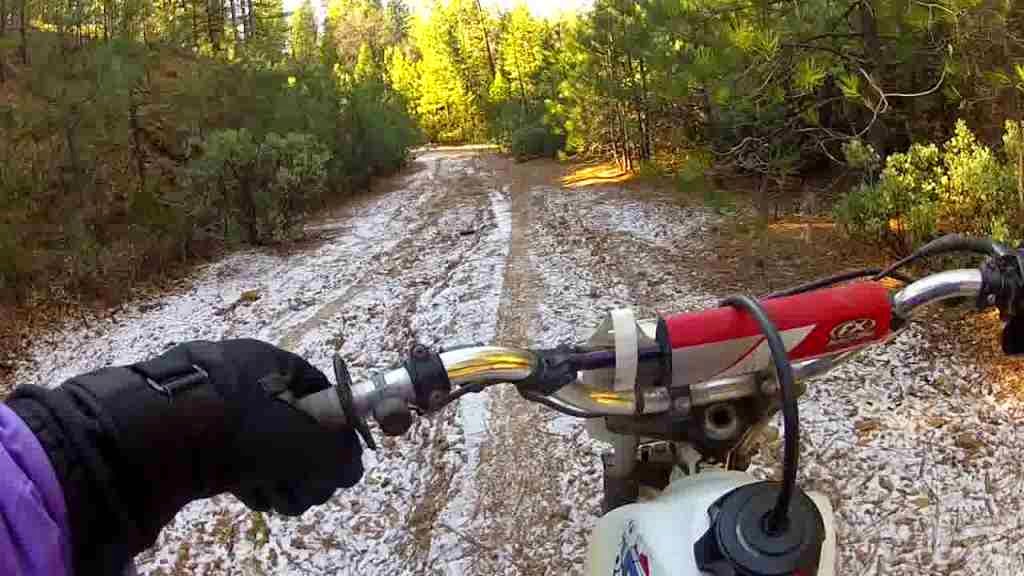 There are some great little trails around his house. 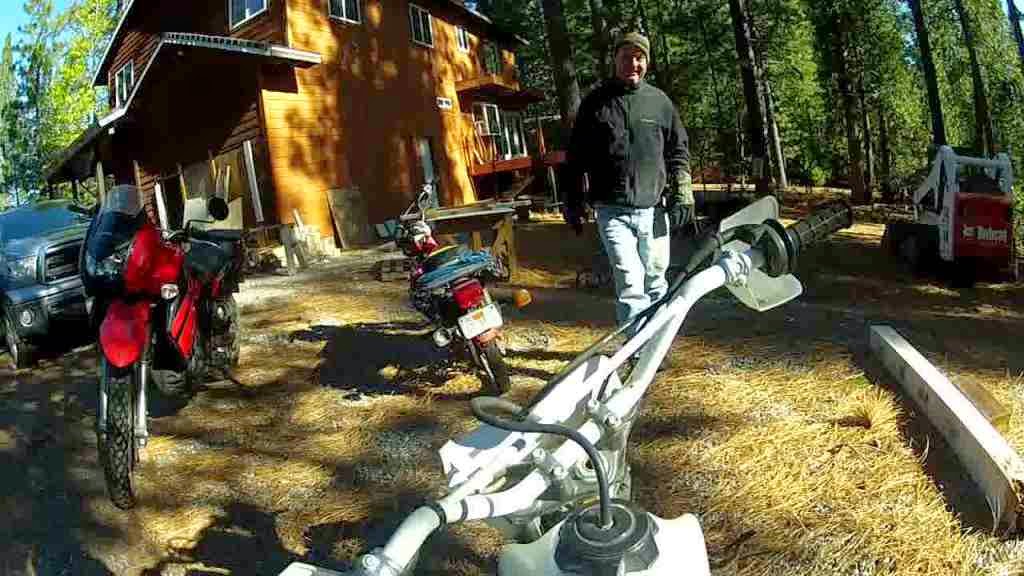 Lance is finishing up a California "Cabin" up in the forest. 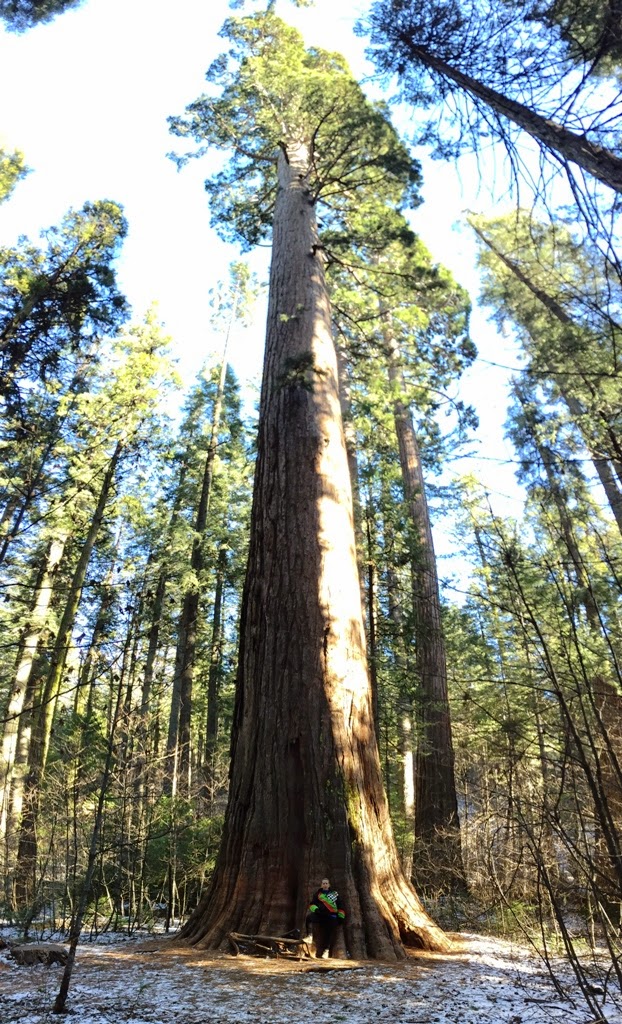 On the way home we stopped off at the Calaveras Big Trees Park. The tree stump Heidi is standing on must have 30 feet across! It's always humbling to be around these giant redwoods. Or inside them ! 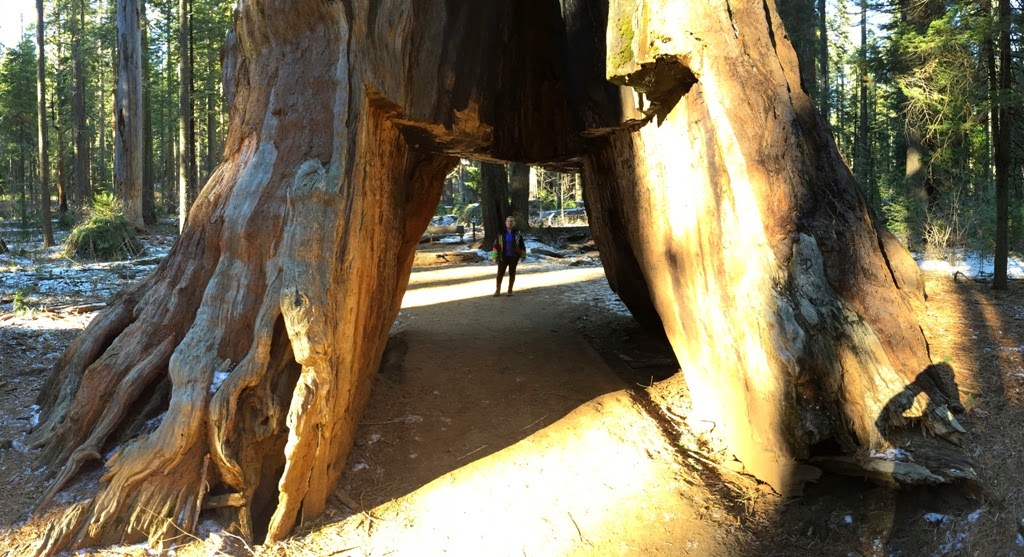 That's a really nice weekend trip. It would've really been a shame for it to be thrown by the wayside by the vehicle not acting up right or hitting the skids because of lack of fuel or at least a severe inadequacy on that end. We should always maintain a mental Rolodex for refueling services, which can always come in handy for further travels. Thanks for sharing that! All the best!