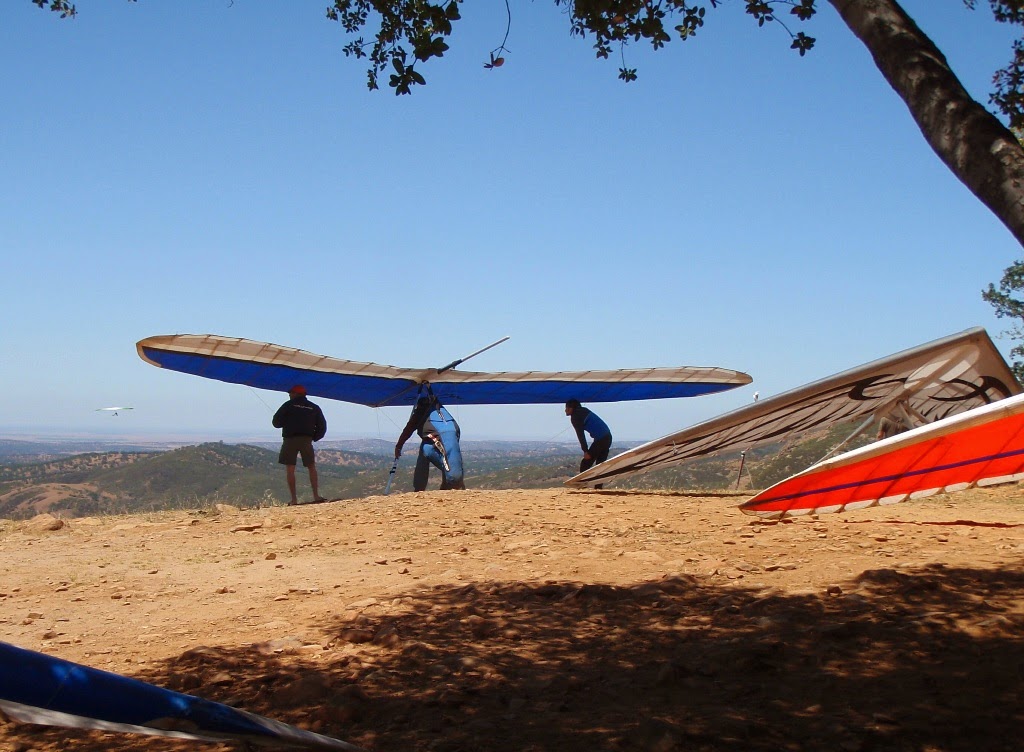 The MotherLode Sky Riders always put on a fun time, for the Coyote Howl especially. Here is Eric getting ready to launch into consistently good conditions. 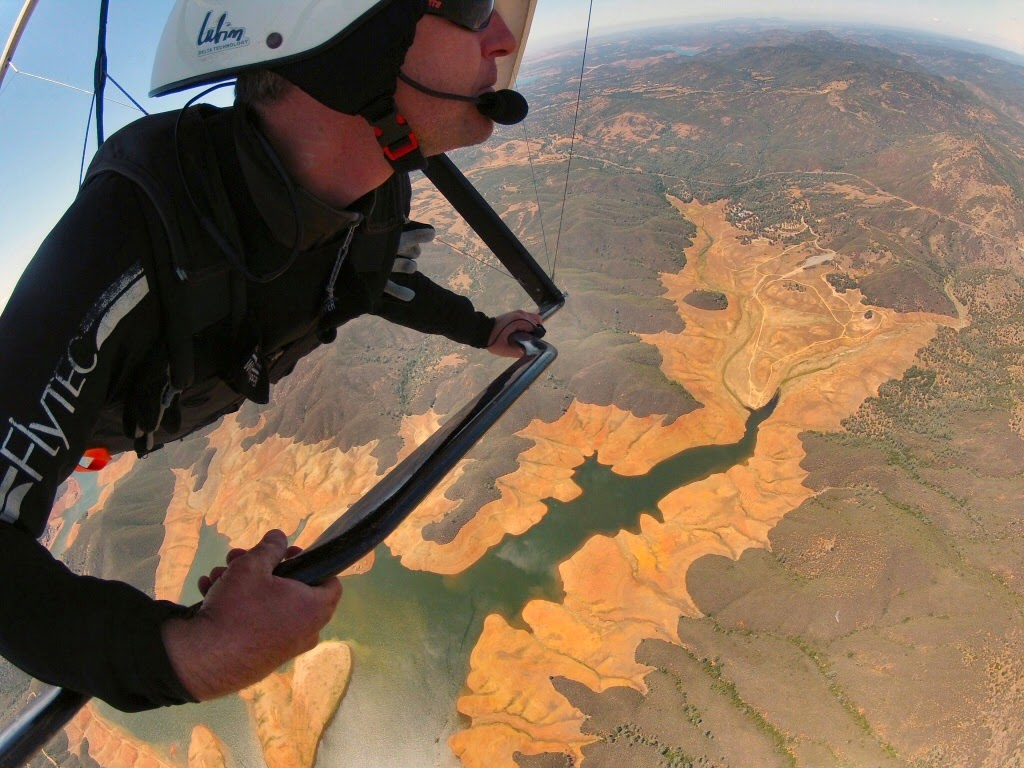 Good flying was had both days, great to see so many gliders all up in the air at once. The ceiling was typically bouncy but high enough to cool off. 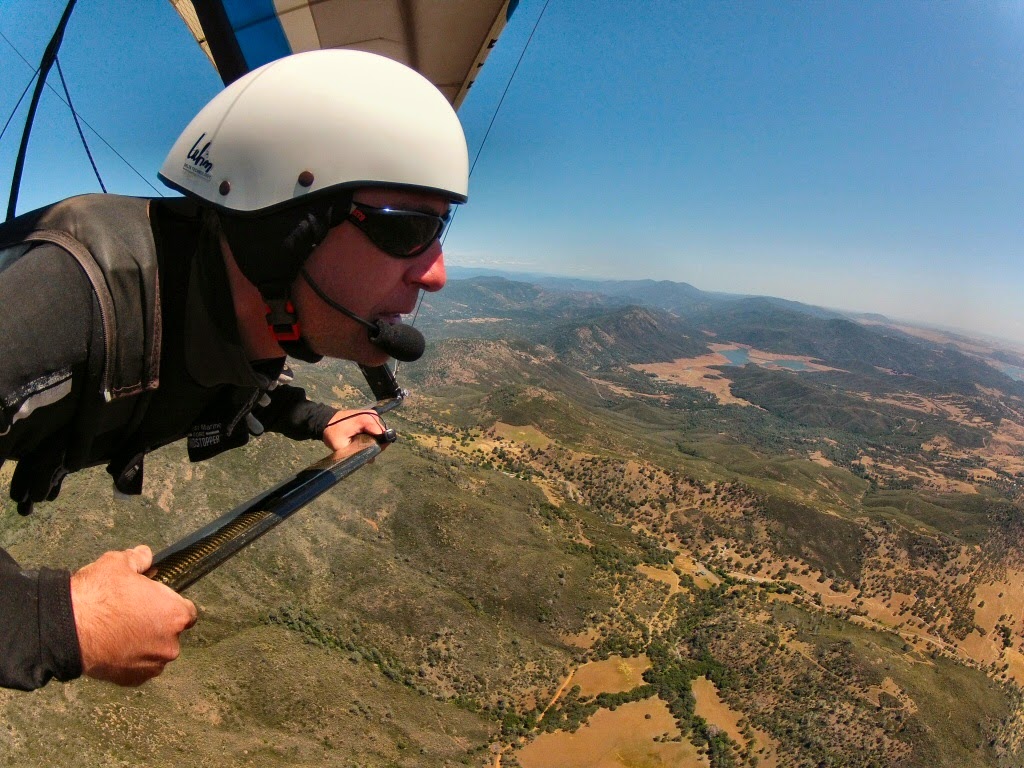 On Sunday I finally managed to fly passed the Mt Blanco fire tower, I had made that my mission on Saturday but couldn't make it happen. 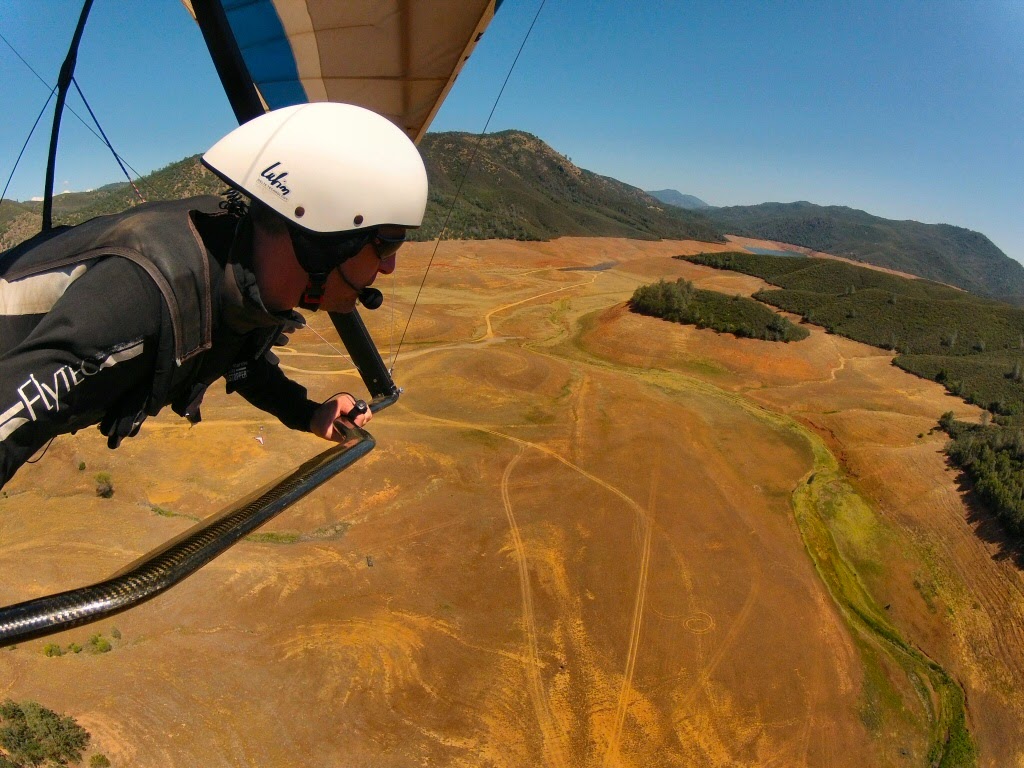 "Lake" McClure. Pretty dry this year!
This is where much of south central california gets it water from, but other lakes seem to be in the same condition. Maybe it is time to stop watering the sidewalks while we might still have some drinking water for the rest of the dry season (which goes from now to November).