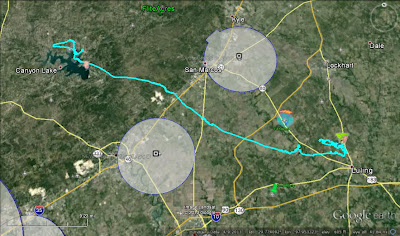 The long anticipated flight finally happened Saturday. It was everything I thought it should be. The lake is very pretty from the air, and its of course interesting flying over somewhere you are familiar with from a ground bound perspective. 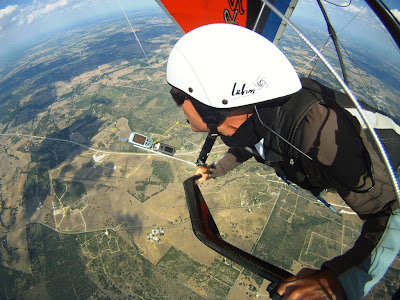 I teamed up with Nate for the flight and towed up first. I was climbing through 6000ft when Nate launched. I think the clouds were starting to street from the south at that point, there surely was  a lot of sink around the airport. I thought Nate would take a second tow, but my radio was misbehaving, so I wasn't sure what was happening down there. 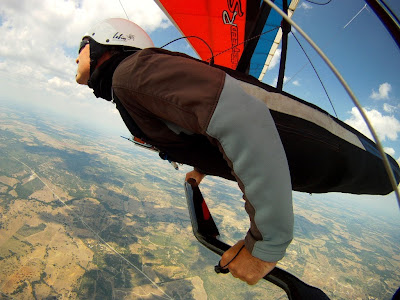 I waited around the airport for an hour but no relight, so I decided it was time to get going. 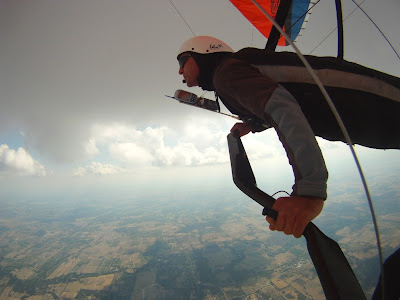 At 38 miles, it's not a hugely impressive task, but it is challenging, due to airspace and long tree crossings. 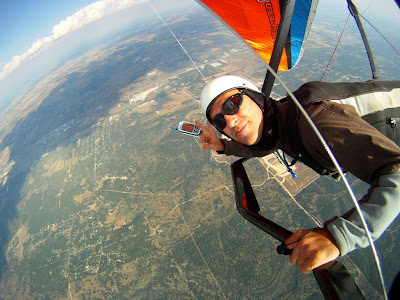 The wind was East so a complete tailwind, which made getting through the airspace a cake walk. Interestingly the cloud streets were north south, 90 degrees to the wind below cloud base. There was plenty of sink between the streets.


At this point (9000ft over pergatory) I knew I had the lake made. Unfortunately it's also when my camera battery quit. So I guess I will have to fly the route again. 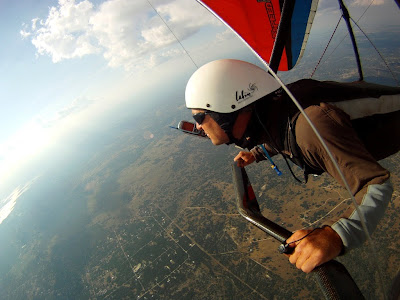 I was in no hurry to land, so I noodled my way to the lake under the hazy areas, too minimize the sink, and got to lake at 6500ft. Plenty enough for a nice lap. I landed across the street from the bar in a freshly bailed hay field, where Heidi was waiting, with the video camera. I was in smooth widespread -500fpm, which made landing a piece of cake.