Its day 5 today, and we've had 3 reasonable days. We've had strong Southerly winds all week. Strong winds and mountains are not my favourite mixture... However the flying has been great despite the wind strength. Task2 (route 1 was called) had many pilots flying 60miles and I had my first trip to Salmon (103miles). 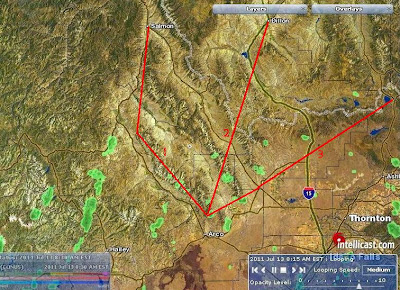 We have a great turn out from our local Californian club. It even looks like we are missing a couple of folks here. Ryan, Walter & Bob, who are also here. 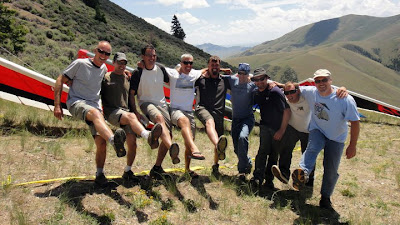 Route 1 is so pretty up near Mt Borah that I always wish I had taken more pictures from different angles. 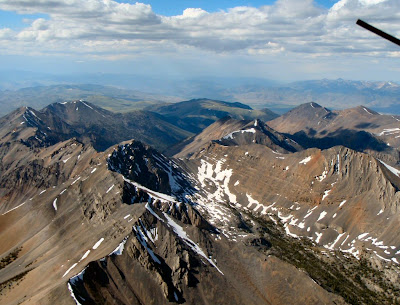 The crossing of the range was way smoother on the Second flight. 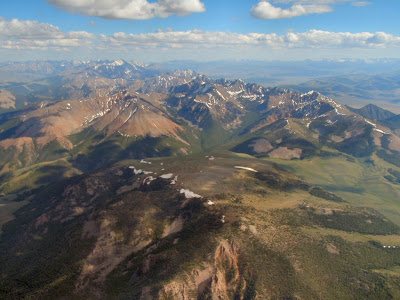 After gliding 55miles I came out of the Salmon River canyon at about 7k not a bump, I ended up landing in a 20mph NE wind, after flying most of the flight in a 23mph SW ! I am guessing the ground was wet the last 45miles since there was no real thermal activity. 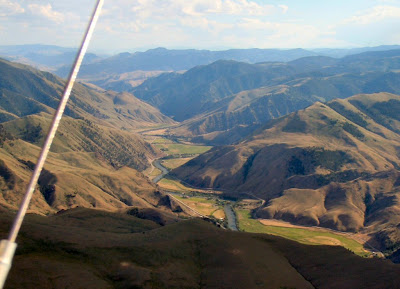 We went into yesterday with the following scores. Look who in the lead !! Lisa Versella !! She is flying exceptionally well on her new glider. 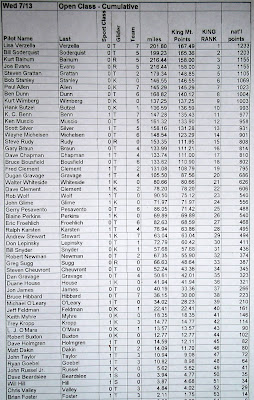 After mis-judging the weather I ended up getting a very late start and missed the real window of opportunity. The winds had gotten pretty mixed up in the valley with a 15mph WNW cold storm outflow under 6800ft and 23mph South above that and West at 32mph above 12k. The layer at 7k was particularly spooky, and gave me quite an exhilarating glide (or lack of!) right after launching. 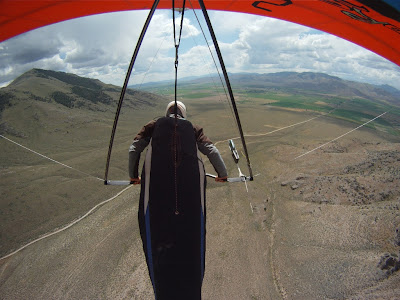 I did not want to land in that rubbish air, so I persisted flying south to Arco, before turning on course. 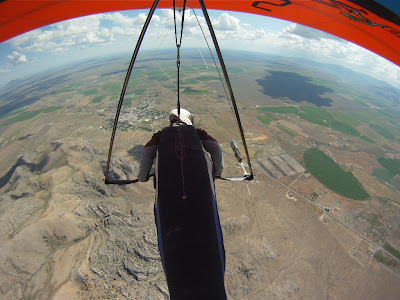 It took over an hour to fly those 5 miles ! Thats launch in the right of the picture. 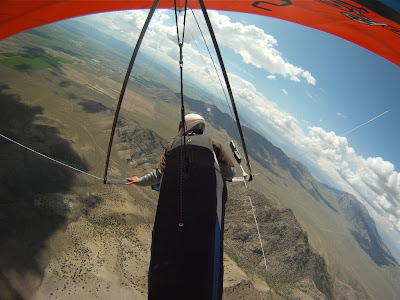 From there it was easy miles, until I flew into a blue hole. 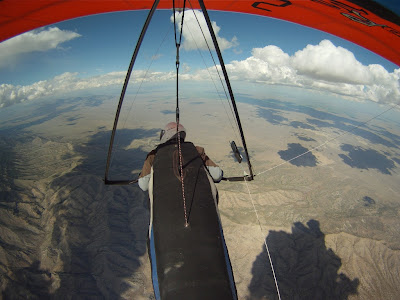 In hind sight I recognise my mistake, with the wind @ 30mph I could easyly drifted with the cloud that was working over this area... 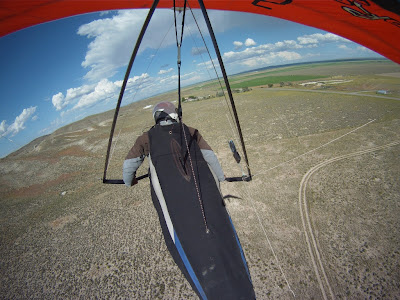 However the weather was pretty wild behind and catching, and infront didn't look that great either. So I was happy to be on the ground 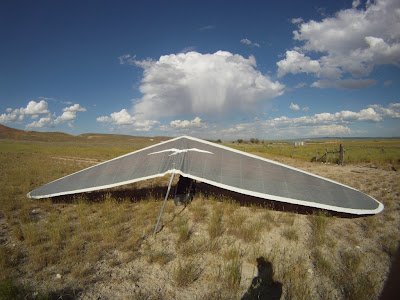 Much fun to see and fly with you again!