Six days of delicious meals for 6 people and Panda all rationed out by Ben and stashed in coolers , the rafts & paddles, tents, sleeping gear, cooking gear, clothes were all carefully divided up by weight and size into 3.5 loads, Wayne & gear, Bruce & gear, Ben, Perry & Panda would fly from Tok to Joseph airstrip. 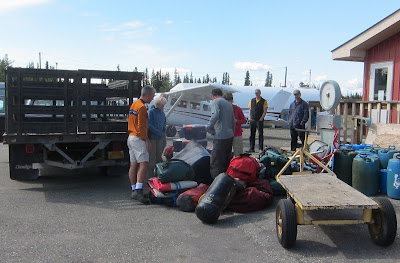 As gear was being divided up I noticed the lack of my bags. This was a moment of disbelief! Where could they have gone? Had they bounced out of the truck? been taken while at the market? No - in the rush I'd left them at the house. No clothes but the ones I am wearing and no tent. Disaster was averted by miraculously finding a hunting store next to the Gas station. Tent, clothes, PVC jacket, and rubber boots and a dry bag. Lucky, lucky, lucky. There was still snow on the ground in various places. 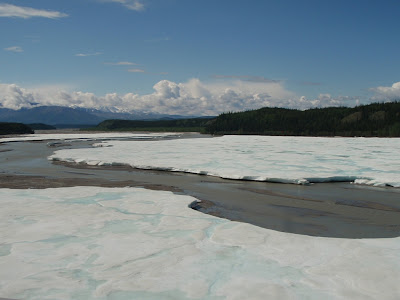 Tracey & I would stage the retieve truck where the taylor Hiway crosses the Fortymile River. (I have yet to discover with the river is named such - we floated 100miles down a section of it). Below is the Taylor Hiway (dirt) this is where we took off from) The bridge middle right is where we got out 6 days later. This is the closest road to where we put in 50 miles WNW. 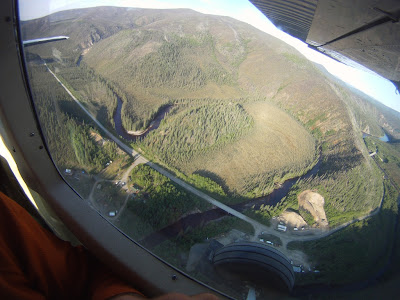 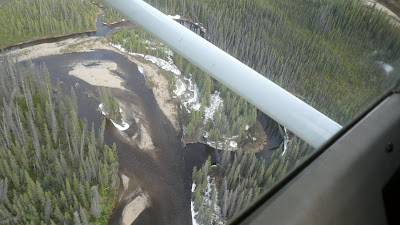 And then saw Joseph a narrow cleared strip of gravel between the river and swamp. Quite an exciting landing, I am sure it was all to plan... come in wheels skimming the weeds, stall at 20 feet and gently plop onto the gravel with the wings on both sides gently brushing the shrubs. 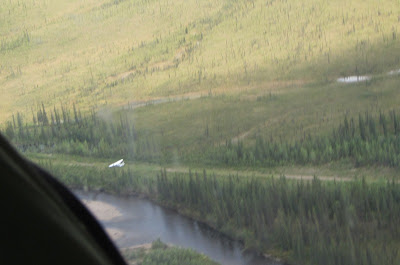 So this is why they are called bush pilots :) Our pilot did a fantastic job. 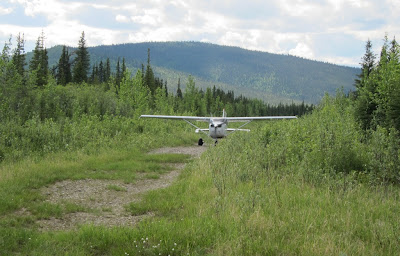 It was a great moment of reassurance to all be together at Joseph. Schedules, dubious roads, navigation, gear, mechanical breakdown and weather all being quite real threats with no cell phone service or civilization around as back up. Relief, even if we were now 50 miles from the nearest dirt road, isolated by swamp, tundra, mountains and icy rivers :) Looking forward to the adventures on the river the next few days with good friends. 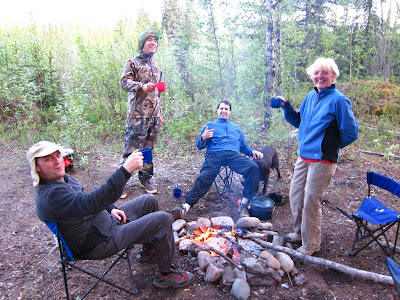