It's not my fault - it's San Andreas fault

The San Benitos delivered again this Sunday, flying with Tom and Donny. The lose plan was to try to fly down Hiway 25, the path of the San Andreas fault around the San Benitos. The top of lift was not forecast to be as high as previous attempts, but the area of lift was wider and this was key. The ground on the west side is a couple of thousand feet lower, so still plenty of room to play. 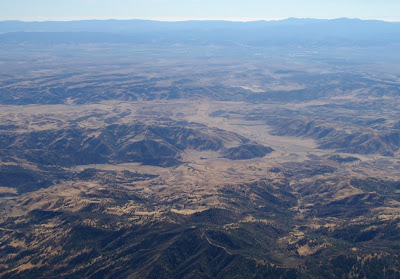 In actuality, the ceiling was just as high or higher than prevoius attempts and the hills on the west side were not working at all. So we decided to head over to Goat. Donny went over for the first time while I watched Tom fight a good fight in the valley, almost making it to the big elevator. Once Tom landed I headed over to Goat only to hear thatt Donny was also landing. (I think he had beer suck :) So what to do ? Well I headed back over the pass westward, blundering in to lift the whole way in a headwind. So I through in a few turns and got enough altitude to cut the corner over to Hiway 25 and off I went. Below you can see the valley that the fault has caused. 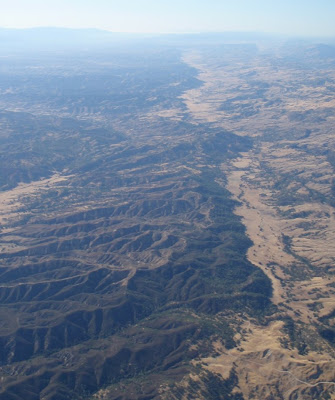 Going down peach tree valley H25, was pretty easy. I got low in one spot where I raced for a cloud which fell apart before I got to it. But a condor came by and showed me it was about to form up again. I was a little out of the main convergence line, but the lift was still plenty good. 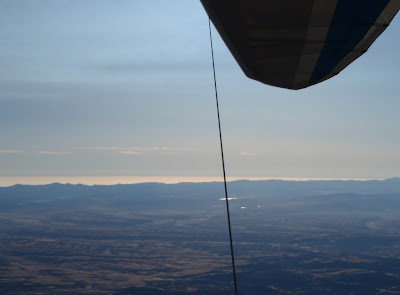 In fact the lift improved all the way to sunset. Cloudbase lloked to be about 14k, 10 miles to the east. To the west the Marine layor was in control. I got to 11.5k at the end of peach tree valley and pretty much went on glide to Shandon on Hiway 46 near Paso Robles. 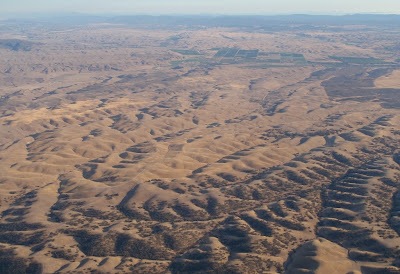 It was a technical flight mostly due to retrieve navigation. But the air was smooth and easy, which was good because after 6 hours I ache anyway. 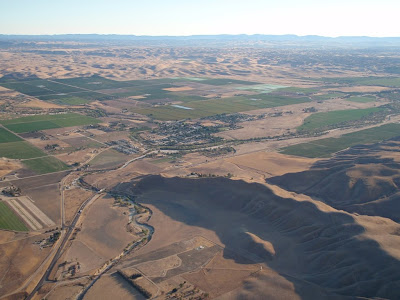 The flight was about 70 miles. And crossed some new and interesting terrain :) And of course I couldn't have done it without my excellent retrievel crew especially Terry, Thanks Terry ! 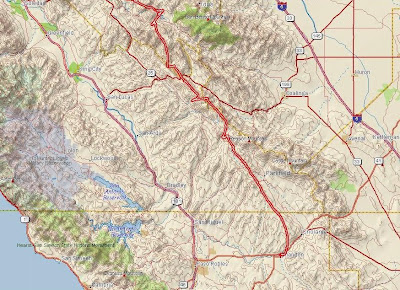 Cool flight!! I'm so jealous. Growing up and learning to fly around there, I always wanted to fly XC in that area!

Nice flight Ben. Give me a call next time you're heading out there and I'll come up.