is the name of the little road that goes to San Carlos peak. This is what Wayne and Ben R. Decided to name the site when they started flying there quite a few years back. We all thought it was name that way because one might have to be be a little wild and a bit of an ass to fly from there given the 10:1 glide to the nearest non life threatening landing field 4.5 miles into wind over a ridge.

Anyway, thats where a few of us flew today - drawn be the promise of unusually hight cloudbase (14k at the coast). Here is Chris at Launch. 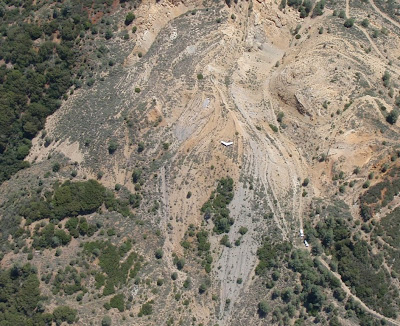 Initially we flew north into the wind, towards the Panoche Inn, this is looking back toward San Carlos peak. 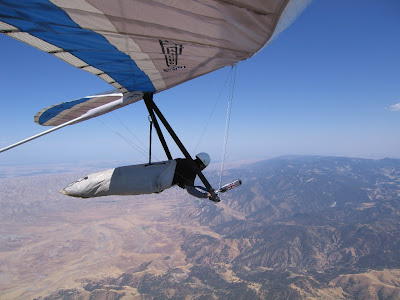 I was flying with Wayne and Brian. 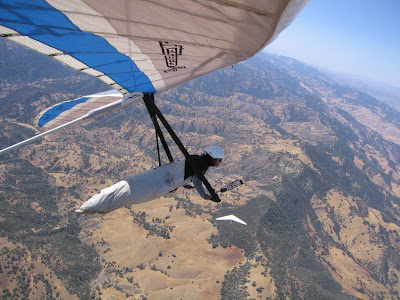 There was huge sink between the broken thermals, this put Wayne an Brian on the deck south side of Grizwold canyon. Seeing that and feeling the sink, I eyed up the haze domes that were forming behind me to the southwest. I figured I could go over the back, and then head north without causing too much of a retrieve hassel. So I headed west, its about 9 miles of unlandable terrain, easy enough downwind. Especially when there is lift all the way. 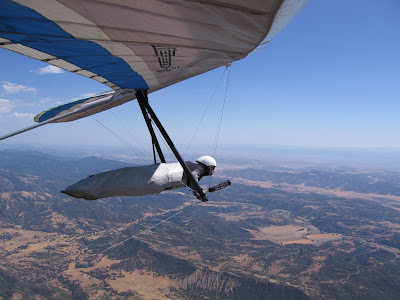 The convergence line was really narrow on the north end, but it did go up to 13200ft! 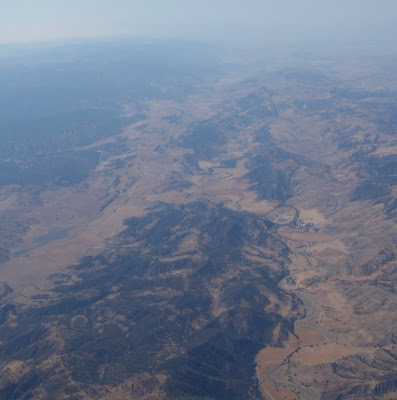 I headed back north into wind and lost all that altitude in minutes, in huge sink, A fun flight none-the-less. Interestingly the convergence line set up on the west side of the San Benitos. Had we been on that side big miles could have been made. Cloudbase was a couple thousand feet higher over goat mountain. 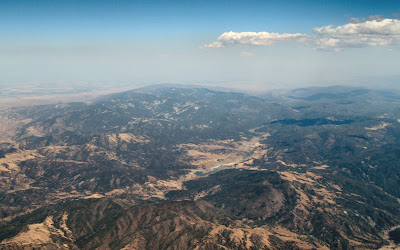