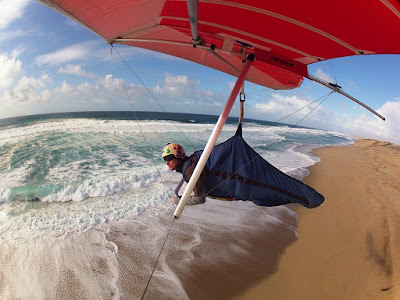 Mum and Dad came to visit Maddy and as luck would have it the first weekend was an excellent Marina day. 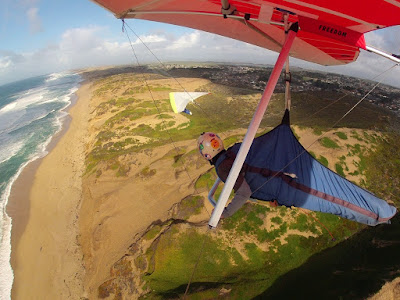 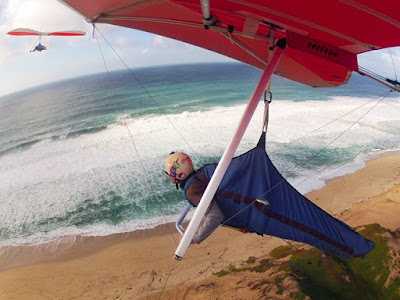 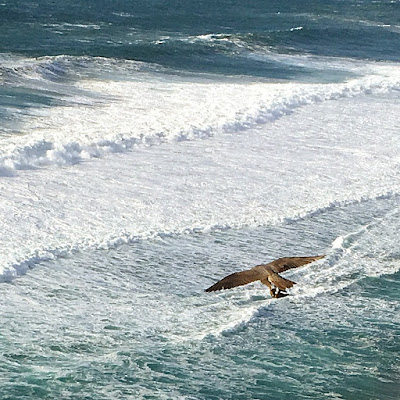 I also got to share the air with this fella, at first I thought Merlin, then regular ol' Kestrel, but after looking at a few different pictures and bird books I think Peregrine Falcon. 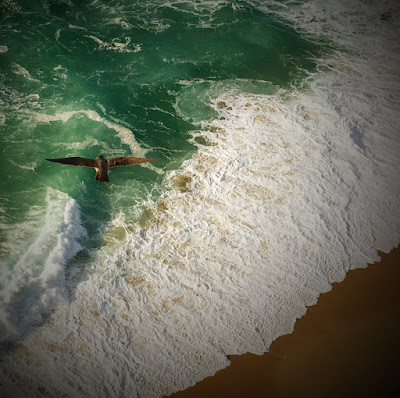 Didn't mind getting close at all while it disemboweled its lunch. 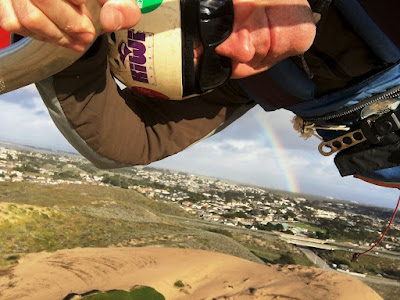 It rained a little while later, just a small isolated shower that I flew around. I seem to have been lucky flying over rainbows this year. 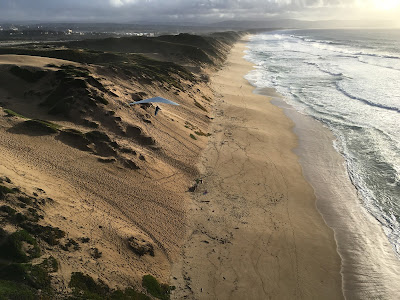 Tom came and joined in the fun a little later on his new T2C . 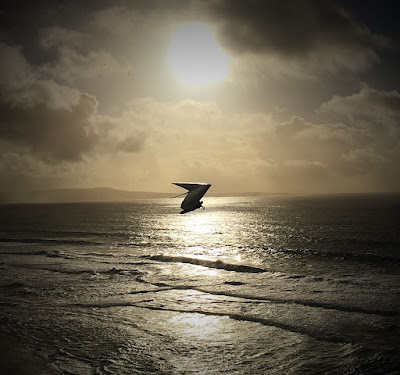 The lighting was spectacular. 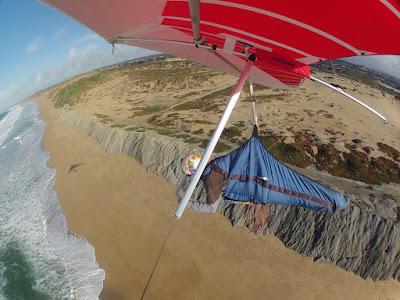 It's been a while since I caught a day where the air was good enough to make the jump to Sand City.
Labels: hang gliding, marina
Location: Marina, CA, USA