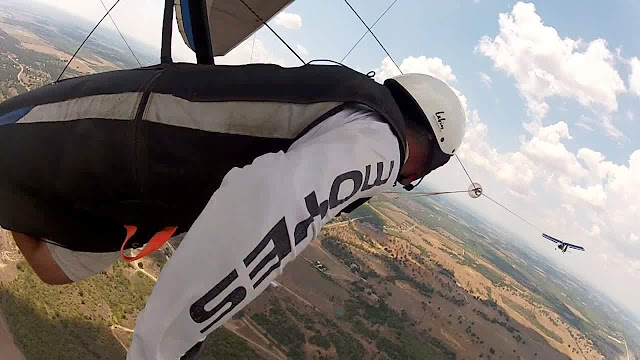 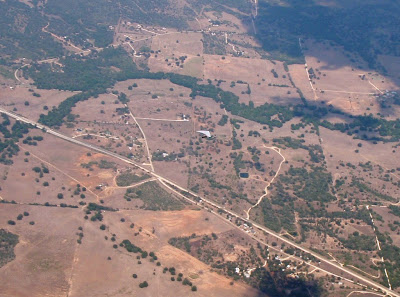 Having missed the previous day due to a poor weather call on my part, I was looking for a nice touring flight around the scenic part of Texas. Joel towed Dan - the new Sport class national champ first, Dave , me and Andy. The cross-wind wasn't such an issue, but it did make for a bouncy climb-out. 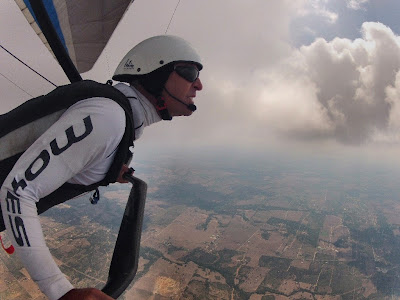 Andy, Dan and I slowly climbed over Luling, then Dan and I took off toward San Marcos, with Canyon Lake as goal. 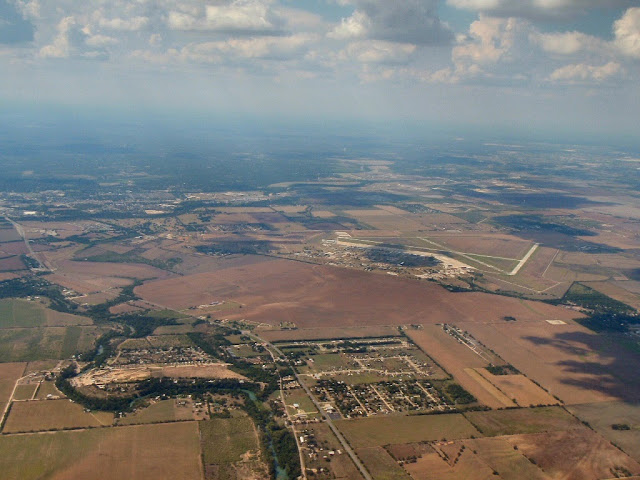 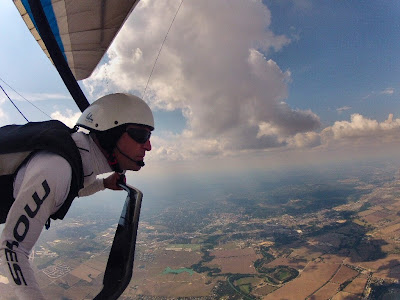 I was flying with a couple of cameras this flight, with the plan of capturing the scenery. It is hard to do justice to the spring and river with my point and shoot though, it's never really been the same since it's trip to the bottom of the swimming pool. The flight was all going swimmingly until I got over San Marcos. There I found considerable sink, but was also over the edge of airspace, all the lift looked farther in... 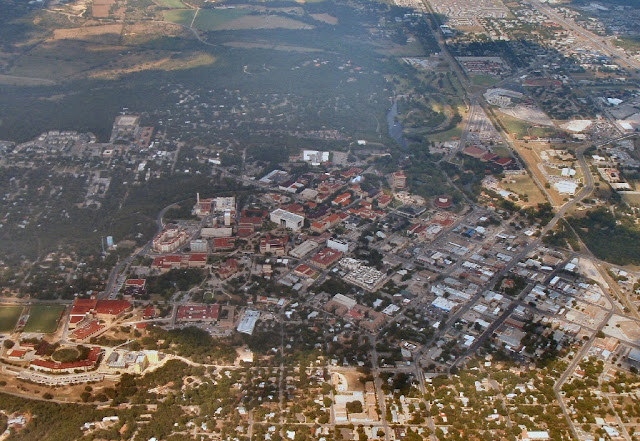 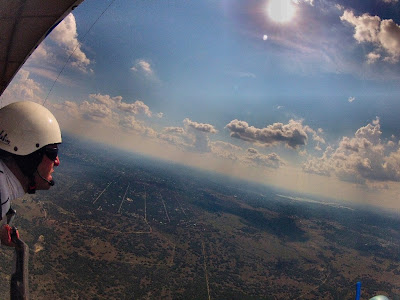 I snapped a few shots and turned tail, heading for the nearest building cloud. Somehow that climb didn't really kick, and down I went into Purgatory (the name of the road). Still the retrieve was short - thanks Heidi :)  and flying over San Marcos was fun. Soon - I will get good pictures of the lake ! Dan made goal not long after, great job :)
Labels: hang gliding, luling
Location: San Marcos, TX, USA