Between teaching hillside classes for Mission Soaring on Sunday I went to fly the Tandem glider back to the storage container and stumbled into 600fpm up. The wind was strong for a falcon with landing gear but up I went to 5400ft. The view was spectacular. I could see Mt Tam and Oakland to the north, Monterey bay to the west, Pinnacles south and Fresno (I think) East. I towed up using a double stage Koch release. I am starting to like it but it sure is a lot of dangley HARD hardware. 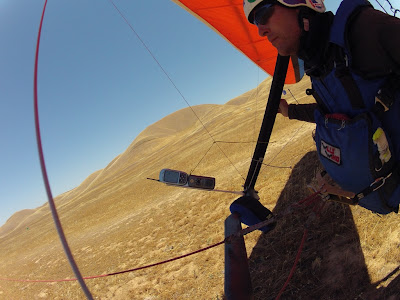 So much fun was had Sunday, Karl, Charlie and Diver Dave decided to do it again Monday properly. No class to return for this time and retrieve organised. 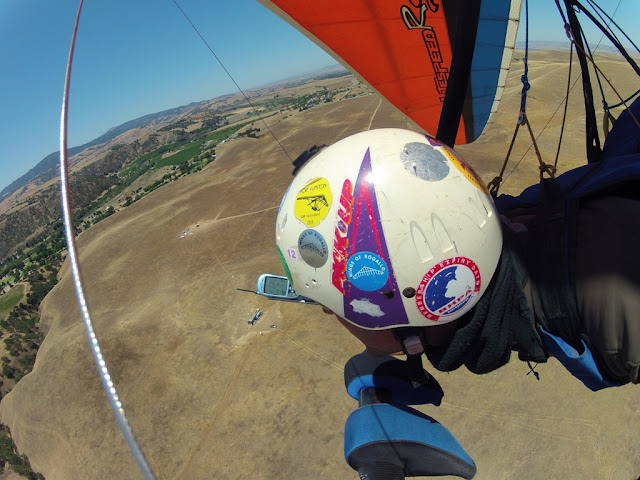 I swapped out my harness last minute to accommodate the release. Inadvertently switching radios and frequencies (D'Oh!) 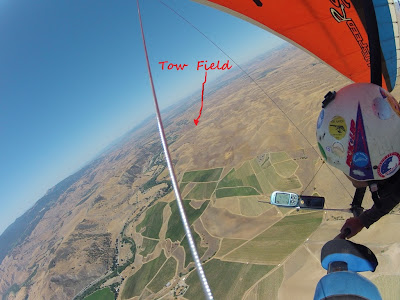 The climb was a little broken by the wind but quite strong. Alas so was the inversion. I topped out at 4000ft msl. High for Tres Pinos, but not as high as the day before. 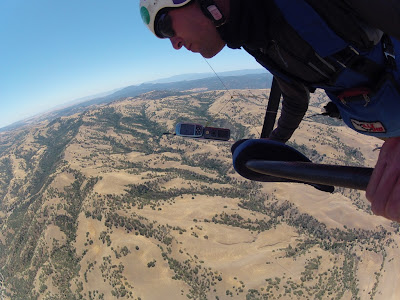 My thinking was that as I got farther south over higher terrain, the thermals would too go higher. Alas I was not able to prove that theory... Then I ended up battling the now increased headwind, time of day and venturi. That last LZ was quite a drive into wind ! - Concerningly so... 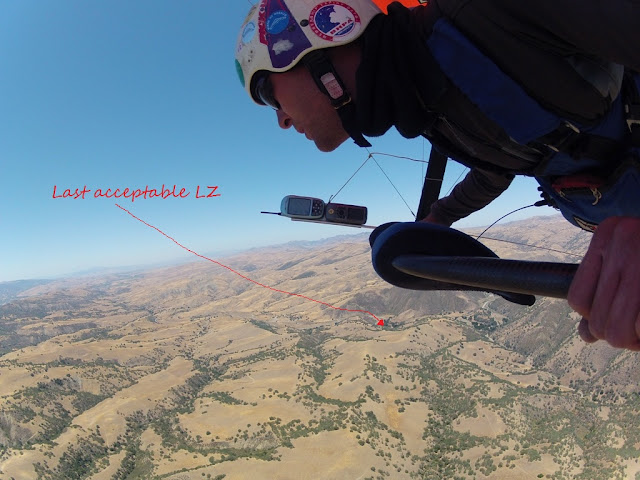 But I did make it, and the dust devil gods were kind to me. 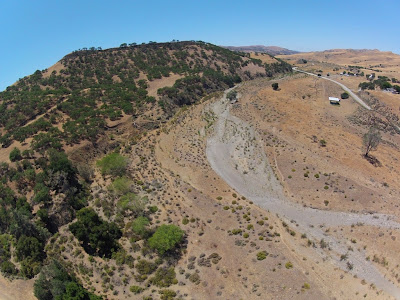 I even made some new friends on the way out :) 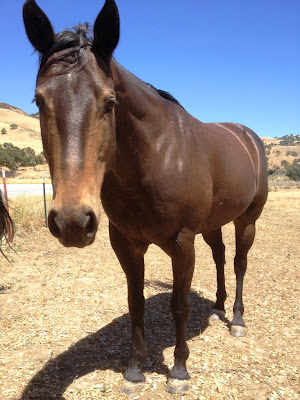 The radio situation was a goof, since the was absolutely no cell phone reception in this steep canyon, mitigated only by the fact I had my spot tracker with me, and that Karl is a genius scientist, Pat had an Iphone, and Charlie a handy dose of patience. I was found before I'd got my stuff to the gate. 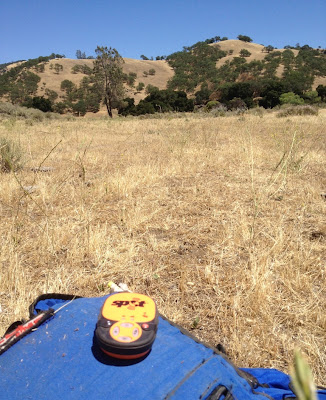 So I didn't make it very far but it was an interesting flight. I had researched the two routes, one south down Hiway 25 the other east to the Panoch Inn. I was kind of hedging my bets between them. Had I committed to the east route I may have done better, staying farther north, but ultimately the ceiling needed to be higher. 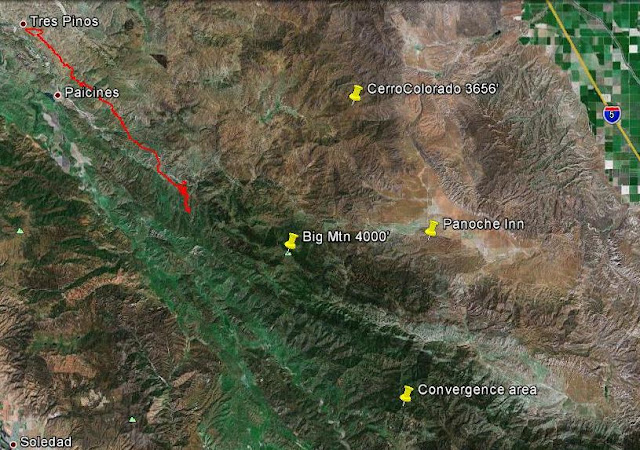 Lastly if anyone has tried to use the SPOT website on their Iphone, you'll probably notice it is HORRIBLE. Unusable really... so I spent some time seeing if there are other mechanisms to get the simple co-ordinates. Well there are. There's a Yahoo Map App which you can see on the top right of the blog. It works much better on the Iphone too.

I've been looking into how to display multiple people on one page.
Good to know also is that the data only can be displayed. Handy for a slow connection.