I've missed this event the last few years, all my flying buddies in the local area that can make it get invited up to a private camp ground where we all eat and hang out between flying. Its a fantastic spot hidden up near Lake Almanor and Mt Lassen. And a tremendous amount of fun. Of a few launches, this one is known as "The Burn" It's a flat slope at 6200ft so it would be an appropriate description of the run, but actually it's named because of a fire quite a few years ago. 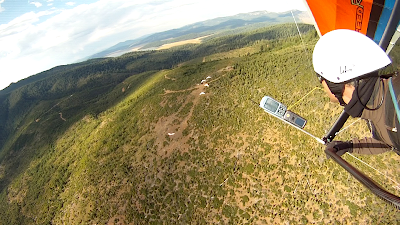 Indian Valley has some topography that just melds with the weather to create the "wonder wind", keeping pilots aloft until way after they should land ;) 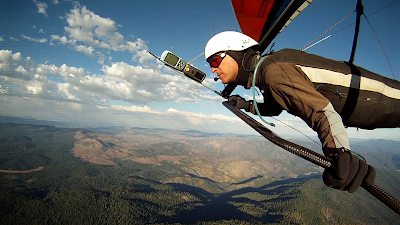 It was easy to hang out at 10k just boating around, and taking in the scenery. You'll see that little lake "Homer" again in a moment. 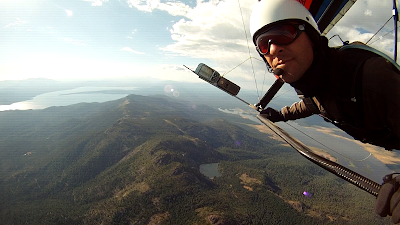 One of the big events this weekend was Tracey's induction to the big mountains. Of course this air is some royal introduction to the mountains and not only that, Carmela to whom I am now indebted (more) helped Tracey mentally and otherwise prepare for the flight, since I was off chasing clouds, finding exactly where the strongest sink was ;) 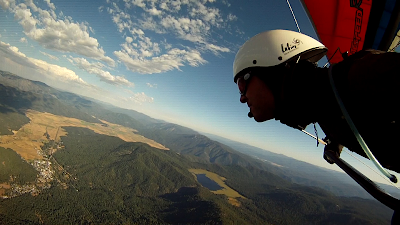 Tracey launched about an hour before sunset... I hung out ZZZZZZZzzzzzzzz ;) 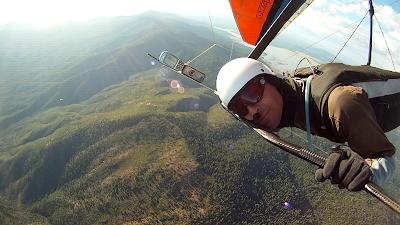 There was about 20fpm everywhere at that point. I chased her around trying to take pictures with my go-pro. My other camera was dead. Wideangle doesn't work so well unless you are really close - like inches !! 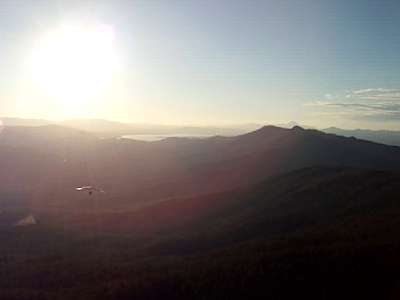 The next day we planned on a short hike around Homer Lake before glass off. Left a little late, walked a bit longer than expected and all but missed the glass off. Sorry about that Wayne. 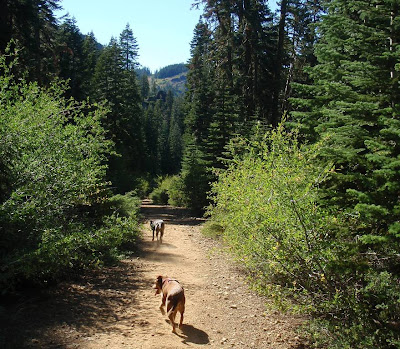 It was a nice walk, the dogs sure enjoyed it. 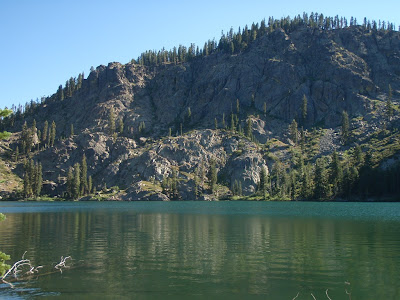 The green rocks on the north side were quite green, maybe this is why copper creek is named such! 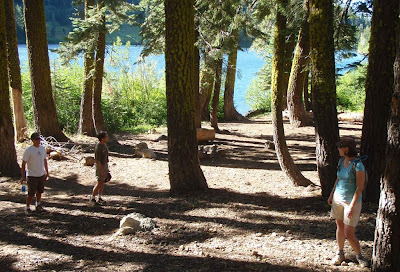 The pines caught the not so early evening sun. 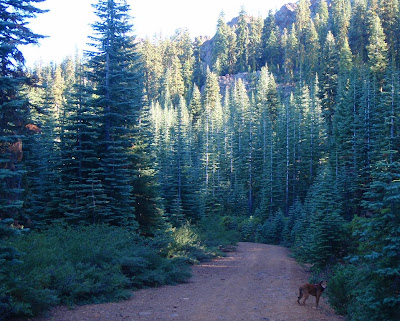 That evening Ryan was dropping some heavy hints that Hough would be launchable the next morning. He was right :) he put together his freedom in record time and was gone in a flash. Joe followed him soon after. The it was Tracey's turn. 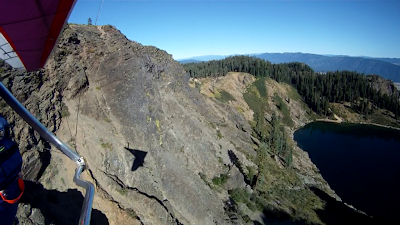 Its a really steep, no wind launch, down into a volcano crater across the crater lake then out the main valley.. 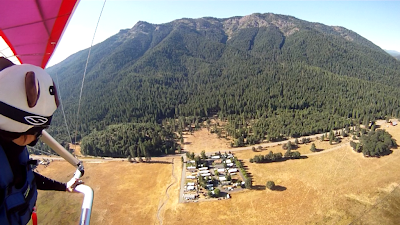 Quite spectacular I am sure you would agree. 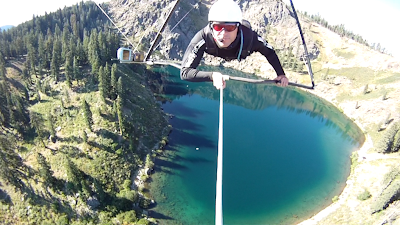 We launched pretty early in the morning since launch faces west and prevailing winds are almost always from the west later in the day. Todays forecast was no exception. 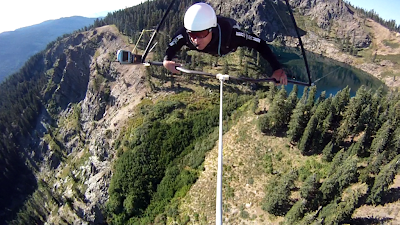 Early morning means smooth air. Good for site intros and good for expression. I've upgraded to a stronger harness and fatter sidewires and felt a little better about doing these kind of maneuvers :) 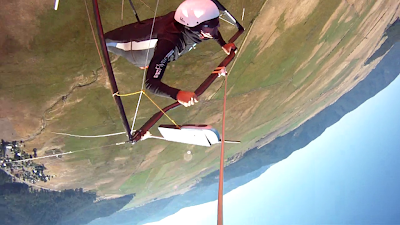 From there we were on our way home. Another huge thank you to Stacy for taking care of all us "kids", (kids at heart anyway). Fabulous weekend. Be sure to check out this "lucky escape" video of the Hough launch. And Tom's video capturing the Indian Valley flavour :)