The forecast was very different for Tuesday - but offered up less hope. The road to the top was closed (according to the phone message) and it was considerably blowy up there anyway. Launching from the 600ft hill was the option. Would it be a short sled ride or soarable? 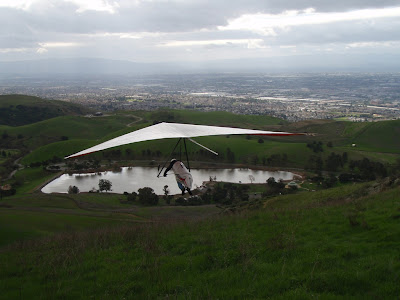 It turned out to be a fine choice. Charlie was off first followed by Karl, I had been fiddling with my GoPro only to have the battery die just before launching. I gotta get a spare one of those... 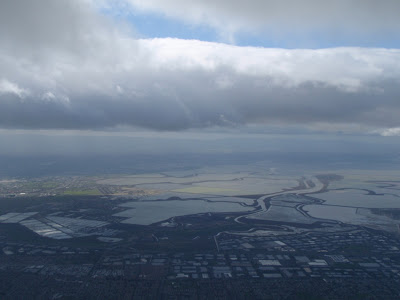 The thermals were broken, but the ridge lift was consistent, not huge surprizes since it was blowing the best part of 30mph, the terrain is far from flat and the cloud had fairly ragged bottoms.
Lurking in the sky were some somewhat stationary clouds, ah!?! wave cloud. At somepoint around 2pm they moved around enough to spill some good sunshine in the valley infront of launch, and boom! minutes later 800ft/min took me to cloudbase at 5k. 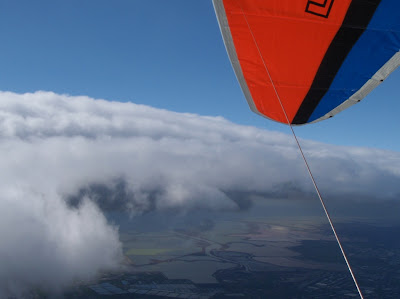 The edge of the cloud was growing faster than I could penetrate and the lift remained strong. A concerning few moments indeed. Just as I was getting anxious near the bottom of the growing cloud, the sun start glaring through from the top of the cloud, I was free, but I could not slow down. I was just there. Ground speed of 8mph, airspeed of 53mph, butter smooth air, still climbing at 400 or 500 fpm. 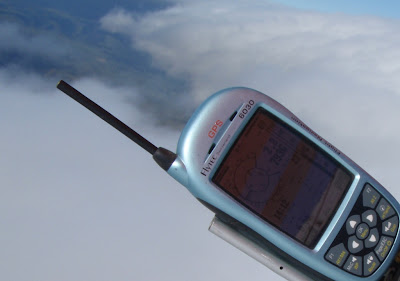 Gradually I moved away from the cloud. But still climbing and getting colder. As I climbed the wind seemed to back down back off to 30mph. I am pretty sure at the edge of the cloud the wind was 40something mph. 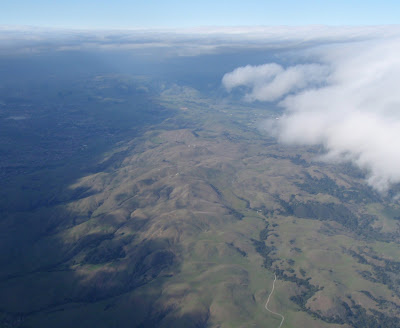 Somehow I had to figure my way back down, but for now things were OK, the next issue, airspace at 8k, and the fact I was still climbing through 7k. 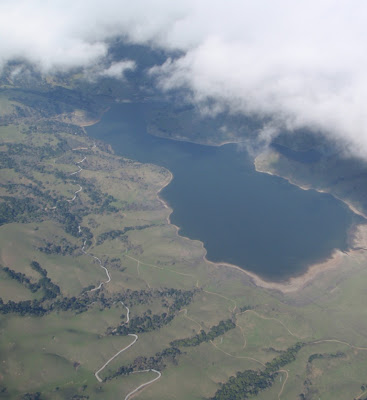 I figured there had to be sink at the backside of the preceding wave cloud infront. 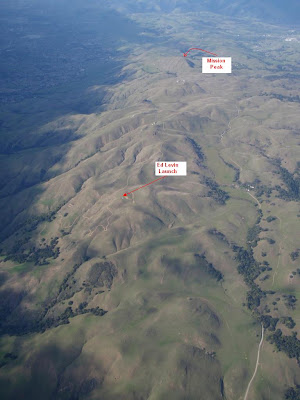 I was right by the time I had flown out to Mission Soaring I had lost 5500ft, in about 5mins. I was happy to be back below the clouds however. I flew around a bit more, while I considered my landing. 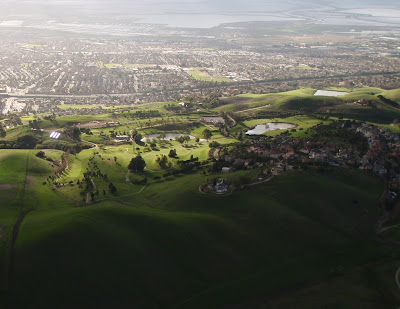 In the end it was no more bumpy near the ground than up 600feet, I chose the most open spot next to the windsock. Quite a ride! I think the new helmet brings good luck. 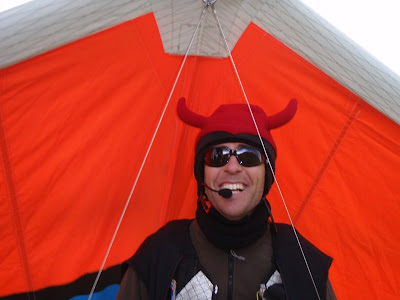 Very cool! I've been over 8K at Diablo, but that's launching from 3600'. You must've set the Bay Area alt-gain record! Nice photos, too.

It was a surprizing day, not sure on records, seems some of the XC flights from the 80's south would have gone higher. Maybe thats out of the bay area by then :) I think I could have gone over 10k (there was plenty of wave left on the cloud) but that would have (a) meant violating airspace pretty badly (b) I would have had to slide back over Calerveras lake, and I'm pretty sure I would not have made it back, since the wind was 40mph. I didn't fancy an outlanding that day, cos I'm a bit chicken (or sensible ? ;) I was plenty happy with the lucky flight that I had.

the 600 ft launch is 1200 MSL .
could be a Bay Area alt gain record, 6800.
does it count if the pilot was resisting with all his might?
whoever has done better please post your boast

Sounds like an exciting flight. I look forward to more details when we end up flying together again.

Awesome fight Ben, I glad you made it back to Kansas safely. See you in the air soon. Dave Clement