A few of us went for a nice Hike yesterday in the green rolling hills of Pacifica. 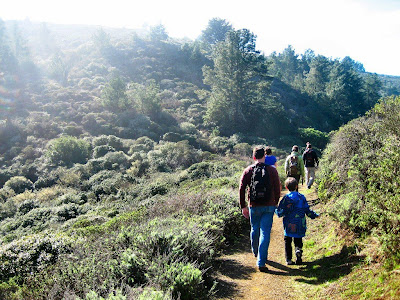 Urs and his boys Urs and Nicko, (& Tukie the dog). We started from Skyline college with the rough idea of heading to Montara, but I was not certain of access, and steepness, so instead we did an out and return to see how far we could get.

Trace with ACP Chris - finger banging his way through the wilderness. 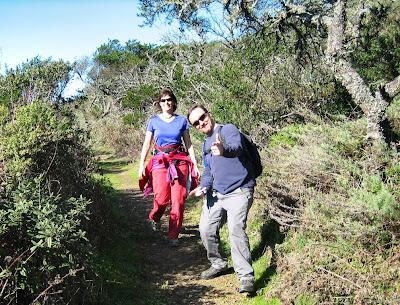 Crystel and Dirk came along too with Lana. There's Sheeba having a dog's life. 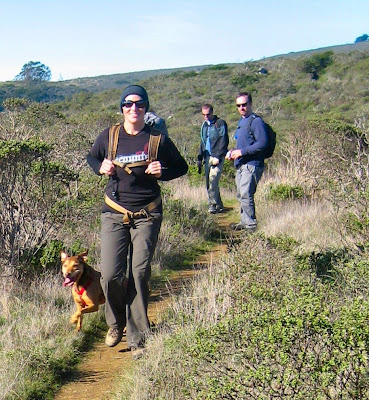 The trail got a little less than welcoming at the far end... No Loitering ? Does that include a picnic or taking pictures ? 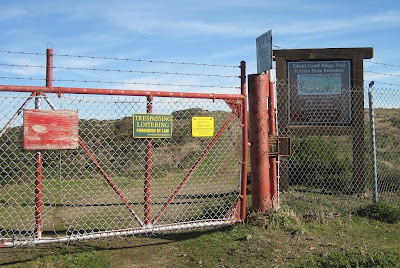 So we looped back around and found some beer :) And some more nice scenery. 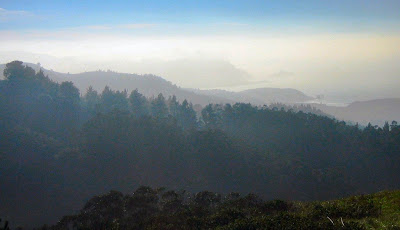 So here is a Google Earth view with the gps track. You can see the SF watershed lands south (ahead). One of these days I want to take a escorted tour of those grounds. Well I would prefer to just stroll around myself but that does not appear to be an option. By taking the tour I hope to find out why... 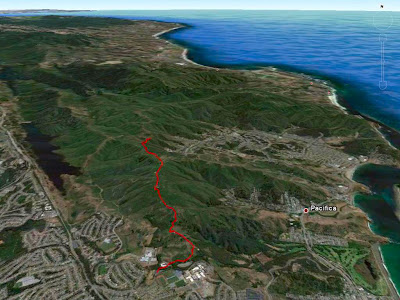 Here is a handy map of the area. 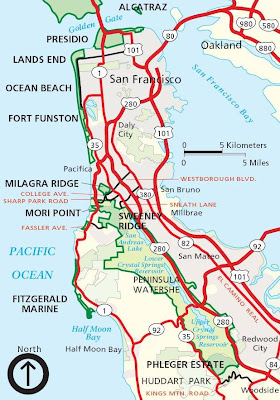