Day1 of the east coast championships

I sank out after pinning off early the first attempt. Second time around I flew 1 hour 40. The coast was a crosswind task, but as soon as I left lift I would sank out. I ended up taking a huge detour and sank out before the first turnpoint. The lift was better by the coast, but the first turnpoint was 15 miles inland. 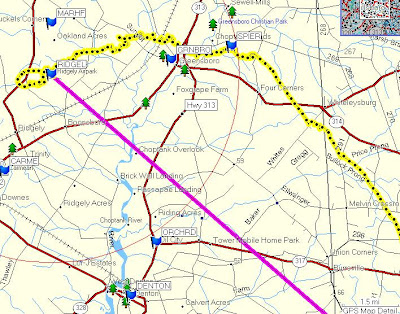