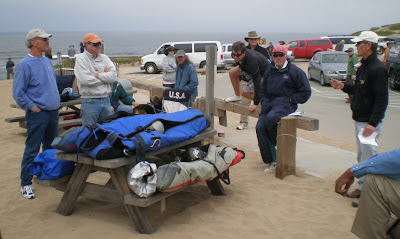 The set up area. Some really nice gliders there 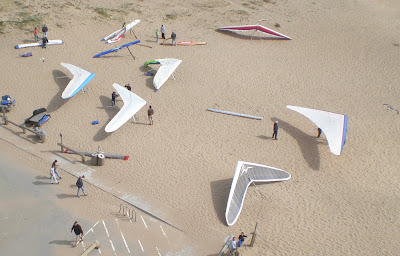 The wind came in gently on Saturday, so some of us set floaters up in the meantime. Kraig was was first on Saturday with Kenny just a few seconds behind, and Jonny right on Kenny's heals.

After racing Kraig and I took a fun flight and got some pictures.
Lee hosted a really fun BBQ. 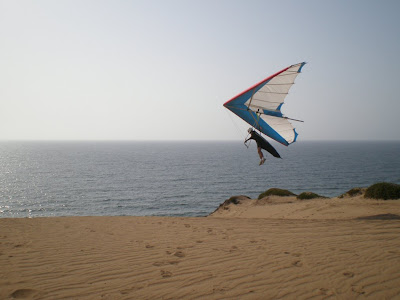 Sundays competition hotted up a little, with the long course picked (12 miles to sand city and back.) The wind was already blowing in at 11am, and everybody was eager to race having had the experience from yesterday. Jonny's winning time was around 18 minutes meaning an average ground speed of around 40 mph and with the 25 mph crosswind, thats an average airspeed of 48mph !!
Jonny took 1st, Kraig 2nd, Kenny 3rd, these guys were all within seconds of each other. It was really spectacular to watch and especially so when in the air going the other way within 25 feet. I finished right behind Konrad from Brazil for 5th. 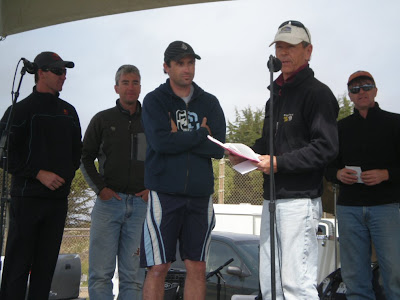 There was also a Kingpost class. Donny in 1st, Al in 2nd and Urs in 3rd. 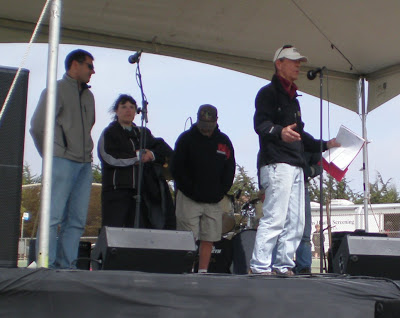 As part of the festival Kites were abundant. This on was particularly captivating. 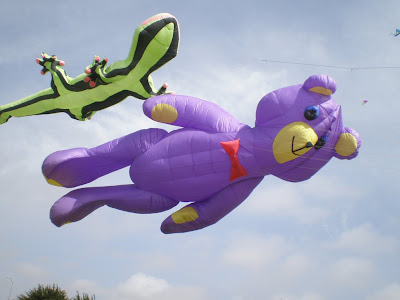