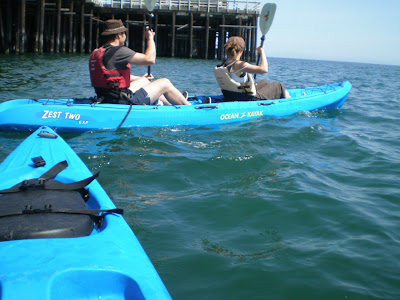 I was impressed with Tamsin and Fabrice's kayak skills - in fact I actually had a hard time keeping up later on. 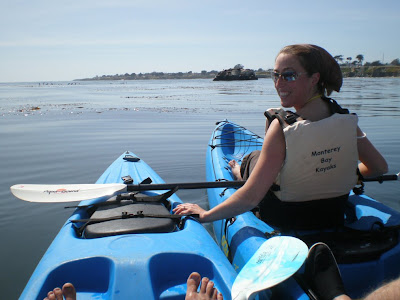 We rented an extra boat for me from the wharf, and set off around seal rock, steamers lane and the surfer museum and light house. West sy-ide. 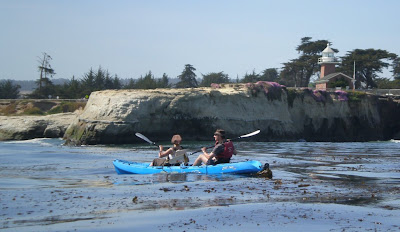 There were sealions, otters, seals, pelicans, jellyfish and one big surprize. 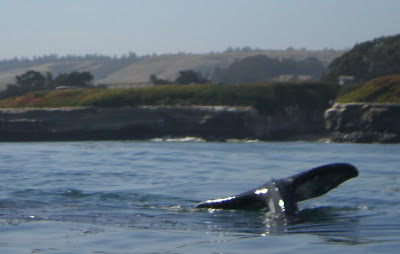 Yup while we were quietly watching a sea otter, a huge venting of air blasted out about 20 feet behind us as a grey whale surface. We were excited, surprized and silent all at the same time. It was pretty amazing. The whale continued to hunt right infront of us for at least an hour.

We turned around at Natural Bridges, seeing the whale again on the way back. We took many pictures and only one was actually recognisable.

A seal resting? on the beach. 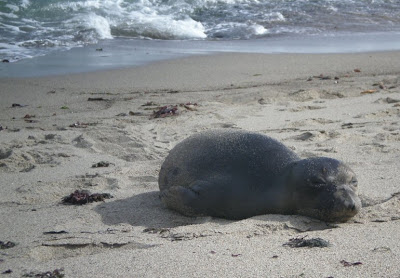