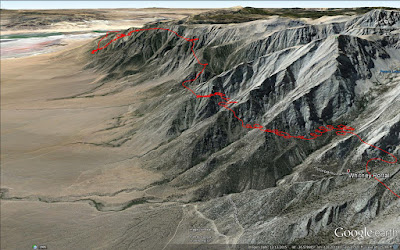 For many years Memorial holiday weekend meant trying to get a few spectacular flights in the Owens Valley. Some years were great other the weather made it not worth going but it has been many years since I had the opportunity and this year really was amazing! The first day ended up being a practice day up to Bishop before the weather closed in. 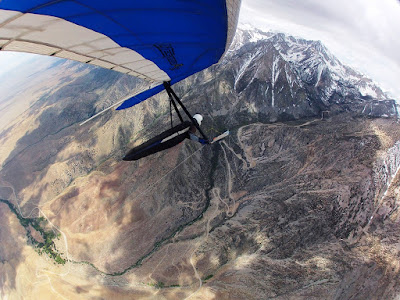 Sunday was the big distance day, although I struggled a bit the first 20 miles or so. One of the key motivators to fly Memorial weekend is to see the peaks snow capped, before it melts. It really does enhance the scenery. 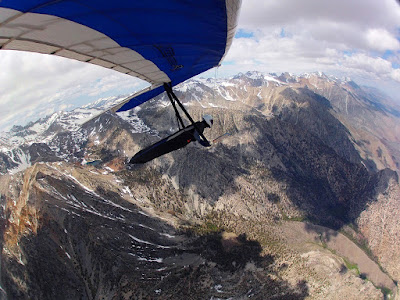 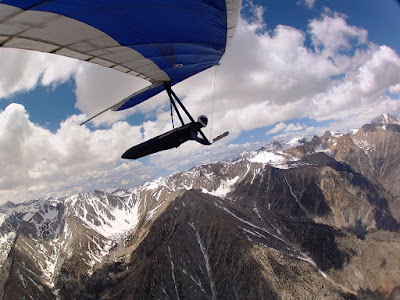 An occasional slap of turbulence keeps one focused though ;) On up to Bishop, where usually the wind turns west, and normally we would jump over to the West facing White mountains. Today was different however, prevailing was light south with a touch of east. We would stay on the Sierra, exciting because I'd never had the opportunity before to continue up the east side. 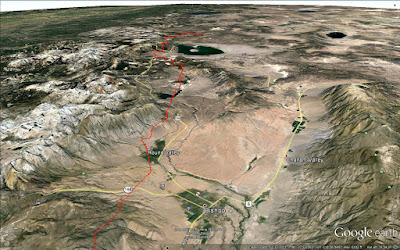 Almost when down in Bishop but got a screaming climb from the deck to 14k, right there in the valley. It was right about here my camera quit, but I carried on up over the pass to Crowley (where we launched the next day) and there it got interesting, a cloud gave up and started raining back behind McGee and Mamoth. Seeing that I figured the lift would be on the east side of the valley, so I went around over the glass house mountains, over to Mono lake, which is quite an intimidating stretch of trees and lava flows. But there are clearing here and there, and I had enough altitude to go for it. I ended the flight at Bridgeport airport, for 137 miles, the sky was turning menacing. 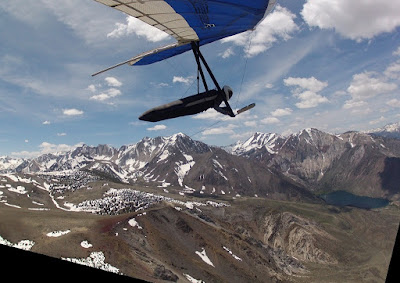 The next Day we flew from McGee, a mountain I hadn't launched from before. It is really stunningly beautiful. 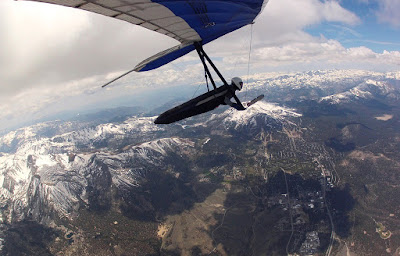 I actually enjoyed this flight more than the previous day. The ceiling was higher, 16k I think, it was sunnier, and we took a totally different route anyway. Further west more over the Sierra. There's Mamoth ski resort, way below. 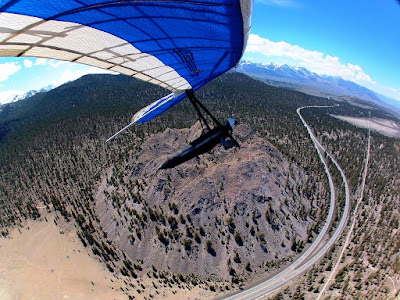 Almost decked it behind this crazy looking feature, (Wilson butte) it's some remains of a decomposed volcano. Anyway I scored and climb as I was unzipped. I was glad as I really was not looking forward to "arriving" in that field. At 8200 feet MSL and in wind shadow I'm sure it wouldn't have been pretty. 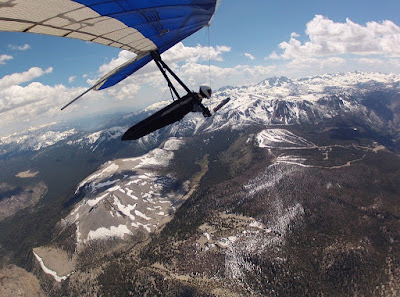 And then the last crossing, June Lake ski resort and High Yosemite in the background. What a day Wayne and I glided into Lee Vining airport and we went back and got Paul from a nice field near by. 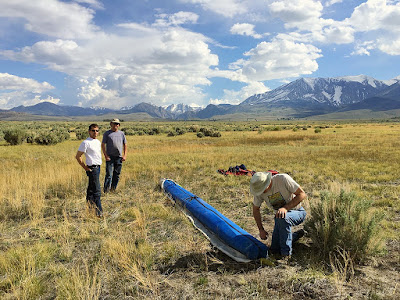 We were home in 6 hours as we'd landed in Lee Vining, It doesn't get much better than this ! Thanks to Ben for Driving it was great to hangout in the Owens :)