Flying in the freezing air. 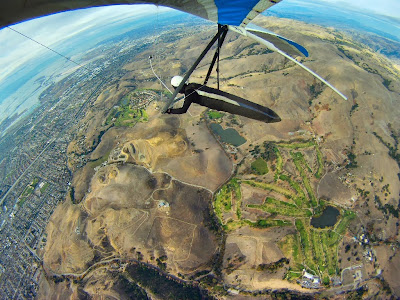 We had some record breaking cold temperatures in the bay area last week. Along with that usually comes some good flying and clear air. 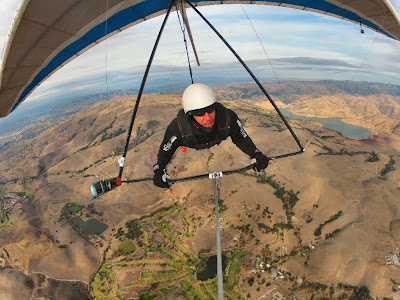 Which means good clear pictures. I was hoping for some snow shots but only Mt Hamilton got a dusting. 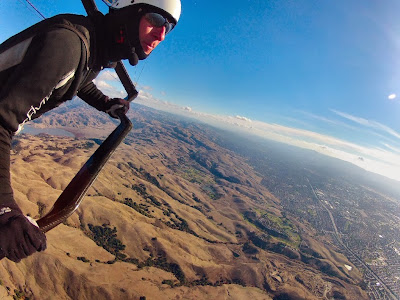 Saturday was considerably colder than Friday. At launch it was barely 32'F during the day, and at 5200ft cloudbase it was 20'F. 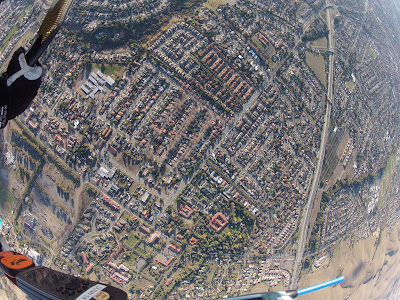 When Zac asked if I wanted to go cross country to the south, my fingers were frozen stiff and I was pretty uncomfortable. I declined thinking I would, top land and grab my bar mitts. I had dressed pretty warmly otherwise, below 3500ft I was OK I opted to just punt around. Setting the small upwind task to fly over where we are staying in Fremont. 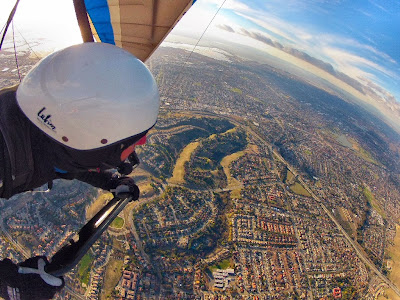 Getting down was a challenge, it was got dark at 5pm and everywhere around the LZ was still going up at 400fpm. I landed with my sunglasses in my mouth. Broke down quickly and went and got Zac from Hollister (50 miles south).