I've been enjoying the lower budget sports recently, well, except I had to buy a new bike! The limestone rocks in Texas hill country have been rattling my brains out. I ended up with a KHS 204 - fairly generic full suspension bike with hydraulic disc brakes. It rides pretty well, though in hindsight I may have opted for tubed tyres and cable disc setup. It does handle the terrain spectacularly better, to the point where I'm still too chicken to explore it's full potential. Mind you if you've seen the Red Bull Rampage in Utah, then you'll understand ;) but at least I can now keep up with Heidi. 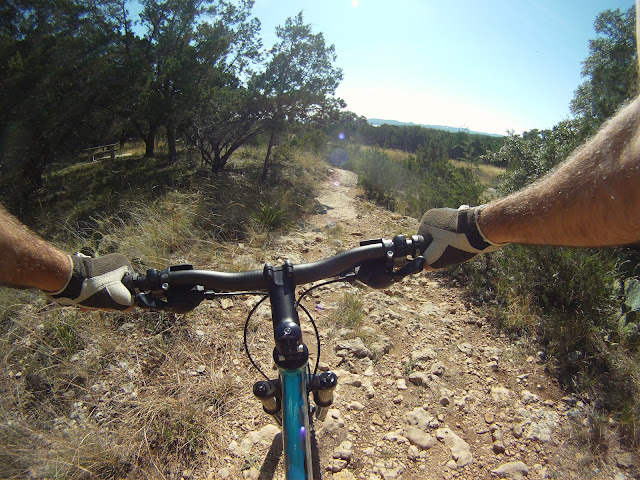 Localish around here there is some good riding. Closest is the Madrone trail so named for its one Madrone tree, which doesn't appear to be alive. The trail has got some good drop off's and rock gardens. 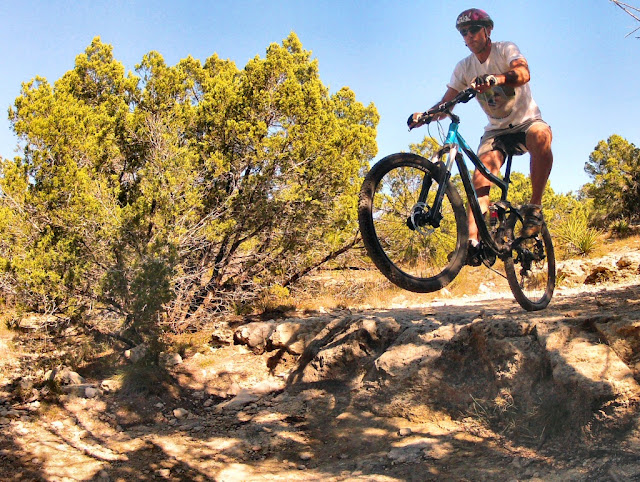 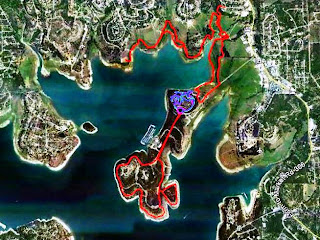 The trail is on a lake Peninsula, so there are nice views and its peaceful. 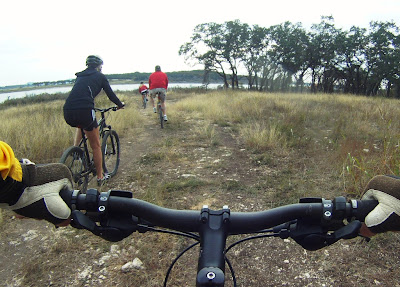 It also joins up with the Hancock Trail, which Tracy and Chris came and joined us on.
Labels: madrone trail, Mountain biking