Together again and back in Texas. 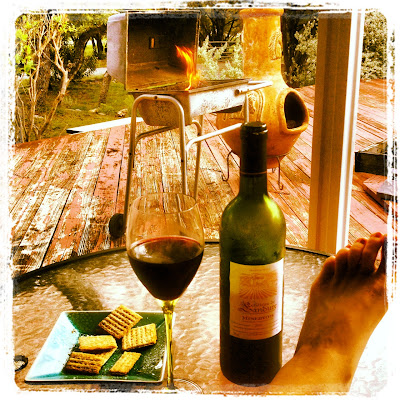 6 weeks didn't seem like it would be a long time at the end of our summer trip, to me anyway, at the time, but in reality from then to the end of the HG nationals seemed an eternity. Regardless of my complete misjudgement, happily I finally arrived back at Heidi's :)

As always there was far to much to do, before departing, I missed saying so long to a few folks, hopefully it won't be so long... The trip went fairly well considering how over loaded I was and how old my truck is. But as I got to my cursed mountain on I10 in Texas, I ran out of gas. Same place where I got a flat tire last year. There's a section where's it 70 miles between fuel stops. All of a sudden I was getting terrible gas mileage. I put it down to a headwind and a few hills, but a day after I arrived I found I had a bad ignition coil, so that was the likely cause. 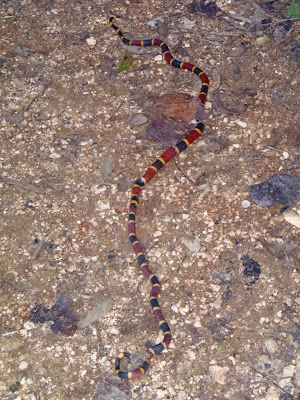 Since then I've just been unpacking and rediscovering what I packed up 3 or 4 years ago. Quite fun, a little like Christmas!

And of course, I've been catching up on some exercise! Check out this critter we found on a trail run. A Snake eating another snake!

At first I thought it was a harmless King snake. 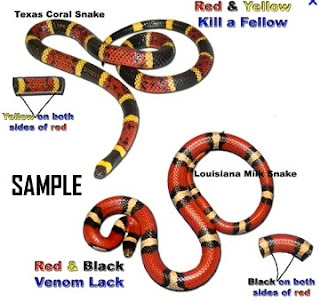 But actually it turns out it was a coral snake ! Yikes,one of the most potent venoms of North American. 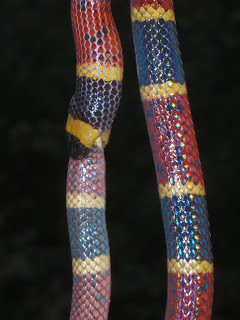 At least it's mouth was full ;) 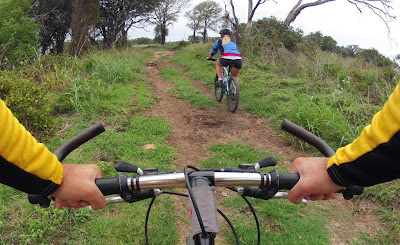 Another surprise here in Texas is how green it is. 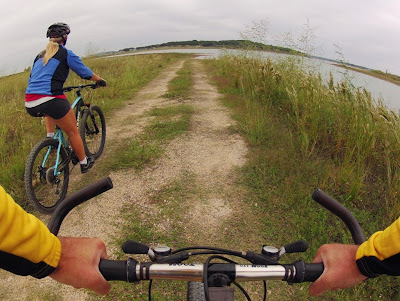 It has been hot and humid, 95'F and 80%. Though it cooled off nicely this passed weekend. 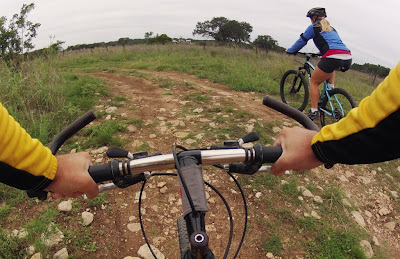 Perfect for checking out the Hancock trail, close to here.