Kayaking in the San Francisco Bay

Another fantastic kayak journey I've been wanting to do since I bought the contraption, is a tour of the north San Francisco bay. 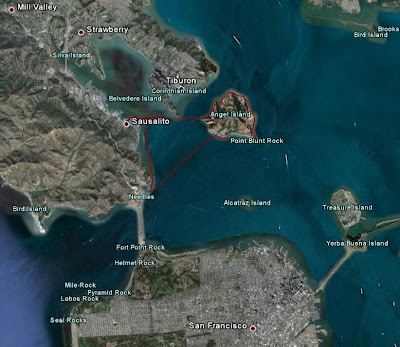 However you if you want to have a most excellent time, getting the weather right is a must. The water is cold, the currents are enormous, and the winds can pick up, howl and create quite a chop on the water! 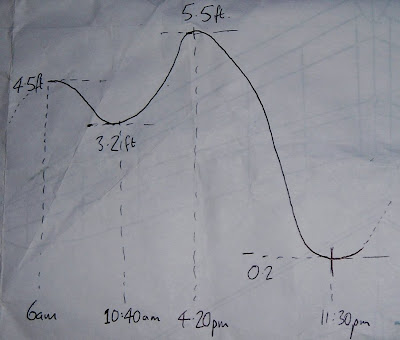 We were very lucky to get another rare hot (89'F in the city) day like this, it happened to be a Wednesday, and so Tracey took the day off. 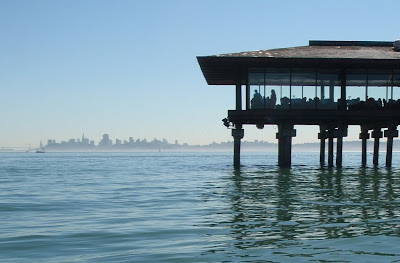 We "put in" in an industrial area of Sausalito, and paddled through (and under) the touristy part. 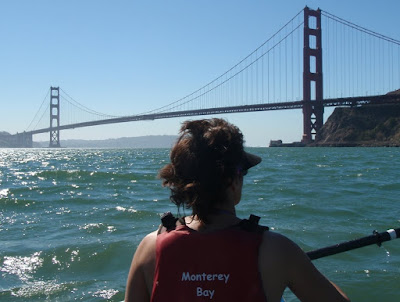 The tide was coming in so we decided to head for the Golden Gate bridge first and see how close we could get, before conceeding to the tide and wind. 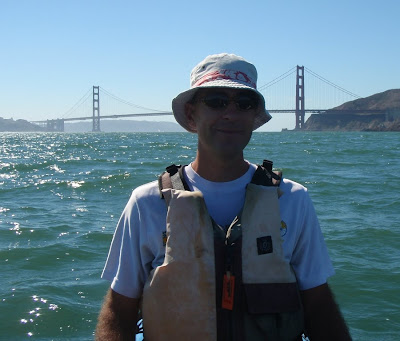 Heading in for Angel Island, we passed to the north of Alcatraz. 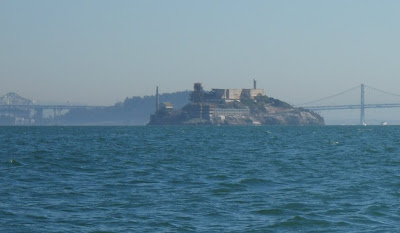 We landed on Perles Beach. It was a beautiful 85'F right there, quite unusual for SF. 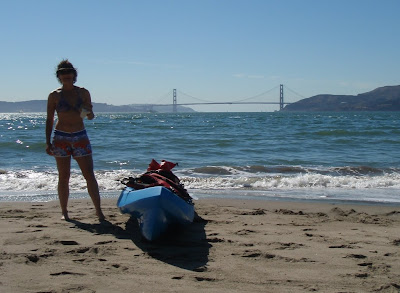 We picniced and explored the beach before putting back in. 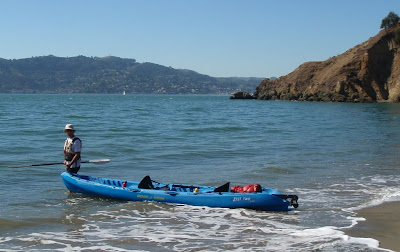 On the Eastern side on the Island behind point blunt there are some very nice sheltered beaches. 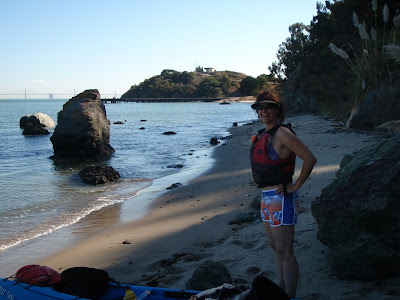 We passed by east garrison (an old abondonned missile base). 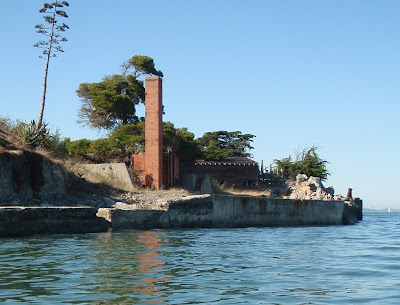 On to China cove, the old immigration station of the west (no Statue of Liberty here, but there is a very cool bell). 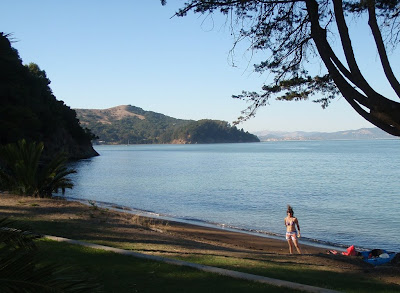 Angel Island was used as an immigrant processing station from 1910 to 1940. Immigrants were required to come here and stay until released after undergoing medical exams, interrogations and sometimes internment. In the 1940s the island changed to a POW camp. The Bell was intended to be used in Fog. 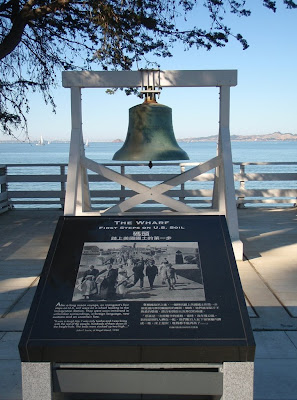 The next cove is Ayala, the modern day tourist boat wharf. Some sea fairing folks call this home sometimes. I like the old colonial houses... 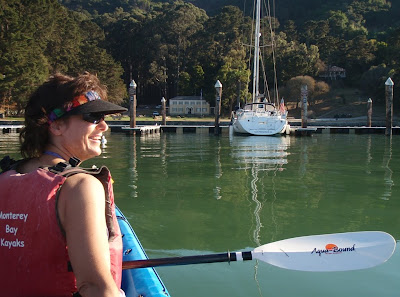 From Ayala we hugged the island shore as a squall came through from the west, then made the run across Racoon Strait. 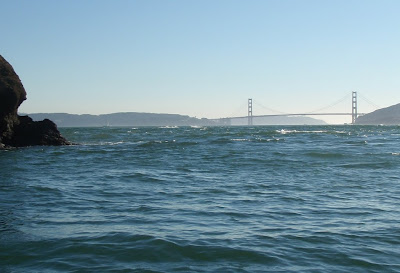 It was a fabulous trip, could not have asked for better weather! Or company ;) 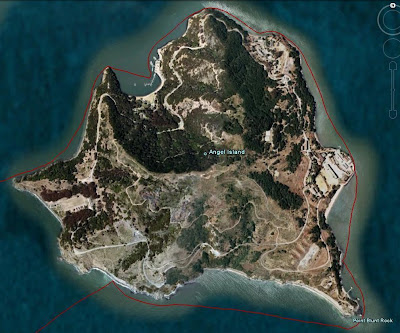 Hi Jamie, I think we had about 5 days like this, this fall. I managed to snag 2 of them :)