The Washoe Valley has had a long history of regional level competition. It is great to see a revival after a 10 year hiatus. Bruce a long time flying buddy of mine moved up to Reno a couple of years ago and is now the local club president. This event is one of many recent improvements in the area. 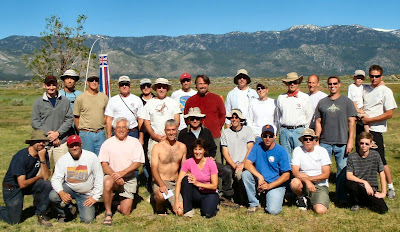 Bruce did an excellent job of organising the event. Not even flying himself, making sure everything went smoothly. Big E & Paul helped at Launch. I was very grateful of the help, getting over the higher guard rail is a pain, not only is there potential for scoring your flying wires but it leaves the pilot quite exposed to dust devils and other turbulence. 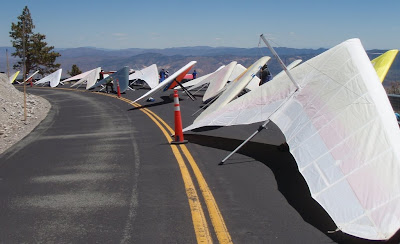 Steve nailed the weather forecast, with accurate top of lift and thermal strength. Bruce set an interesting and challenging set of co-ordinates to collect in pilots choice order. 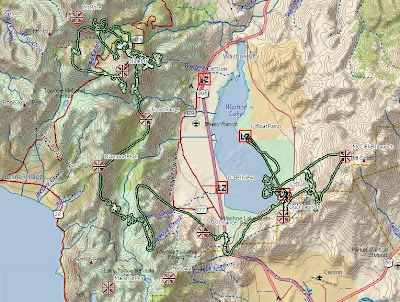 As you can see I missed 3 turnpoints, good enough to tie the max collected. The overall winner of this Accredited Competition Event (ACE) was David Gray a H3 on his Falcon. He and his Father Wayne flew amazingly well, working together as a team to tag a number of waypoints, then crossing the valley and spot landing at Duck LZ. Very impressive. 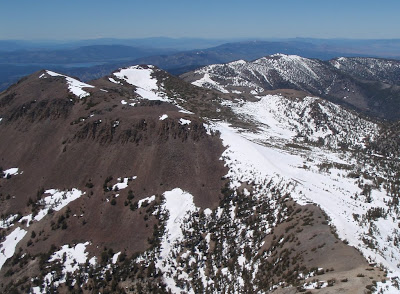 Above is Mt Rose. I had several attempts at getting the waypoint. First I left Slide a bit low, thinking I would climb toward it in the East wind, it turned out the wind switched to NW 18km/h at 11k. Hmmm back to Slide try again, this time I got over 12k at Slide and tried t glide to it. Hmmm -800fpm, turned around again. Last attempt I climbed to 12k and followed the ridge around the west of Mt Rose, nice glide this is working... Until 1/2 mile from the peak I started hitting what felt like rotor or mixing air sinking at 1000fpm I tried to keep the glider pointed at the Waypoint and fall passed it. As I got closer to the waypoint (in altitude as well as horizontally) I wasn't comfortable with my turbulent flailing trajectory, I veered away thinking "if i didn't get it, there's no way I'm trying again!" 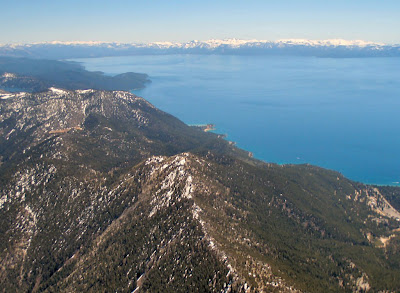 Eric F was having a much better time to the south. So after climbing back to 12k, I headed that way with a beautiful view of Lake Tahoe to my west. Nearing the southerly waypoints, the anticipated climbs had not materialized, I didn't have the altitude to get back to the valley from the turnpoint. I turned back to the lower range to try and catch a climb from there. That did not work either and I almost ended up landing in the end of the valley. A weak climb got me high enough to dolphin fly to the duck LZ. 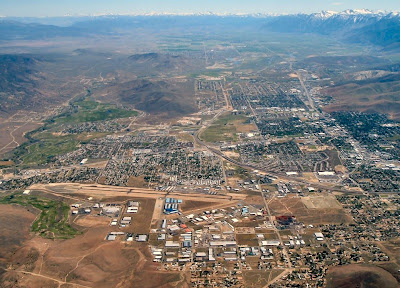 I was setting up to land when a ripper came through. It was torn up but a powerful 1000fpm. It reformed a little upwind this time a solid 1100fpm with peaks of 1700fpm. I was soon back at 12k and completely parked in the 30mph headwind. No sink though. You can see evidence of the convergence on the lake, where the NW wind meets the NE. 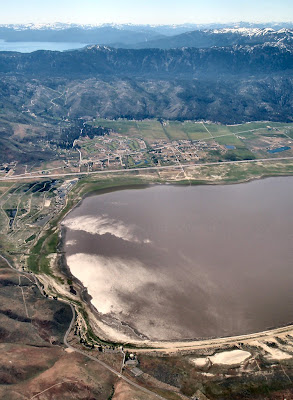 Slowly I drove forward and tagged McClellan peak, still at 12k it was time to land. typical !!! spend all day struggling to stay up, now I can't get down. I drove into wind all the way across the lake not losing much at all, trying to avoid lift. Washoe has been developed ripidly in the last 10 years. There is the Reno airport straight ahead. Eyes pealed for traffic. 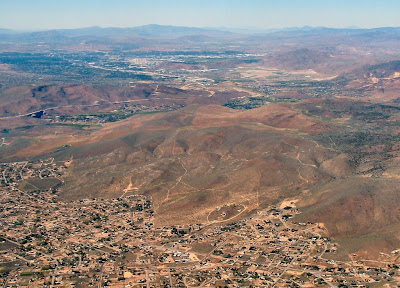 It was turbulent below 8k. Fortunately it calmed down 300' over the ground, landing was easy. 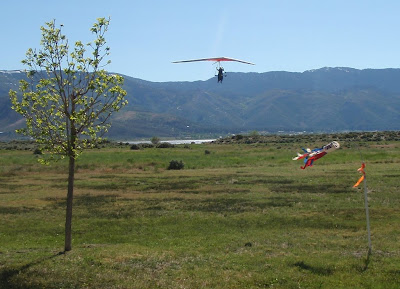 Here are Bruce and Big E. He has the attributes of a very very handy launch assist :) 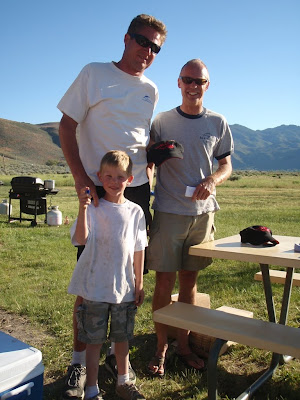 Congratulations to Bruce on such a sucessful meet, and Thank You to all the helpers, I look forward to next years event!

You can see more pictures here :