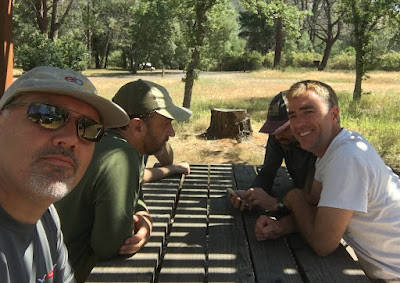 At the time I knew this was going to be my last McClure for a while, a long while. I was a bit sad about the fact. JT, CRV, Brian and Wayne, I gonna miss those guys. 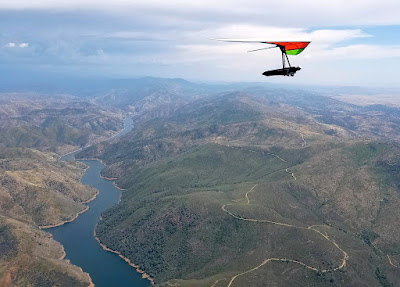 While the weather wasn't  spectacular it was good enough for some much needed air. The Coyote Howl had already been postponed from a week earlier. 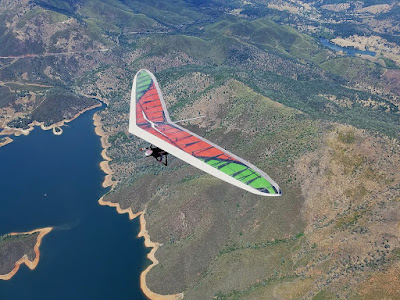 I got to fly with Zac, which is always cool, he generously waited around for me, so we could fly together and took a couple of really awesome pictures ! 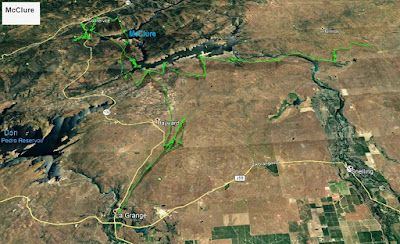 I landed out the first day in Hornitos, Zac went on to almost complete a triangle via the same spot. He was only a mile short but it was on the other side of the lake, ironically a couple hours to retrieve from. Unless you had a boat! 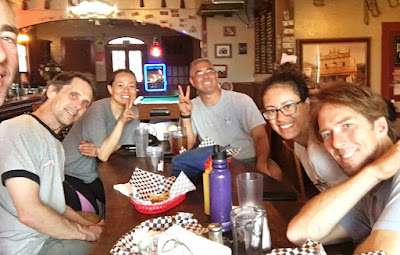 The next day we flew to La Grange, not far but really challenging, the climbs were often less than the glide back into wind. We stopped in the historic La Grange Saloon for dinner. Terrys daughter owns and runs the place.