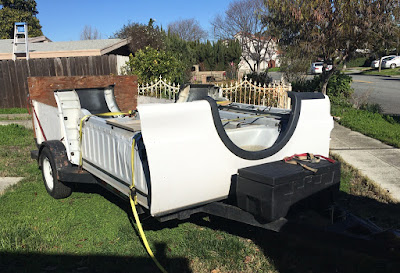 I sat on the fence a long time deliberating whether to fix my truck or get a newer one. Aside from the fact it is old (21 yrs) and high mileage 315k Miles, it had some pretty broken peices. Mostly the bed which I knew was split in a couple of places but suspected worse. Two things happened that persuaded me to fix it. I found a used bed on craigslist for a reasonable price with my buddy Rick helping get it and put it on. Second it sailed through smog. 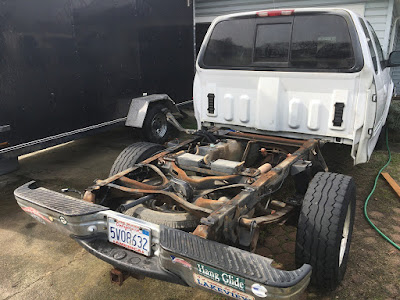 So off we went and picked it up, the damaged bed came off the frame relatively easily and the frame rails were in remarkable shape given the punishment it has taken over the years. 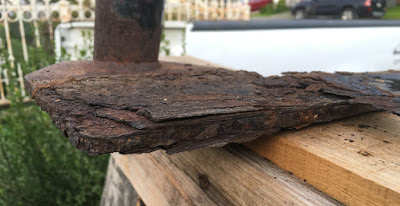 The lumber rack however was in terrible shape. In hindsight I should have replaced it, again two things stopped me. First was a huge storm during my only chance to go pick it up. Second was the rack was the primary cause of the bed failing, and improvement in the rack design might mitigate the stress and shear forces. 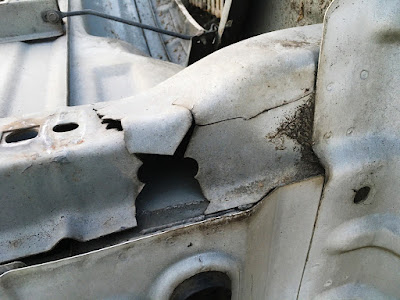 Here's the damage on one side to the front truss, the other side was similar. The splits, cracks and tears are obvious. 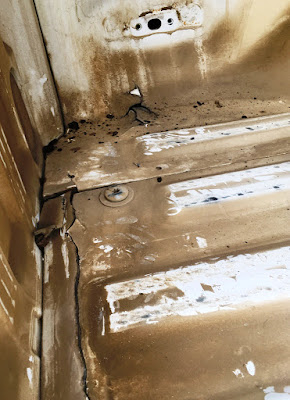 Inside the bed over the truss edge, the floor was split almost along the truss length. This was hidden by the bed liner. There were numerous other place where the metal had failed. 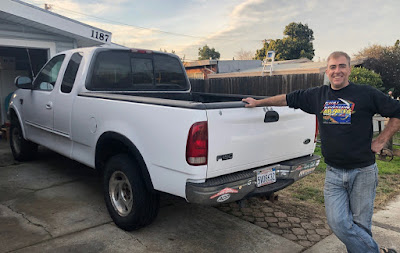 The replacement bed went on pretty easily, I had to replace the gasoline hoses, since in 1998 ethanol was not the gas, and now that it is, the solvent properties were dissolving the fuel lines. A new light cluster and some other bits and pieces. 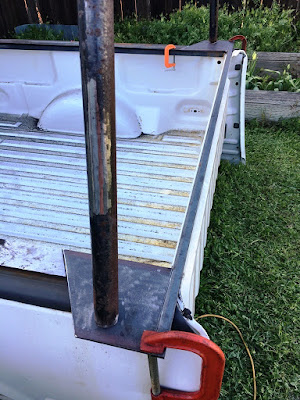 The old bed was useful as a jig for fixing up the rack. I picked up some 1/4" steel from Sims metal, and cut it to size, and ground the edges (prepping for welding). Ha - finally putting the city and guilds course to use! Hmm 22 years ago that was... 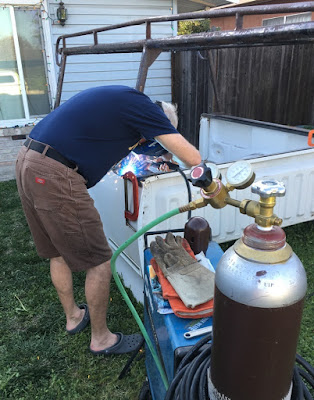 However I gratefully accepted Ricks offer to do the welding... Now was not the time for experimentation! This was 7 weeks into the project since it kept raining at inopportune times. 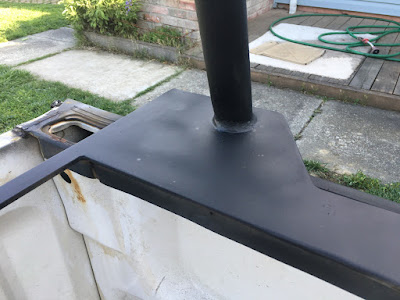 After that it was mostly an insane amount of sanding, well, grinding, and a small amount of painting. Difficult to tell the old from the new though. I extended the bulkhead support as a step for tieing the gliders, this works great, although it needs some sticky back no-slip grip. 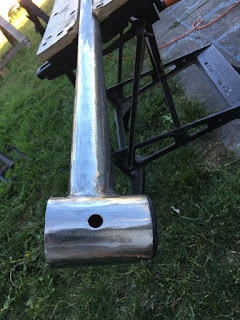 I don't know how much time I spent grinding... Maybe an hour a night four nights a week for 5 weeks, plus a few weekend days... 35 hours ? yikes. 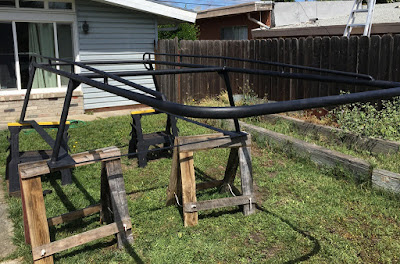 I used rustolem rust eater primer spray, which was a waste in hindsight, while the finish was really nice, I brushed on the top coat. I should have just brushed on the primer too, way cheaper. And well, its a 22 year old truck. 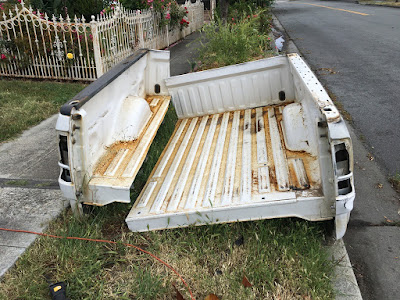 At some point I tried to give away the bed on craigslist and then to a scrap metal dealer.. no bites though so I cut it in 3 with a sawzall (that was fun! and remarkably quick - 12 mins ?) I took it to the metal recycle yard myself and got $8.50 for it. It was around this time I realized there was something really wrong with my back axel. Originally I thought it was a brake drum, but it turned out to be a bearing which had disintegrated. Off it went to the mechanic and I would not see it again for several weeks. 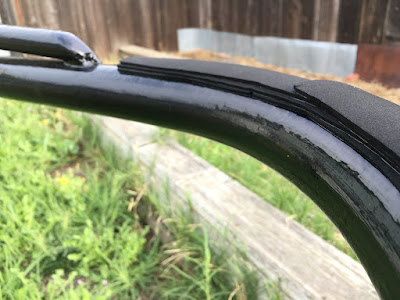 meanwhile the final coat of paint went on, and then the padding. This time I went for closed cell high density sticky back. I think it will carry gliders better, with less vibration. It will certainly last longer, most likely longer than the truck. 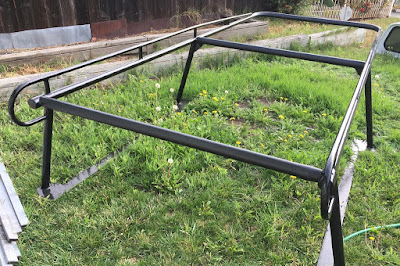 PVC pipe wrap tape. Great for UV protection, adds some point load spreading too, for cylindrical tubes, and other not so rounded objects. Now I just needed a truck to put the rack on! And this in itself is quite a story, especially as I had things to move before moving out to Colorado with it. 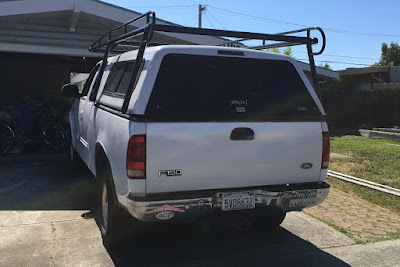 Finally I got my truck back and a huge thanks to Kurt for helping reassemble the rack and shell onto the bed. I was desperate since my schedule had come down t the wire, and it was the eve of July 4th. 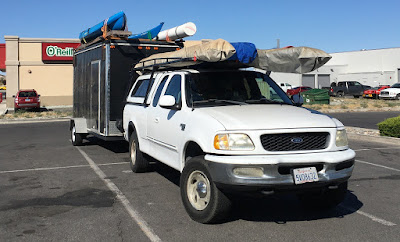 Hours later I was loaded up and on the road to Colorado, the rack, bed and differential were got their road testing going over the Sierras.