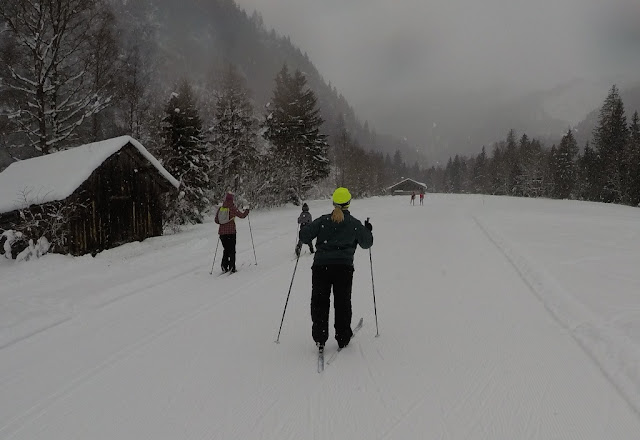 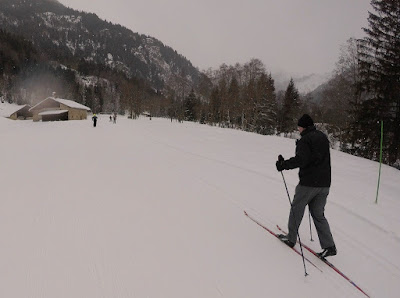 It was a warm heavy snow this day, in Contamines-Montjoie we needed to get just a bit higher to prevent the snow sticking, but it was fun regardless, just had to keep sliding to prevent melt stick. Dad gave it a shot too. 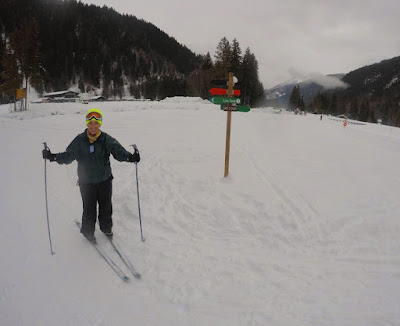 Its a pretty collection of groomed circuits to skate ski around. 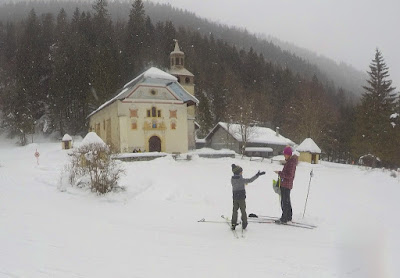 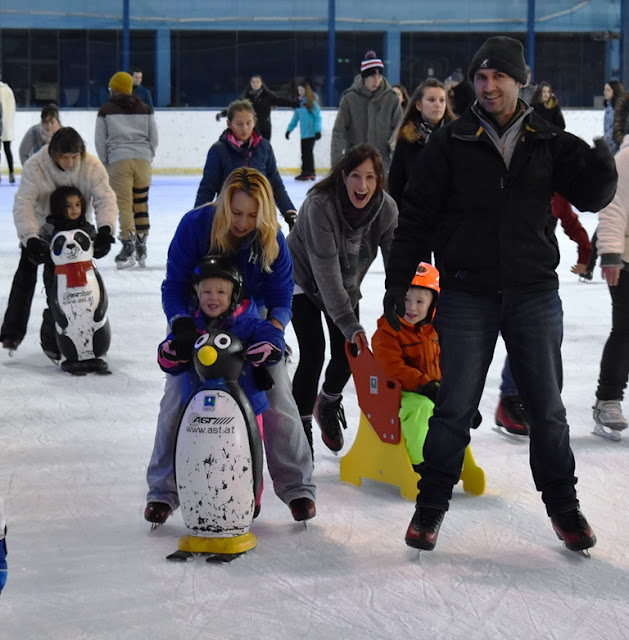 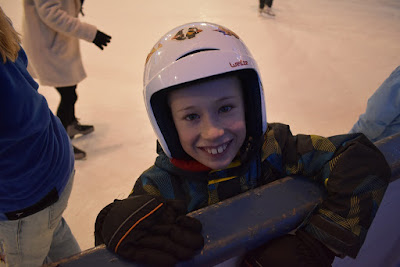 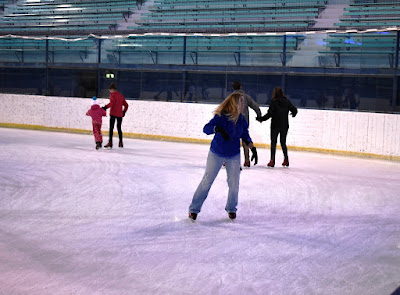 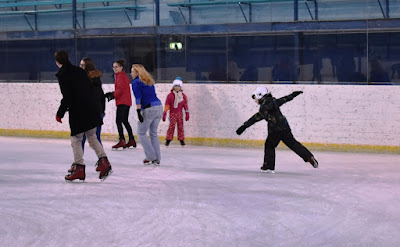 Matheo inspired too. (not wine fueled though) This was the coldest day by far and only Fabrice and I were keen to go out. I rented a long board this day, which turned out to be a mistake, the powder was too deep to get into on the unfamiliar slopes, especially since is was white out on and off. We made it over to Taverne de Belleville fingers crossed weather would not shut down the lifts while we were on the far side of the mountain range. That would be quite a retrieve ! 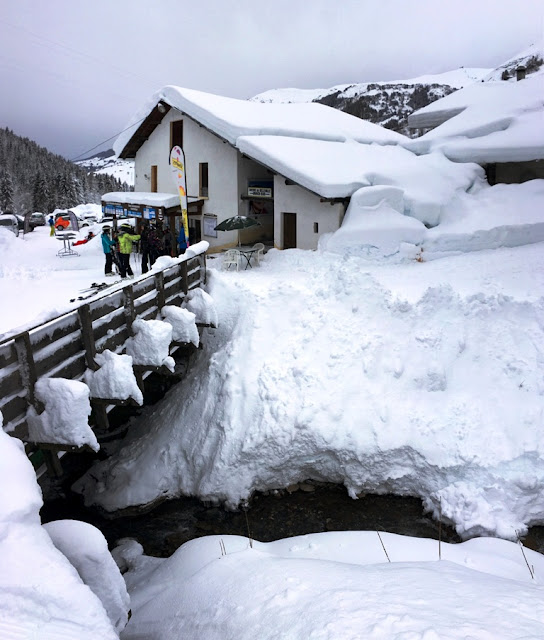 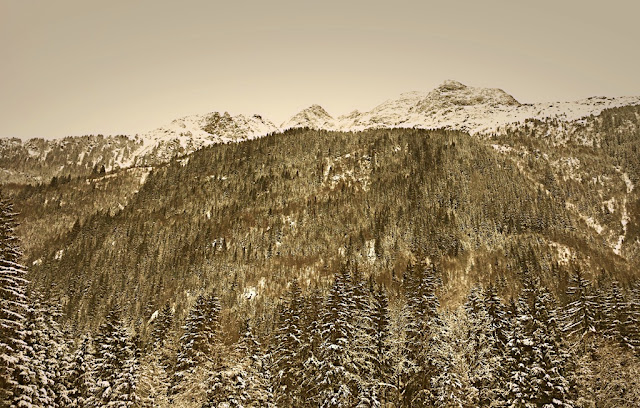