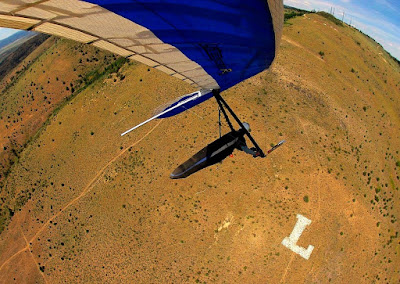 At Lakeview this year we chose to fly from Black Butte, instead of Sugar because of the landowner issue there. Its really too bad as the geography, prevailing wind make for a fun race back to the town that most pilots can join in with an d get back at a reasonable time, while giving the locals something to see as a number of gliders land at goal in town. 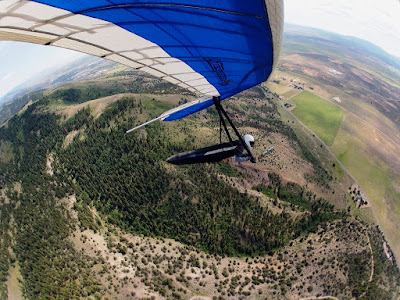 Instead we flew north along Aberts Rim which is indeed spectacular, but landed at Wagontire, back intime to find all but one diner closed. 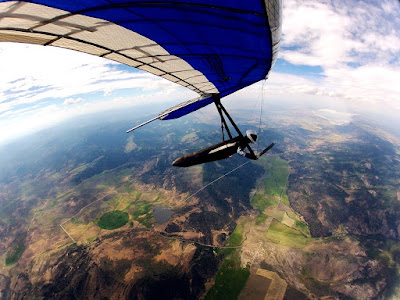 Nevermind that though, we are there for the flying primarily and Lakeview is generally great to spectacular. 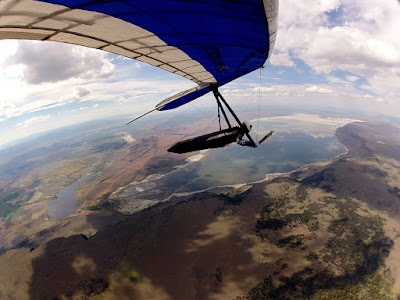 It took a while, but eventually I climbed through the inversion into the strong westerly and topped out about 13k. After missing the first climb, the westerly and higher climb actually caught me back up with Wayne and Tom. 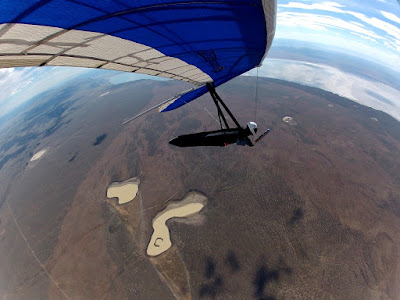 We flew close, but completely different lines along the rim. I went high and deep, Wayne raced along at 10k, Tom took strong climbs and ridge soared. 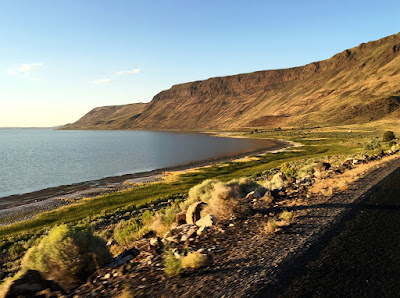 The rim from the ground is spectacular too. 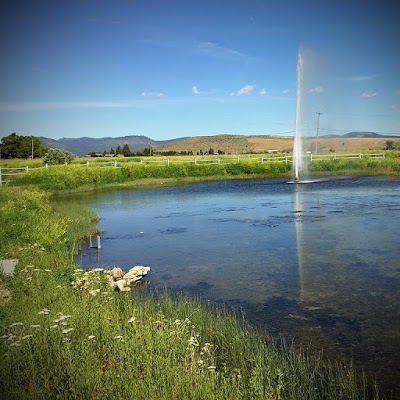 This year the geyser was still firing on July 4th. The next day I flew way out front at 14k thinking I had shot some really cool pictures only to find the gopro had been pushed into the ground by a dust devil at launch and turned off. Still, on the flip side, I took first in the spot landing competition. 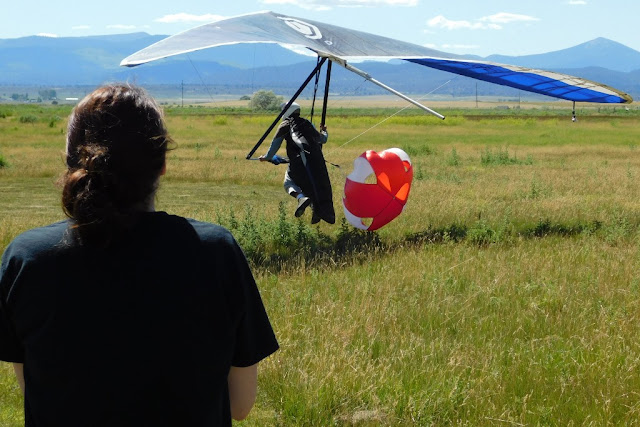