Before leaving Alamagordo, I wanted to go check out the Space History museum it's quite distinctive from the air, and has lots of fascinating details inside. It also had an IMAX cinema showing 9 planets and counting. My mind was overwelmed by all the interesting facts, then I was given a tour of the theater itself. The film real system mechanism is amazing. 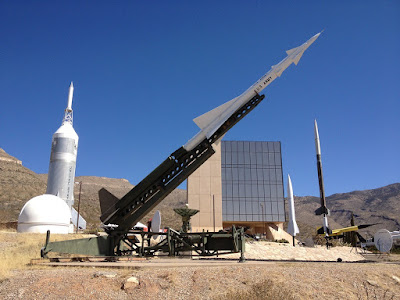 From Alamagordo I headed north through a lava field and then west upto the VLA Telescope on Hiway 60. I would like to have taken a tour, but time was lacking for that. It was also getting dark and cold. I stopped for the night up on the central divide. When I woke in the morning, in my 5 sleeping bags, It had gotten down to 23'F. It had also snowed a bit ontop of black ice, which made driving my overloaded truck with the trailer ... interesting. 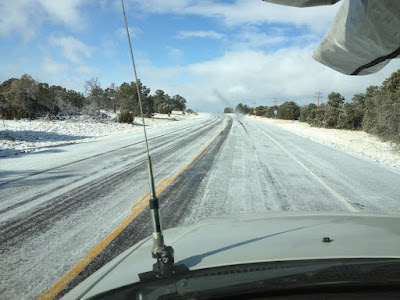 Through Flagstaff and a few snowstorms later I made Vegas, suprizingly on time. I met Lisa and Kim there and we took a tour of Mt Charleston wilderness, made very pretty by a good dusting of snow. From there We traveled into Death Valley, a national park I hadn't been to before. 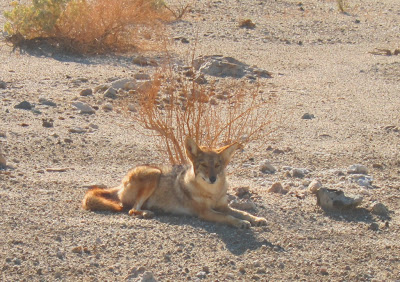 The lowest place in the US at 282 feet (86m) below Mean Sea Level is covered in salt. 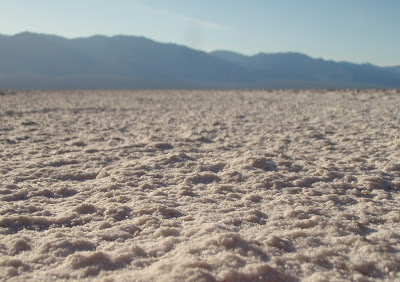 Up the road into "Artist Drive" area - pretty road :) 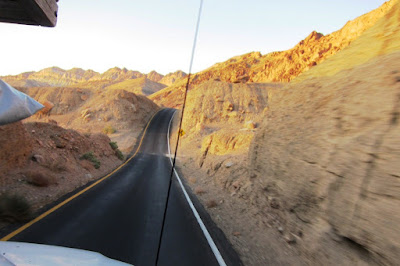 This is where the rock turns to incredible colors. 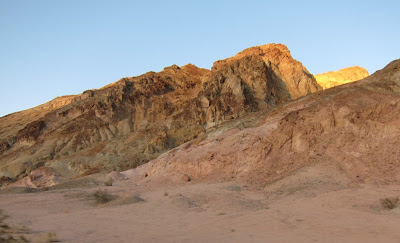 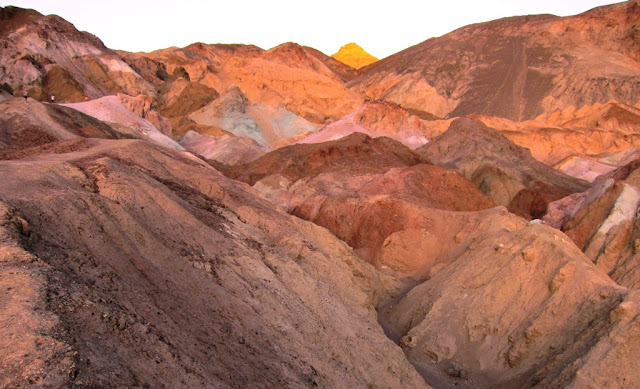 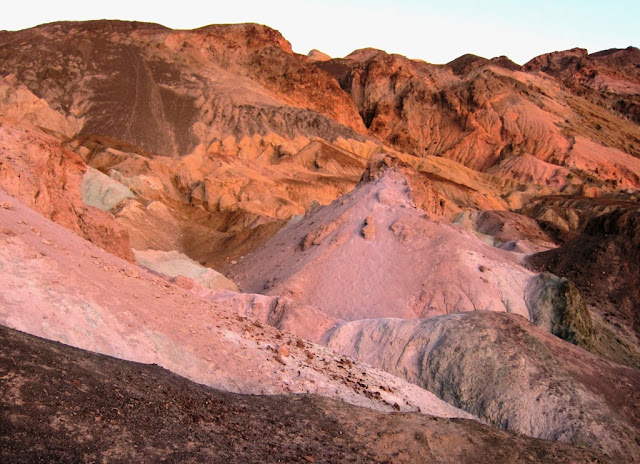 The dunes area is something most everyone has seen or heard about. Fun to run around on. 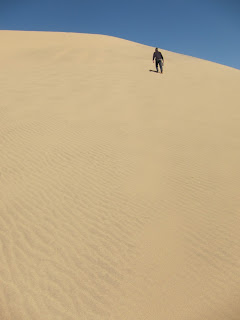 From there we stopped in Lone pine Movie museum and saw an old 1926 western, entertaining in a cringe kind of way. Next day we headed north and found some hotsprings to relax in. The view from there was Spectacular! 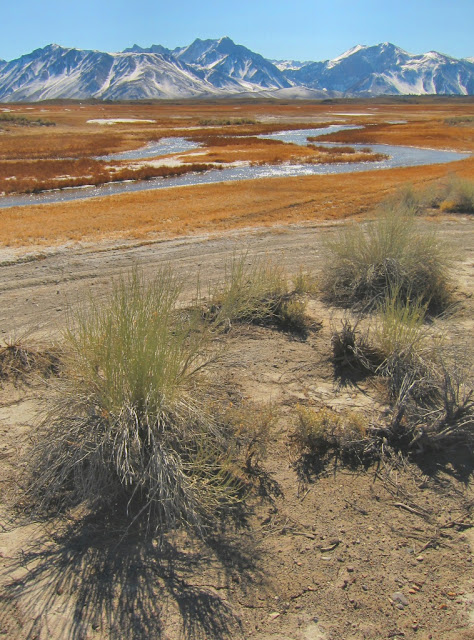 From there it was up over the Sierra mountains and back to San Francisco, where we went our separate ways. From New Mexico on it was one of the most spectacular drives I have done. 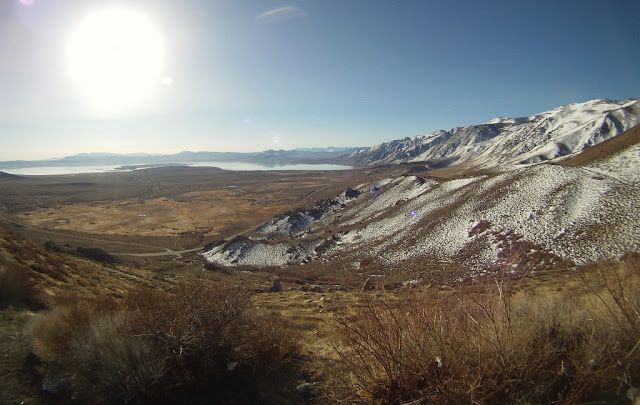