Life, Liberty and fruits of the Butte

This year Kamron from Northwing asked me to fly his new glider, the Liberty. The Chelan XC Classic is a fairly low key competition, so why not ?

The meet kicked off with a welcome party up at Trygs place, fantastic scenery especially at sunset.
It was great to see so many familiar faces from all over, some I'd not seen from 4 years.
The XC Classic is a different format from most other Hang gliding competitions. Rather than race to goal format (like a sailboat race around bouys). Chelan has a collection of points that the pilot can use to make up their own course. This allows the pilots to be relaxed or aggressive to their own taste, still be competitive and have a wonderful time. A course might be straight out distance, or a join the dots distance, out and return or even triangle. Lets face it who actually enjoys a 4 hour drive back to base and eating at 10pm, not to mention that bill at the gas pump :) 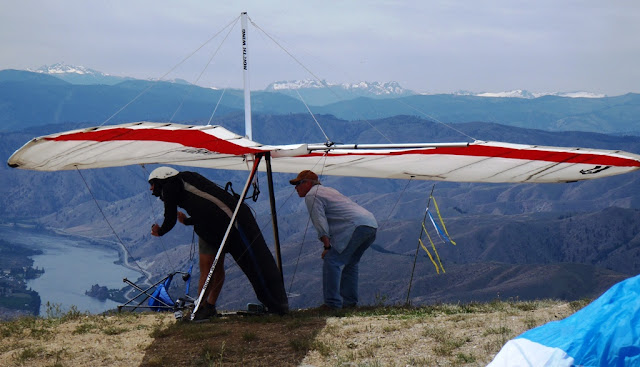 So here we go with the Liberty, easy setup, beautiful sail-work (especially around the tips), nice static balance everything my spoiled self has come to expect in a modern Hang glider.
I tried out a couple of different Liberty models (both 148sq ft) One had the standard configuration, a more responsive roll and lower stall speed (in the batten profile), safe edge down tubes + round base tube. Both models had VG. The race model has the fast foil down tubes and base tube and a flatter batten profile. 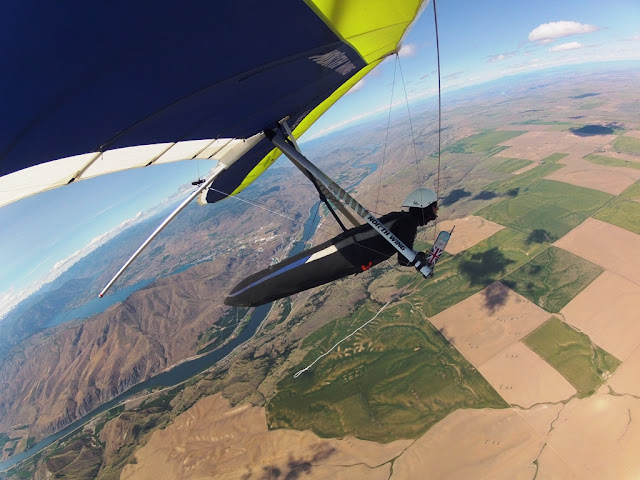 Of course I preferred the race model, the penetration in wind was better and I found I didn't have to work as much in thermals to keep the glider centered. That said, both gliders are exceptionally easy to turn, and I had to double check with my team mates to make sure they were comfortable with my proximity. One never knows if ones glider is flying well on a given day or if the conditions are just smoother than average... 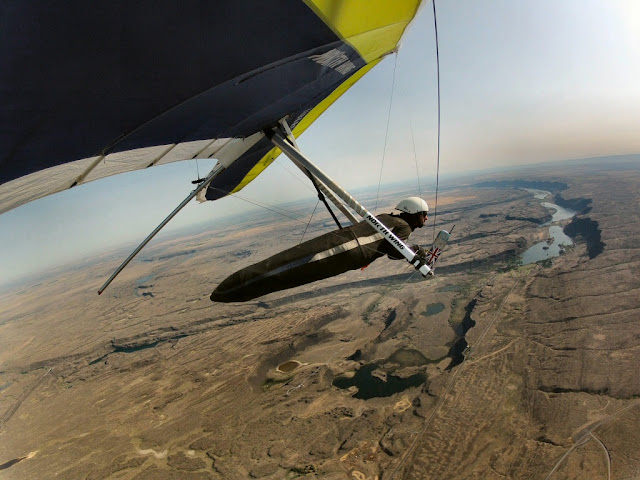 Talking of Team mates, I had a blast flying along side Konrad, Wayne and Paulo. We had 3 really good days of team flying. The Kingposted Liberty had only minor glide performance disadvantage from the topless models, and then really only in windy conditions, I found this remarkable. I got to explore some very pretty terrain I'd not flow over before, a great bonus. In one flight we fly from snow crested Cascades to the desert and back - hopefully ;) 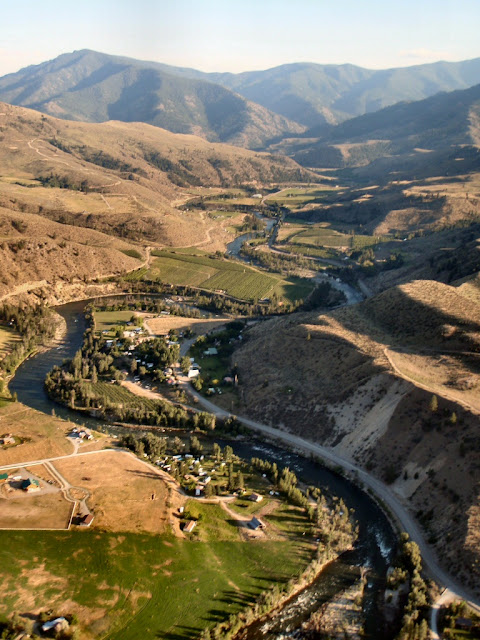 Here's a plot of the routes I flew, some of which don't make a whole lot of sense ;) But I will say that the climb rate or ability to climb in the lightest lift really helped me out of several spots. Down by the soccer field in what turned into my longest flight at Chelan ever. Also out of a couple of spots that were not easy retrieves. The glider seemed to out climb all but the rigid wing. The different colors represent the five different flights. 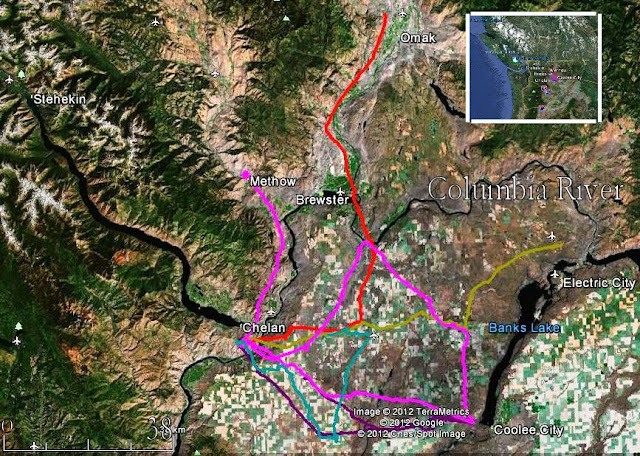 So a tonne of fun, through the course of the week. And how better to thank my driver++ by a few trips to the local wineries. There are so many to choose from on the Washington Wine Trail. Thanks Heidi :) 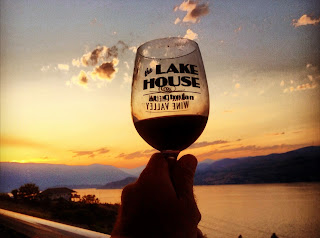 Meanwhile back on the butte, flying was still great and many pilots were having personal bests. A group from Brazil were loving the cool evenings and the scenic flying. At the end of the week the scores tallied up as below. You can see the Liberty won the King posted class but also placed very well against the topless and rigid classes. Best 4 of 6 days is used, we didn't fly on the 3rd due to windy conditions. 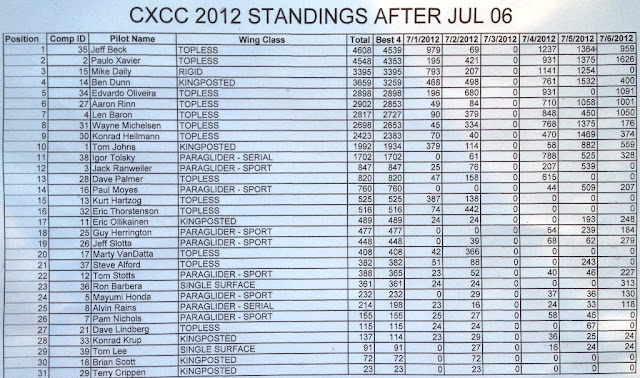 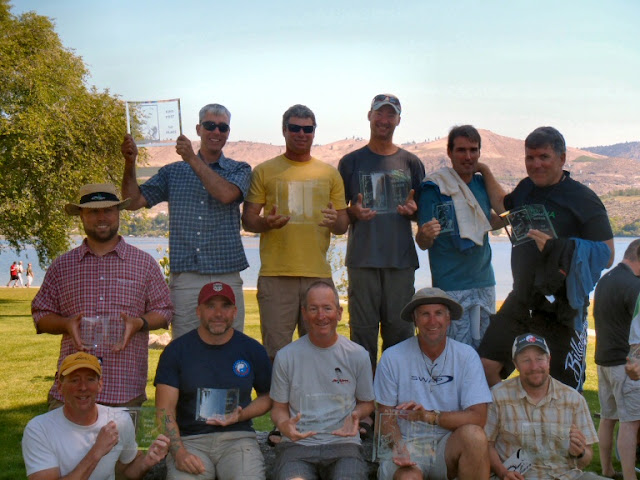 After the awards we swam in the Lake, visited another winery and were treated to a very nice BBQ at our hosts Tom & Laurie. The Brazilians showed us how they BBQ, it was a fantastic evening.

And no trip to Chelan is complete without fireworks, the town celebrates Independence day a few days after so everyone can see them. Seeing all the boats on the lake watching them is pretty interesting too. 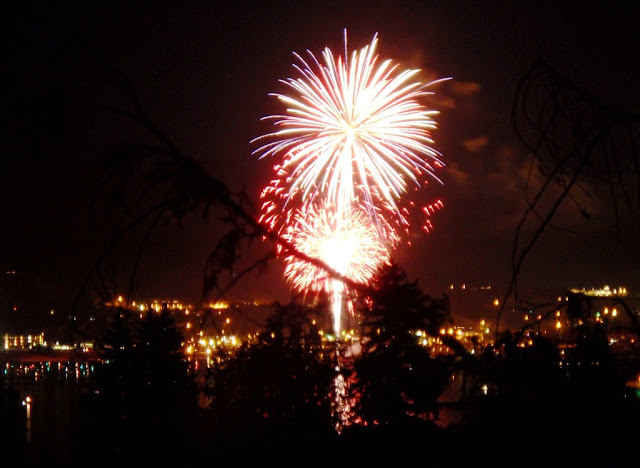 The week went very smoothly but for one incident, which put a fellow pilot in Hospital. He could use some support and encoragement for which there is a website setup. link. Best of luck with the rehab Eric.
Labels: chelan, hang gliding
Location: Chelan, WA 98816, USA


Butte MT has it's on persona and history that provides depth character and soul. Visit Butte MT and
learn about the history and story of this captivating city.